Pies Are The New Cupcake...So Let's Revive Some Pie Sayings

Now that we're all just about cupcaked out and with all the talk about pies being the new cupcake, I've been wondering...are pie sayings going to come back in style now as well? Do you realize how many sayings there are that have the word pie in them? What is it about pie that makes people wax philosophical about it? Is it the beauty of its simplicity that makes it such a classic or it just that it's short and easy to spell? Let's explore some pie-isms and find out.

Pie In The Sky

In 1911, a Swede named Joe Hill who had immigrated to America wrote a song criticizing the Salvation Army. Hill, a labor activist and songwriter, was disgusted with the Salvation Army's idea that saving people's souls from eternal damnation was more important than actually feeding those same souls when they were hungry. Hill, using the tune to "In The Sweet Bye And Bye," penned the following verse and included unknowingly, a pie-ism that from that day forward would mean something that is desired, but unattainable:

You will eat, bye and bye,
In that glorious land above the sky;
Work and pray, live on hay,
You'll get pie in the sky when you die.

As American As Apple Pie

"As American as apple pie" is kind of the abridged version of the phrase "As American as baseball, motherhood, and apple pie." Of course, the Chevrolet people got hold of it later and changed it even further by dropping mothers out altogether (what?!) and making it into a little jingle, "baseball, hot dogs, apple pie, and Chevrolet." Imagine, mothers getting bumped by hot dogs, how rude! No one seems to know where the phrase came from, although a variation of it was used during WWII when soldiers were told to give this response to reporters when asked why they were involved in the war..."We're fighting for mom and apple pie!" At least moms got knocked back into that equation...

As Easy As Pie

How did pie get to be "easy"? I don't really think anything is easy about making a pie and the other interpretation of "easy" doesn't exactly suit. No one knows the true origin of this one either, but it did show up a lot in the 1880's, particularly in the writings of Mark Twain. He mentioned a lot of things being "as nice as pie" so this one was probably a variation on the phrase "as easy as EATING pie." I would think that's pretty doggone easy, at least for me, so I completely get that. All kinds of spin-offs came from that like "a pie assignment", meaning that you got a great and easy assignment. There's also "pie boy" which means a wimp or slacker, someone who takes the easy way out of everything. Or "half pie" meaning you really didn't put much effort into something.

“800 Sayings by Old Folks Who Raised Us”
Buy Now

OK, what exactly is a humble pie? The phrase means admitting you're that horrible "W" word, you know, the one that ends with a "G" and has a "ron" in the middle? No one likes to say the word, must less admitting they could be it. The phrase humble pie" had some humble beginnings. It certainly doesn't sound the least bit appetizing. "Humble pie" actually is a kind of language migration from the phrase "umble pie." Umble was a European term referring to the entrails of animals like the liver and the heart. The entrails were cooked into a pie...mmm...doesn't that sound yummy? Umble pie was generally eaten by the lower class, who made the best out of whatever game they caught by making a meal out of every possible part they could, and dates back to the 1300's. Sounds like a toss-up, doesn't it...eating umble pie as opposed to eating humble pie? I think I'd choose the latter! 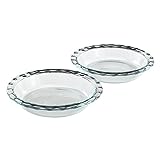 Finally, there are the nicest of pie-isms...the terms of endearment. There's sweetie pie and honey pie and sugar pie and sugar booger pie. OK, I made that last one up, there's no term of endearment called sugar booger pie...although there is one called sugar booger. Yes, I know, only in the South, right? You have to admit, though, comparing someone to pie is kinda nice. It's sweet comforting, and kind of old school, but in a good way. As long as you're not comparing someone to the crust, because then they could be a little flaky. So do yourself a favor and go eat some pie and use a few pie-isms while you're at it. It'll make the pie taste that much sweeter!

Art of the Pie: A Practical Guide to Homemade Crusts, Fillings, and Life
Buy Now