I am interested in all things Entertainment, including style, movies, celebrities and TV, action, comedies and sci-fi and even video games.

...no one can deny that this adorably cute and beautiful actresses, with diverse talents, had her entertainment career launched by the Power Rangers...

As a youth, Amy Jo Johnson competed worldwide as a gymnast. Within a few years after retiring prematurely from gymnastics due to a serious injury, Amy found herself in the very prominent role as the now very famous Pink Power Ranger of the Mighty Morphin Power Rangers, a massively popular kids' TV show that ran from 1993 to 1996 and spurred many incarnations of the program.

In the show, Amy showed off her physical talents and her acting talents. Appropriately, the show matched her well; a show in which teen super-heroes, in colorful spandex costumes and wearing cooly-designed helmets with sleek visors, battle the evil powers in the Universe that are trying to destroy the planet. The heroes battled the bad guys, using martial arts skills, acrobatics and special magic of sorts.

Well, Amy is athletic, magical and, no doubt, looks good in pink. The role suited her well. Though, she hates the type-cast and never let it stick. She also admits that fame had a very shocking effect on her in those early days and even gave her nightmares.

But no one can deny that this adorably cute and beautiful actress, with diverse talents, had her entertainment career launched by the Power Rangers, engaging kids across the globe and becoming the instant crush of boys growing up in the 1990s. 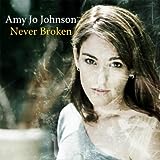 While her co-stars on Power Rangers mostly did not stay in television acting, Amy was able to consistently work on the small screen. She had a prominent role as the friend of the title character in the hit show Felicity, a show in which she specifically requested that her character be a singer, instead of the original plan of the character being a dancer; consequently, and good for us, Amy got to show off her singing talent on the show.

And, indeed, she went on to star in the Canadian hit cop show Flashpoint, and contributed music to its soundtrack.

Amy has lasting power. But it's all so natural. She said she went on a very long road trip, to find herself, and somehow landed in Montreal, Canada, a city she fell in love with, and landed the role in Flashpoint. And she was pregnant!

She admits that that was the point her life became a joy. In the first season of Flashpoint, she was pregnant; in the second season, she had her baby; in the third season, she really settled into her life with her husband and baby; then she said that during the 4th season her life was pure joy. The show, in a way, ushered in Amy's new life with her family!

But Amy didn't stop there.

Since her role in Felicity, Amy has been busy creating music. She is a folk singer, writes songs, sings and plays guitar. She has released several albums and continues to make music.

In addition, she produces and directs short films, some of which have won awards. Her movies tackle serious issues, like life-long friendship, death and the superficial obsession with youth and physical appearance. Truly Amy is interested in depth and meaning in her art.

Amy seems to have naturally kept in touch with her needs and wants, exploring all artistic options that feel right to her and also continuing to have a fulfilling and lasting family life.

And that road trip to Canada seems to have finalized her venture to her complete and joyful life. She has settled there with her family, in a place with which she fell in love.

And no doubt, Amy is still on the right track.