Synopsis: A slave-turned-gladiator finds himself in a race against time to save his true love, who has been betrothed to a corrupt Roman Senator. As Mount Vesuvius erupts, he must fight to save his beloved as Pompeii crumbles around him.

- Mediocre script that offers little to no effort in developing the characters, or the relationships between them.

- The movie has a few pacing issues, as some of the scenes tend to drag on longer than they should. 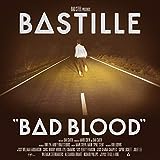 "Pompeii" seems like an epic romance film that probably should've came out in the nineties, when disaster movies were popular. After all, they were sort of the going rage after movies like "Twister" and "Titanic" were huge box office successes.

But for whatever reason, it seems like Hollywood is trying to bring disaster stories back these days. First, there was "Into the Storm" that fell miserably on it's a**, and now we have this mess.

Like James Cameron's infamous "Titanic" film, "Pompeii" is a tragic love story between two star crossed lovers. One happens to be a slave turned gladiator, while the other is a beautiful young girl that comes from a prestigious family. Gee, isn't that eerily similar to the premise of "Titanic?"

You have two people that come from different social classes in society that happen fall in love, yet the backdrop to their romance is a real incident in history. Focusing on the fictional characters while having them interact with real life historical events has been done before. After all, "Titanic" and "Forest Gump" excelled on it quite well. Sadly, "Pompeii" doesn't.

And the reason why it doesn't work in comparison to the those other films? It's because even though the fictional characters weren't real in "Forest Gump" and "Titanic", they were still treated like actual characters. They were given personalities, and compelling back stories that made them interesting. We not only saw these characters go through some epic moments of triumph, but we also saw them during their low points as well.

As much as I bashed "Titanic" for being abysmally over hyped, I will give the movie credit for at least making you feel something for the characters. When Jack Dawson died in the film, it was arguably one of the most touching moments in cinematic history. Hell, whenever Forest Gump went on some long winded speech about how much he loved Jenny, it was heart warming.

It was because both those movies gave you reasons to believe their love was real, and each couple was given enough screen time to pull it off.

Whereas the romance in "Pompeii", you don't feel anything because the film itself never gives you a reason to. Majority of the characters have cardboard wooden personalities that would easily make any of the characters from "Fifty Shades of Grey" seem more interesting by comparison. The romance feels forced, and underdeveloped. The two lovers rarely ever talk to each other, and they're given little screen time together as well. In fact, the only real reason the movie gives you to believe they love each other is both physical appearance and plot convenience. That's basically it.

And when you add those things together, you find yourself not really caring when the volcano erupts in "Pompeii." Sure, it tries to be this big epic romance movie, with a historic natural disaster backdrop, but it fails miserably because it forgot to establish the characters, and their relationships with one another. Instead of treating the characters like they were people, the script treats them like they're props to move the story along.

And if the movie doesn't give a damn about fleshing out it's own characters, then why should we care?

Sure, the special effects are fairly decent, but everything else about this movie is atrocious. The acting is bland, and the direction was horrendous as well.

Overall, I would definitely pass on "Pompeii." Although I may have given "Fifty Shades of Grey" a hard time, but this film makes that one look like an Oscar contender by comparison because "Pompeii" is even worse than that pile of s***.

Still not the worst love story that I've ever seen, but it comes damn near close to it. It's almost a crying shame there's no nearby volcanoes around because I would hurl myself into one before ever watching this piece of crap again.