I'm Rachelle, a.k.a "TheMotleyChick," a lover of eclectic but ordinary people, situations, and topics. I love sharing helpful resources.

The film is actually a remake of a Broadway play from the 1920's, and a previously released classic film of the same name, "The Bat" (1926).

Both films are in the public domain, but the acting talent of Price and Moorehead make the remake shine.

Because the film has fallen into the public domain, you can watch it online for free on many different sites. If you don't mind watching it on YouTube, you can watch the entire film at the bottom of this hub.

Also, if you have Netflix, you can probably drop it in your Qwikster queue, or watch the film online there as well.

If you want to own it, you can usually purchase it online for a few bucks.

What could more could you ask for in a horror film?

In order to write her next novel, Miss VanGorder rents "The Oaks" for the summer. "The Oaks" is a stately mansion, that is located way out in the middle of nowhere (of course), in the eerie rural region of an unnamed town.

When Miss VanGorder and her staff of servants arrive at The Oaks, they discover that there had been a series of murders committed by a dastardly villain, known as "The Bat."

The murders were committed more than a year ago, but the townsfolk suspect that he has returned to the are to wreak more havoc upon them.

During the first five minutes of the film, the servants are scared off by the rumor of more murders, and the only one left is Lizzie Allen, Miss VanGorder's maid of twenty years.

From a newspaper article read by Lizzie, in true partially gossipy and partially nervous form, we learn that The Bat has been said to have released rabid bats (animals) into the area in order to cause more fear amongst the townsfolk, and add a new layer of terror to his legend.

Lizzie jumps at her own shadow, and Miss VanGorder has nerves of steel - the pair play off of each other's weakness perfectly.

It is apparent that VanGorder frequents The Oaks, because she seems to be well acquainted with the townsfolk. When she pays a visit to the bank, we learn that the bank manager, Mr. Flemings, is the owner of The Oaks, and he has gone off to the deep woods for the summer (who actually does such a silly thing?).

Unbeknownst to VanGorder, it is revealed to the audience that someone has made off with a hefty amount of bonds at the bank. Mr. Fleming is one of only two people who have access to the special vault in which the securities are kept.

The young man who discovers the missing securities, Bailey, is the other person with access, so it is assumed that he probably isn't the thief.

However, Mr. Flemings is assumed to be wealthy, and not in need of money, so what motive would he have? (When was the last time a rich person decided he/she didn't want to be richer?)

Meanwhile, Mr. Flemings is shown in his cabin in the woods, alone with his physician, Dr. Wells - enter the master of horror, Vincent Price (Dr. Wells).

Oddly enough, Mr. Flemings admits to Dr. Wells that he is indeed the thief of the stolen securities.

Flemings seems like a nice old dude, but in actuality, he is a cold-blooded psycho who tries to get Dr. Wells to kill their guide (unknown/unseen/unimportant), and make it look as though the body is his (Flemings).

Flemings' lame-brained scheme is to split the million he scarfed from the bank with Wells, and pin the burglary on Bailey - this he reveals in a very casual tone, with the coolness of a cucumber...

Flemings tells Dr. Wells where he has hidden the securities in a secret compartment at The Oaks. When Dr. Wells questions Flemings about what he thought would happen if he did not go along with this crazy plan, Flemings actually tells Dr. Wells that he would just kill him (again, he doesn't break a sweat when talking this crazy nonsense)

The End (of this synopsis)

But...the final tee hee hee is on Mr. Flemings, because Dr. Wells pulls out his shotgun and blasts Flemings away...now he's (Dr. Wells) got access to ALL of the money (Duh Flemings)...but what to do with Miss VanGorder and Lizzie Allen?

You will never guess the murderer's true identity.

If you want to know what happens, you'll just have to watch... 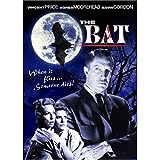