"We are MOTÖRHEAD...and we play ROCK AND ROLL!" - Lemmy's announcement at the start of nearly every Motörhead live set

Born to Lose, Out to Lunch

I was browsing Facebook on December 28th, 2015 when the news suddenly broke that legendary Motörhead frontman and heavy metal icon Ian Fraser "Lemmy" Kilmister had passed away at the age of 70. I was tempted to call "bullsh*t" when I saw the first post about it, because there had been several tasteless Lemmy "death hoaxes" over the past year or so - inspired by the man's well publicized health issues, which had necessitated the slowing down of Motörhead's near-constant touring schedule. As much as I wished to believe that Lemmy was immortal and someone would eventually say "just kidding," my news feed slowly began lighting up with tributes to the man from the Facebook pages of many other bands and musicians that I followed, like Anthrax, Ugly Kid Joe, Judas Priest, Ozzy Osbourne, and KISS. I knew then that this must have been the real deal. Finally, an announcement on Motörhead's Facebook page made it official: Lemmy had passed away "after a short battle with an extremely aggressive form of cancer," and hard rock had lost another one of its founding fathers. As a fan, I could only think of one way to mark the man's passing - by playing some Motörhead music as LOUDLY as possible, and toasting him with a beer and a shot of Jack Daniels.

A Life in Rock n Roll

Born on Christmas Eve 1945 in Stoke-on-Trent, Staffordshire, legend has it that Ian Fraser Kilmister earned his nickname "Lemmy" at an early age due to a youthful addiction to slot machines - the perennially broke youngster poured so much money into them that he was constantly asking friends, "Can you lemmy (lend me) a quid?" When he discovered rock and roll music as a teenager in the late 1950s, it became another lifelong addiction. Taking up the electric guitar, Lemmy began playing in a number of short lived local bands and also witnessed the infant Beatles playing live during their formative club days at the Cavern in Liverpool.

After a stint in The Rockin' Vickers, with whom he recorded several singles, Lemmy relocated to London in 1967, where he shared an apartment with Noel Redding of the Jimi Hendrix Experience. Lemmy served as a roadie for the Experience while trying to land a permanent slot in a new band. Lem spent five years as the bass player in the British psychedelic-space-rock combo Hawkwind, but they kicked him out in 1975 when he got busted for amphetamine possession during an American tour. To hear Lemmy tell it, he got even with his former Hawkwind band mates by "screwing all their girlfriends" before heading back to the U.K. to form his own band. Motörhead was named after the last song Lemmy had written for Hawkwind and their no-frills, aggressive sound was described in early press releases as "speed freak rock and roll," further boasting that that if the band moved in next door to you, "your lawn will die." Their self titled debut was released in 1977 and the endless album/tour, album/tour schedule that followed cemented Lemmy's rep as a road dog and rock and roll lifer.

Motörhead were never a critical favorite and never set the Billboard charts ablaze, but they carved out a fanatical cult following that spanned the globe during their nearly 40 year history. Thanks to relentless touring in support of such late '70s and early 1980s favorites as Bomber, Ace of Spades, and Iron Fist, they became the favorite band of bikers, punk rockers, metalheads, and underground music freaks of all stripes. Their discography consists of twenty-two studio albums and countless live records, "best-of" compilations, singles, EP's and concert videos. (He who dies with the most Motörhead stuff wins.) The latest Motörhead disc, Bad Magic, was released in August 2015, and the band had completed its most recent European tour in support of the disc on December 11 in Berlin - mere weeks before Lemmy's passing.

In spite of their massive influence on bands like Metallica, Anthrax, and Slayer and regularly being cited as the godfathers of "speed metal," Lemmy said many times that he never considered Motörhead to be a "metal" band, preferring to describe his music simply as "rock and roll."

Over time, Lemmy's persona became just as iconic as his music. With his trademark mutton chops and 'stache, his uniform of black leather, cowboy hat and torn denim, and his cigarette and whiskey always close by, he became Heavy Metal's answer to Johnny Cash or Keith Richards. His hard-living ways led to a popular joke that the only things likely to survive a nuclear holocaust would be cockroaches and Lemmy. 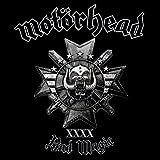 Like many American teenagers, I first became aware of Motörhead in the early 1980s due to their appearance on "The Young Ones," a British sitcom which was re-run regularly on MTV. I am not 100 percent sure but I believe the first Motörhead song I ever heard was "Killed By Death," from 1984's compilation No Remorse, which spanned the band's first decade of existence.

I was lucky enough to witness their live assault once -- as part of 1991's ill-fated "Operation Rock & Roll" heavy metal package tour which also featured Judas Priest, Alice Cooper, Dangerous Toys, and Metal Church. Lemmy and the boys were sandwiched in the middle of the bill between the Toys and Alice, and even though the arena was only half full, it was definitely a Motörhead crowd. The audience treated the glam-oriented Toys as an obstacle and mercilessly boo'ed them throughout their set. The biggest applause of the night went up after the Toys left the stage and their banner was replaced by one featuring Motörhead's trademark wart-hog mascot, "Snaggletooth." Lemmy then stalked out to center stage, calmly announced, "'Ello New Jersey... we are MOTÖRHEAD, and we play ROCK AND ROLL!" and they commenced blasting. It felt I was like standing next to a jet plane during takeoff! I have only vague memories of their set list after so many years but I'm fairly sure that "Ace of Spades" and "Iron Fist" were included, and I believe I was slightly annoyed that they didn't play "Eat The Rich," which was my personal fave Head tune at the time.

I never did get to see Motörhead live again, but from that point on I became a faithful follower, enjoying Lemmy's dry wit whenever he was interviewed in a rock magazine, and collecting Motörhead CDs whenever I came across them. Even all these years later, I am still a long, LONG way from having anything resembling a complete Motörhead discography, but I'm always on the lookout for more. In fact, just a few days prior to Lemmy's passing I had been thinking that I needed to pick up their newest album, Bad Magic. I did finally buy the disc a day or two after I originally posted this Hub, and though I have only had time to give the new album a couple of quick spins, I already think I like it better than Motörhead's last album, 2013's Aftershock - maybe it's just me, but it feels more aggressive, and seems like it has catchier hooks. Maybe Lemmy knew on some level that Bad Magic could be his last record and therefore kicked things up a notch to go out on a high note?

A 2010 documentary film about the man, simply titled Lemmy, was famously sub-titled "49% motherf**ker, 51% sonofab*tch." In my book, that adds up to 100 percent LEGEND. We will never see another one like Lemmy, but he will live on forever through his music and in the hearts of millions of fans around the world. Thank you for all of the awesome cranium-crackin' tunes, sir. Lemmy forever!! 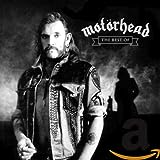 Best of Motorhead
There are many Motorhead best-of collections available. None are truly "complete" but this 2-disc set is a pretty damn fine starter kit for those new to the band..
Buy Now

Everything Louder Than Everyone Else (live) - CMC, 1999