A first Look at the Beautiful Erika Miyoshi

Happiness with the right attitude is the right approach. The next celebrity that we will be discussing that should make fans everywhere happy is Japanese pop music singer "Erika Miyoshi". Miyoshi was part of the unit called v-u-den. The name of this group is sometimes called Biyuden. You can remember the name of this sub-unit in whatever way you wish. I will also be attempting to describe how Erika Miyoshi has been part of Japan’s pop culture scene since her debut in 2001. Erika Miyoshi was born in the city of Saitama on November 8, 1984. This writer first heard of Miyoshi back in 2011 and 2012. I had been covering the life and career of Atsuko Inaba, another pop singer that was part of Hello! Project. Here are some of the reasons that the world should take notice and read about Erika Miyoshi.

Erika Miyoshi meets rejection but eventually gets into the entertainment industry

Every celebrity starts their career in a certain way. But for Miyoshi, that start would come with a rejection. She auditioned for Morning Musume’s 5th generation but she did not pass it. Her first plan was to make her debut as a solo singer. But nothing materialized and she auditioned for Hello! Project and eventually won that audition. She would then join Biyuden with Rika Ishikawa and Yui Okada in 2004. As this example shows, sometimes not only does a person’s plan A not work out but also their plan B might not work out. For Miyoshi, plan C which was joining Biyuden worked out. Biyuden was active until June 2008. They released 10 singles and two albums. Their first album is called Suite Room Number 1. Their second album released in 2007 is called v-u-den Single Best 9 Omaketsuki. The group’s meaning has three words that define it. These words are beauty, bravery, and legend. In December 2009, Miyoshi and Okada would briefly reunite to perform two shows. One of them was something called a dinner show which was done on December 20th of that year and the other event was a special live show on December 23rd.

In spite of her initial rejection, we have to assume that Miyoshi persevered and successfully made it into celebrity status. In life, when you are dealt the rejection card it is important to get back up, have a fighting spirit and continue to work towards your goals.

How is Erika Miyoshi’s birthday Significant?

I’d like to put this in perspective to discuss the significance of this. It may seem like her birthday is just another day but to fans of Japanese gravure models that is the birthday of gravure idol and actress Yoko Mitsuya.

What is Erika Miyoshi's contribution to Japan’s pop culture?

Erika is more than just a singer. She has been involved also as a stage actress, kickball player, and bikini model. It would be in August 2008 that she would get her first real theatrical experience. She starred in the play called Kaba 2. A few months later in November 2008, she starred in the stage play called Nekome Club. In 2009 after her graduation from Hello! Project Miyoshi would have a busy year. She would star in several plays including the sequels to the Kaba plays (Kaba 3) and the second Nekome Club stage play. Miyoshi has also been physically active. She was a part of the kickball team called Metro Rabbits H.P. with her band mate Yui Okada and several members of Morning Musume.

"Ice Cream To My Purin"

Miyoshi got married on April 8, 2013 to an IT company worker. She would give birth to a daughter on January 19, 2017. Miyoshi is skilled in cooking, playing tennis and doing an Antonio Inoki imitation. However, she does not like salmon roe and sea urchin roe. She enjoys listening to music and watching movies. Miyoshi is also a graduate of Actors Studio. She is a good friend of her former band mate Yui Okada and Morning Musume’s Reina Tanaka.

Most Beautiful member of Biyuden

Who is the most beautiful member of Biyuden? 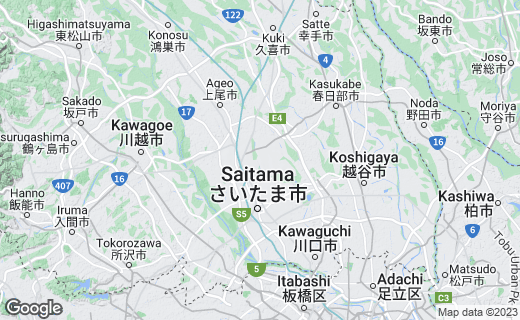