Recasting a Classic: Gone with the Wind

Today I forced my movie buff boyfriend to watch Gone with the Wind, arguably the greatest movie of all time, because A) he had never seen it, B) he loves the Civil War and C) he loves history. While watching, he complained and said that when it gets remade they need to do it better.

Besides my disgust at his lack of appreciation for one of my favorite movies ever, I argued that there are some movies that cannot be redone - they are too epically classic to change. Movies like Star Wars and Gone with the Wind will never be touched again. This discussion led to a great game of "What if...?" where we and others decided to cast the remake of the movie with current Hollywood actors.

The role of Scarlett is the most important casting decision, just as it was with the original movie. David O. Selznick, the producer and machine behind the movie, auditioned every major, minor, and nonexistent actress there was for the role. Vivien Leigh, a young British actress, was desperate to play Scarlett. Even with the odds against her, she swore the role would be hers. Her casting is one of the great old Hollywood stories.

They had begun filming Gone with the Wind despite having not cast their female lead. The first scene they shot was the burning of Atlanta. Vivien Leigh was introduced to Selznick amidst the flames and he fell in love with her for the role of Scarlett. That night, she became the front runner, even though at first she had a poor Southern accent and had gone through none of the auditions or fittings.

Vivien Leigh won the role and, even though halfway through shooting she was miserable and wanted to stop, she portrayed the perfect Scarlett. In the novel, a lot of what the reader learns about Scarlett's character comes out while reading her internal thoughts. Since the movie was not going to do a voice over narration, Vivien Leigh had to portray through facial expressions every scheming, plotting, and desperate thoughts. She did so magnificently, perfectly matching the book, and won an Oscar for her portrayal.

Therefore, the discussion of which modern day actress would play Scarlett was a heated one. The most obvious choice was Scarlett Johannson, but she seems to have two character tracts - devious sex bomb and shy meek girl. There is none of the balance which Vivien Leigh portrayed.

Next on the list was Natalie Portman. Even though her acting in Black Swan was amazing with that balance between good and evil, I feel like Natalie Portman still has too much innocence to her face to portray the maturity Scarlett gains, along with the sexuality.

Since I rejected Natalie Portman, the next closest choice was Mila Kunis. I thought for sure she would be cast as the perfect Scarlett, except for the fact that she is unfortunately too dark toned to play a porcelain Southern Belle. That, and I feel like she would have more problems with a Southern accent than Vivien Leigh did originally.

After much discussion, the final choice and clear winner was Kate Beckinsale. She has the looks, the acting chops, the sex appeal with the ability to turn on the innocence, and shrewd scheming. She's exotic while retaining the Southern look and her face is perfect with her slanted cat eyes and slanted cheekbones. The only flaw I have with her is she may be too old to play Scarlett, but otherwise she is perfection.

In spite of the fact he refused to do a Southern accent, Clark Gable plays a perfectly suave, sexy, smirking, and sly Rhett Butler. To fill his shoes would be difficult, and I am still unsure of who is the front runner to play him.

My two runners-up for the role of Rhett go to George Clooney and Matthew McConaughey.

George Clooney would be the perfect guy to play Rhett. He has the looks, the charm, the smirk, and can do playful and serious seamlessly. My only issue with him is his age. Clooney is way too old to play Rhett. He would have been perfect around his Batman role. Now his age is pushing it.

Matthew McConaughey definitely has the Southern down. He has the intense gaze and the smirk. After seeing Lincoln Lawyer and A Time to Kill, I know he can be both serious and playful. My problem with him is I feel like McConaughey has become too much of a character to play someone that iconic. I could easily be dissuaded by this notion with a good argument in his favor, but for now that's my stance.

My two front runners for the role of Rhett go to Gerard Butler and Timothy Olyphant. Both of these guys, I feel, have great potential. Butler has an acting range I feel he hasn't explored enough. It was seen in The Phantom of the Opera and P.S. I Love You, but his movie choices are making him look comical. Olyphant has the advantage of being relatively unknown compared to other superstars. Playing Rhett could be an opportunity to stretch his wings a little. I think they both could do a lot with the role.

Here are my problems with each of them. Butler would actually have to tone down the rogue a little bit, along with his body. He is slightly too thick to be Rhett, so he would have to slim all of it down. Not the ripped 300 guy, just slimmly toned. Olyphant would need to make himself more into a character. He has done well simply acting, but hasn't put enough memorable moments into his characters to make his name stand out. Rhett is expressive while still remaining cool and confident. Olyphant would need to work on that.

Leslie Howard did a wonderful job blending all the intricacies about Ashley Wilkes from the novel onto the screen. He made Ashley romantically unattainable so Scarlett would have a motivation for pining after him for years. He showed Ashley's soft, dreamy side before the war and shifted to his tired, tortured side after the war, waxing poetics the entire time. Leslie Howard was able to do this so well because of his extensive Shakespearean training on the stage. It would be hard to find an actor in today's day and age able to blend those roller coaster personality traits.

Michael Fassbender came out as a leading choice to play Ashley after much, much reflection. Not only does he have the look, but he has played all of the traits of Ashley throughout various roles. While audiences have seen his expression looking fierce and dangerous in X-Men: First Class, Fassbender can also nail the puppy dog Ashley eyes in movies like Jane Eyre. He has all the great qualities that can pull off Ashley Wilkes.

I threw in two runner ups, Jude Law and Robert Pattinson, just to cover bases. Jude Law looks so much like Leslie Howard and can definitely do the puppy eye romantic role. I think he may be slightly too famous to play the role. Robert Pattinson definitely has the romantics down and will make it easy for audiences to believe Scarlett is able to pine after Ashley for years and years. I also believe his acting has great potential. My biggest problem is he may be too attractive to play Ashley. Whoever plays him cannot be more attractive or sexier than Rhett.

The other very important roles to cast would be Melanie Hamilton and Mammy. These roles are almost too easy to cast and I couldn't come up with specific actors that would be perfect. Melanie could be played by literally any actress today. It does not matter who. Mammy I could see being played by so many specific actresses I could not list them all. Also, the actresses I keep casting in my head are ones who have done similar roles (like any of the maids from The Help). 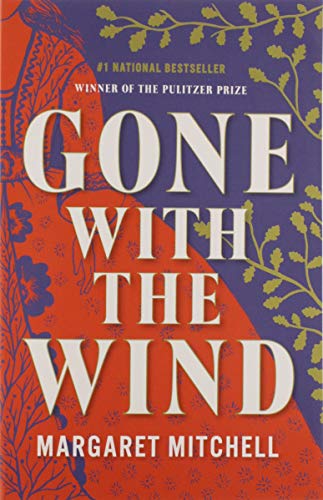 I would really love to know what you think about these casting choices or if you have any ideas of your own. It's quite fun being the casting director for an imaginary movie, so give it a whirl!