Review of A Walk Among the Tombstones

A former New York detective, Matt Scudder, is convinced to search for the criminals who have been kidnapping and killing the wives and girlfriends of drug dealers. Scudder refuses at first, but once he understands the brutality of the crimes and is convinced that the husband of one victim has a shred of humanity, Scudder goes about the hard investigative work of tracking the habits and patterns of the criminals and piecing together a means of finding them and delivering them to justice.

A Special Set of Skills

The director, Scott Frank, does a remarkable job of framing and shooting the movie so that it seems both grim and familiar. New York of the late 1990’s does not look glamorous or at times habitable. Most of the characters are working class or poor, aside from some of the drug dealers, and the sense of danger is slow but perpetual. Plenty of wide and medium shots give a real sense of the space that the characters inhabit, and it allows for many prolonged shots where the actors carry the scene and not slick post-production or camera tricks. As such, the action is always easy to follow with little to no shaky cam or other techniques to obfuscate the happenings on screen. Similarly, there is no excess dialogue or scenes of deliberate exposition when a simple, single shot or pan of the camera will do.

While the plot may be described as a dark but traditional private eye story with some noir styling, Liam Neeson as Scudder elevates the material. Where other action hero types can play grim and stoic, Neeson does so but adds a sense of soulfulness. He not only has the gravity as Scudder who knows he lives in a dark and corrupt world, but also projects a cautious sensitivity with his words and face that can come through because of the director’s style.

All We Have to Fear

The principle theme of the whole movie is fear. The tagline, spoken in the film by one of the unsavory antagonists, is “People are afraid of all the wrong things.” The audience understands this with the hindsight concerning 1999. The prevalence of advertisements and public notices about Y2K seem surreal and quaint because the audience knows what horror await New York in the near future and it has nothing to do with personal computers. Inside the story, however, these fears are real for most of the characters with the possible exceptions of the technologically unskilled Scudder and TJ, a homeless boy in the library who is too savvy to be concerned with nonsense like Y2K when the concerns of living on the streets are immediate and real.

This thematic emphasis shows rather than tells how pervasive fear undermines the strength of any community. It prevents victims from going to official channels for help because they’re afraid of how the police and their illicit competitors will react. Fear keeps people from making confessions to their friends and love ones, providing the sort of information that might help people avoid these entanglements in the first place. Also the fear of what will happen constricts the actions and movements of many characters, increasing the likeliness of their victimhood.

Fear also acts as the primary catalyst for the antagonists. In one of the few moments where anything is explained about them, a witness to their crimes says they are excited by causing fear with their sadism. Their meticulous organization and planning of their crimes is designed to create terror in everyone from their victims to the loved ones of their victims to the people who stumble upon the remains of their gruesome dismemberments. Near the climax of the film, one perpetrator, while aiming a gun at Scudder expresses utter disbelief; he wonders what is wrong with Scudder because he does not show fear. This is a scene where Neeson conveys the strength and weakness of Scudder simultaneously. The audience knows from repeating scenes of Scudder at A. A. meetings and from his quiet confession to TJ why he is no longer with the police. Scudder says he doesn’t know why he isn’t afraid, but the audience does. He is a man struggling to forgive himself for the fatal repercussions his drunken and careless actions. He isn’t afraid because death would be a release from the pain of being alive, but Scudder also understands that only through enduring that pain can he hope to achieve some measure of good.

Shadow of the Grave

The movie does have some significant flaws. Not everyone performs to the same level as Neeson, and roles for female characters are limited. Those looking for any strong female role will have to seek it elsewhere. The slow pace, especially in the early parts of the movie, is not problematic in itself, but contemporary audiences may be unwilling to sit through the slow building of dread and the series of interviews, research, and the evidence gathering that is Scudder’s method. He is a character that would rather study and talk his way to the end of a case than solve every problem with violence. On the subject of the investigation, though, it is not always clear to the audience what exactly Scudder is investigating as his delving into similar cases happens without explanation, just as the audience isn’t always aware of when and how he makes his conclusions. These elements tend to be standard in detective stories of this nature, but they can risk turning off an audience that wants to be closer to Scudder even as he attempts to hold it and the world at arm’s length. The antagonists are deranged ciphers; the audience wants Scudder to be more accessible, especially given scenes where Neeson shows the depths of his character’s vulnerability.

A Walk Among the Tombstones is a well done is exceptionally dark detective movie. Its pace may be too slow for audiences weaned on 88-minute special-effects extravaganzas, but for anyone interested in a well-shot film that takes its time to breath and follow a grim investigation into fear and retribution, then this movie should be on a short list to watch. 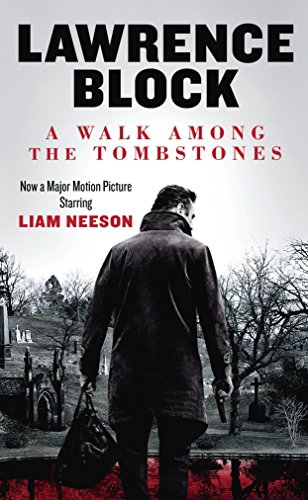