Review of Movie 'her' starring Joaquin Phoenix and Scarlett Johansson

Spike Jonze is the director of several other movies including Being John Malkovich (1999) and Where The Wild Things Are (2009).

The Movie Her : Introduction

Set in the near future in Los Angeles this is a 2 hour romantic comedy all about the loss of love and the relationships we humans have with computer technology.

Overall I found Her a bit soppy, trite even, yet I also thought it fascinating. Contrary to popular criticism it is not a terrible film.

Joaquin Phoenix is excellent as the sensitive ghostwriter Theodore Twombly, a dreamy romantic creator of letters for sad people. His life is in turmoil however because he's going through divorce proceedings with his long term sweetheart for reasons we're never quite sure of.

It's a subtle story concerning a rather lonely introverted male who wears strange trousers (ok grandad pants) and is in an emotional vacuum because he split with his long term wife. But when he begins to form a strange relationship with his OS - Operating System voice, advanced - played by Scarlett Johansson - his life changes for the better. Temporarily.

This movie makes you think deeply about our relationship with artificial intelligence, our obsession with gadgets and the definitions of love, lust and logic.

I think it's worth watching for Phoenix alone. He manages to convince us that his internal emotional world is alive once again, stimulated by nothing more than a seductive and convincing electronic voice.

In the end he gets through and returns to the world of humanity again but you're left in no doubt that artificial intelligence can have a powerful effect on us poor unfulfilled humans.

Ever fallen in love with a computer? Ever had regular sex with the ethereal voice of an OS - Operating System (advanced version)?

Yes, that's right, sex with a voice, only a voice. Yet this voice belongs to a friendly, sociable and positive female, Samantha, a kind of secretary, escort and counsellor all in one. She comes in a handy wallet sized device which can be placed in a pocket or on a bedside table.

Scarlett Johansson is the voice and plays her role superbly, delivering just the right amount of nuance when needed. Her silky tones can be heard at all times of day and night.

The leading male, Theodore Twombly, Joaquin Phoenix, is a sensitive soul, a writer of sentimental letters for other people. He's going through a painful divorce procedure from his childhood sweetheart and needs help. Friends and work colleagues just aren't enough, and there's no hint of family involvement.

So, cue artificial intelligence device. He gets an amazingly articulate new OS to help him pass the time and organise his thoughts.

From the outset they get on like nobody's business, chatting away merrily, sharing jokes, warming to each others small talk.Samantha turns out to be the perfect companion, someone to confide in.

Eventually the two fall in love and that's when the movie really gets going.

'My timeline is computers will be at human levels, such as you can have a human relationship with them, 15 years from now.'

' I'm talking about emotional intelligence. The ability to tell a joke, to be funny, to be romantic, to be loving, to be sexy, that is the cutting edge of human intelligence, that is not a sideshow.'

I don't agree but the guy makes a serous point. Are we going to be so inept emotionally in two generations time that we'll need a computer to fulfill our needs?

Scarlett Johansson quote on Her

"With "Her", it was about finding the shape of things and building this character that's almost a babe - but just fresh out of the package in every way."

Best Bits of the Movie

One evening a knock on Theodore's door reveals an attractive if desperate woman willing to take part in Samantha's cunning role play. The woman Isabella (played by Portia Doubleday) volunteered as she was totally thrown by this act of pure love between a man and a computer.

I really liked the tension set up by this weird scenario. 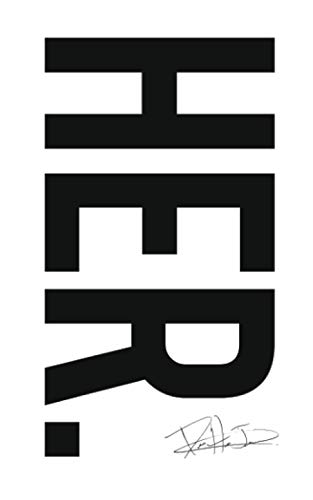 I didn't think the character of Theodore Twombly needed to have his awful ghost written letters made into a book - set up by his OS Samantha who just happened to email a book publisher and send some of Theodore's letters to them.

Certain lines are just too yukky:

Sometimes I think I've felt everything I'm ever gonna feel.

I love the way you look at the world.

I've never loved anyone the way I've loved you.

I mean, come on Spike. I know - you won Best Original Screenplay!!

As computers become ever more sophisticated and 'intelligent' will there come a day when they might even be capable of displaying true emotions?

This movie suggests that they will and, perhaps more importantly, that we humans will have no choice but to form relationships with them. Poor gullible, stupid, helpless humans, becoming emotionally involved with little more than a set of sine waves.

Spike Jonze builds the story with great timing, juxtaposing the ups and downs of human relationships that Theodore experiences with his wife, with that of Samantha, computer generated Operating System 'personality'.

It's not a classic piece of work. There are perhaps some personal issues at play in Her (related to Spike Jonze's ex wife Sophia Coppola and her 2003 movie Lost In Translation, also starring Scarlett Johansson and involving an unlikely relationship) but they're not fully played out.

For me Joaquin Phoenix makes the movie work, his acting skills overcome the weaker parts of the script. I might be biased but his performance made me want to know if Theodore was able to recover from being dumped by his own OS, Samantha.

Joaquin Phoenix is superb in a lightweight yet thought provoking romantic comedy.

Thought Provoking Video on Her

Which is your favourite Joaquin Phoenix movie?