The Album Addresses one of Humanity's Biggest Flaws But Vendetta is Really Good!

Vendetta is a German thrash metal band that this writer had not even heard about until the night of March 18, 2018. Seems like mere coincidence when some people think about how this could have happened. Basically, when you listen to music on YouTube, the site automatically figures out your tastes and gives you recommendations based on your musical tastes and it is the site viewer’s choice if they want to take those recommendations. Very fortunately for me, I decided to take the recommendation that was made as I took a look on the right side of the screen. YouTube is a great source for discovering bands that we may not have even heard of before. Vendetta is a band that is from Bavaria in Germany.

The 5th song Prepare for Hostility is a song that says that it is hard to trust people in the world and that money itself is a brutal thing. The song sounds like Italian thrash metal band Eldritch. The album is full of thrash metal that addresses the big flaw in human nature. Unfortunately, it is much easier for people to hate each other than to love each other. Regardless of the album’s title, this is a rather enjoyable listen even if the songs don’t have as much melody as other bands do.

About the Band Vendetta and Their Musical Style

Vendetta was formed back in 1984 and they were active until 1990 before they disbanded. They re-formed back in 2002 and we are glad that they did. In 2007 they released a short 8 song album called Hate and it is only just over 29 minutes long but it is a good source of thrash metal. By the name of this band, some of us may think that what is on this album may be cheesy thrash metal that has been overdone right? Wrong! What is on this album is really good solid melodic thrash metal that covers the topics of politics, corruption, and what can happen in a society that has lots of liars in it.

The Album Hate by Vendetta is Off to a Great Start!

Hannibal is a solid opening song about someone that knows that GOD is in his head and heart and HE has made us strong and courageous. He thinks that war is on his mind and that he has to rule the world. The melodies are similar to the band Kreator. The last section sounds like the band Annihilator. Then we come to the song Lying Society which is a song that is about the effects of a dishonest society and prostitution is a disease which can spread STD’s so be very careful out in this world! Some hardcore things aren’t watched by many people and some people will spend millions of dollars on products that they should not spend their money on.

More About Vendetta and the Song Lying Society

There actually is a song called Lying Society which has been catchy enough that I’ve already listened to it three times in one night and it will be five by the time this review is complete. Vocalist Mario Vogel sounds like James Rivera and Mille Petrozza. Vendetta are not as heavy as Finland’s St. Hood nor are the vocals as loud, rough, or harsh to make you wonder in awe or basically freeze in amazement but one thing is for sure: this 3rd album by Vendetta is solid from start to finish for 29 minutes.

How Great is the Album Called Hate by Germany's Vendetta? Very Great!

Guerilla is a song about a soldier that is dedicated to going and fighting a war for his country’s brothers as he goes to battle against the elites of the world. Wars are started for reasons such as trying to get control of resources and especially oil and money. The band also tries to keep us aware that there is much hate in this world. Sometimes, the person that we thought was our best friend will take advantage of us and use us. It seems that when we get to the top of this mountain and establish that friendship that it starts to fall off just as fast as our hearts are used and broken. The saying that haters will always hate is accurate. Vendetta also sounds like Sweden’s “The Haunted” in their 4th song called Hate. Mother is a song about a person that is aching on the inside and because of this aching they lied to their mother. Their mother is their faith and source of strength that will bring them back to the place that they should be at. A mother’s love for their child should be unconditional. Rise for Revolution is a song that starts with a passage that has a speech by Dr. Martin Luther King Jr. the song is about the power and influence of money. If you are rich then you have the power especially in a monarchy. But if someone wants to be an advocate for the poor then they have to stand up and take action by protesting and getting involved politically and socially. The poorer people seem to have no power in a society that values the wealthy. No wonder why they say that money talks or that money is power.

Cast your vote for Vendetta Hate

Final Thoughts About the Album Hate by Vendetta

Basically, this 8-song album is a very good album from this German band that was inactive for over a decade. The strongest songs in this album are all of them but Hannibal and Lying Society are the two best songs in this album. Lying Society has one of the best beginning riffs of the career of Vendetta and almost 2 years after I heard of this band, this album is still as solid as before! The start of that song is so impressive it gives me the chills now. The song is also trying to say that there are so many social classes yet no one seems to care about others. It sure seems that way but we have to be the ones that care about others because only we can change ourselves and try to make the world a better place to live. 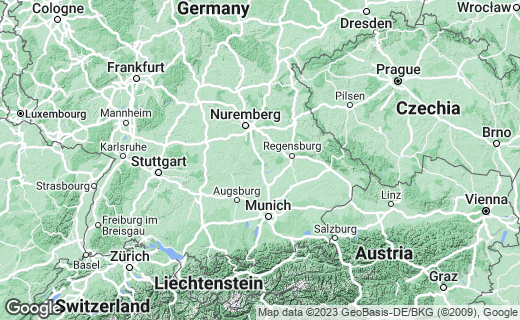