Review of the Album Damnation by Swedish Metal Band Opeth

In the tradition of covering heavy metal bands from Scandinavia (Sweden, Norway, and Denmark), one of the few albums from Opeth that I have not reviewed is their 2003 studio album called Damnation. This is said to be the band’s first progressive rock album and it sounds to me like it is influenced by Fates Warning (think of 1997’s A Pleasant Shade of Grey). Also in this album, the songs are not the usual Opeth length so that may be a relief for some of you heavy metal fans but what is presented here is not extreme at all, but a departure from that and into uncharted territory for Opeth.

This is not the same as the song Damnation by American band Fates Warning and what follows is a beautiful album that is described as having 1970’s progressive rock influences. Whatever it is described as, be prepared to hear one of the best non-extreme metal albums you will ever hear!

What Are the Lyrical Themes for the Album Damnation?

Lyrically, the album addresses themes of loneliness, unresolved conflicts, and a sense that things in life are out of place. What isn’t out of place are the songs in this album that fit so well that this album is almost as good as Ghost Reveries!

"Windowpane" Defines the Beauty and Artistry of the Album

The album was supposed to be released along with the album Deliverance but the label Music for Nations decided to delay the release of this album for a few months. The beautiful opening song called "Windowpane" shows the band’s artistry and technique as the song is basically about a face being seen in the windowpane and then it disappears. Could someone be chased by a ghost? The term artistry can be used to describe this album because music is truly an art form.

Analysis of the Song "In My Time of Need"

"In My Time of Need" has guitar sound that resembles late 2000’s The Gathering and this is in reference to “The West Pole.” The song is about someone that knows he has to end the relationship because he does not know the meaning of the life that he is leading. There is nothing left for him to give so he must depart from the person that he loves.

About the Song Closure

And "Closure" is a song describing a person that has been free of all of his sins as he has been cleaned out. He faces no more pain or upheaval in his life. Then why is he waiting for the darkness to arrive? It must be one of those unanswered philosophical questions of our time. There are times in life that we need to cleanse ourselves of sins that are holding us back. I find myself putting my hand over my heart as I type this because I’m letting the Universe know of the readiness to be cleansed of sin.

Rate the Album Damnation by Opeth

Cast your vote for Opeth Damnation

How Awesome is the Album Damnation?

The album ends with the doom influenced song "Weakness." The song sounds like a modern version of Black Sabbath’s Hand of Doom song and then the progressive style guitar kicks in. There is no further explanation needed as there are no noticeable flaws in this album and so it gets a 99 out of 100 points easily!

A Map of Stockholm, Sweden Where Opeth Was Formed 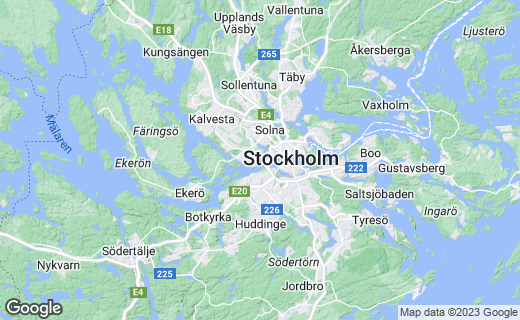 The Album Damnation Versus the Album Ghost Reveries

Is the Album Damnation Better Than Ghost Reveries?