Japanese thrash metal band Ritual Carnage began their career using vocals that sound like a death metal vocalist. Their second studio album called "Every Nerve Alive" is a superior effort to their debut called The Highest Law. Whether I will review the last album of Ritual Carnage called I, Infidel is unknown so we might as well classify Ritual Carnage as one of those forgotten heavy metal bands.

A Brief Synopsis of the Career of Ritual Carnage

Note: when this article was first started the intention was to review just the album Every Nerve Alive. But since the status of Ritual Carnage is now unknown, it is time to take a look at the career of a band that most people will forget about because other bands have been more popular. The career of Ritual Carnage goes back to 1994. The band’s first studio release The Highest Law is more like a hybrid between 1980’s death metal and thrash. Damian Montgomery the only non-Japanese member of this band tries to sound like Chuck Schuldiner and sometimes he sounds like Johan Liiva. It would not be until 2002’s the Birth of Tragedy that Montgomery’s vocals would be more understandable and the band would play music in the true thrash metal style without any harsh death metal style vocals. Now let’s get to the part about the band’s second studio album called Every Nerve Alive released in 2000.

Major Con About the Album Every Nerve Alive: the Lyrics

There is a part in the beginning of the first song that resembles riffing that they would use in their 2002 album The Birth of Tragedy. Once again, Ritual Carnage falls into the trap of having lyrics that refer to misanthropes that come to Earth to extinguish their enemies. This kind of generic lyrical approach is not likely to win over many fans.

Ritual Carnage's style is a hybrid of death and thrash metal but on their next album The Birth of Tragedy the band would abandon the death metal vocals.

The Discussion About the Lyrics In Every Nerve Alive Continued

Death, Judgement, Fate is a song that is an example of what has been discussed here. Lyrics about hell and damnation are not going to win over that many fans though the speed of the album is something to be given credit for. The solos are very similar to bands such as Slayer.

Every Nerve Alive the Songs End of an Ace, World Wide War, Scars of War, & the Title Track

The song End of an Ace is similar in its riffing style to the song All Nightmare Long by Metallica. There is a distinct Testament influence in the song as well. The song is about a warrior that has come to show his might and strength as the weak are wiped out and eliminated. It is said that only the strong survive in this world. The next song called World Wide War continues the very good riffing we heard in the last song. Scars of War is a song about a soldier that goes off to fight a war. All is calm as his unit of soldiers goes up the hill. As he hears the sound of machine gun fire, he wonders whether he will be the one to die first. The skies are filled with much activity as the bodies burn in the battlefield. Every Nerve Alive is another song about the determination to head off to war in order for soldiers to show their strength and power of force.

Final Thoughts About the Album Every Nerve Alive

The Wrath lyrically is about the fact that something called the age of fire is present and the end of the world is imminent. Some people just have the thought of war on their minds and anything less than chaos is not satisfactory enough. Escape from the Light is a power ballad that we have not heard from this band. Damian Montgomery uses clean vocals for the first time in this album. The song is about a person that is suffering because he is closing his eyes to what is going on in the real world. He is blinded in the literal sense as he sees himself falling into darkness, a void as his mind and soul feel like they are tormented. THIS is the kind of effort that Ritual Carnage did not put enough of into this album. Their best album still remains 2002’s The Birth of Tragedy.

"Every Nerve Alive" is a decent hybrid of death and thrash metal however, I find it very hard to give an album like this anything higher than a 75 out of 100 points and the reasons for this are several. The vocals are often fast and hard to understand on many occasions. The second reason is the lack of varied lyrical content.

Why Should Ritual Carnage be Considered a Forgotten Heavy Metal Band That Should be Praised?

Ritual Carnage was a decent thrash metal band and the vocals are certainly better than those found in the thrash metal band Sacrifice. However, because of an average first album, they are not going to be an elite metal band but I would still classify them as a forgotten metal band because of their dedication to lyrics about the flaws of politics and the state of the world that we currently live in. Other outstanding songs such as Fall of the Empire and Grave New World are examples of the band being able to show that they can be creative. Even with two releases prior to The Birth of Tragedy being average, they have had their moments where they shined musically and they should be given more praise. Your question may be how highly ranked should the Birth of Tragedy be? It should be ranked in the 80’s if we use the 100 point scale.

"Escape from the Light"

Ritual Carnage as a Band

How Good is Ritual Carnage as a Band?

A Map of Tokyo the Birthplace of the Band Ritual Carnage 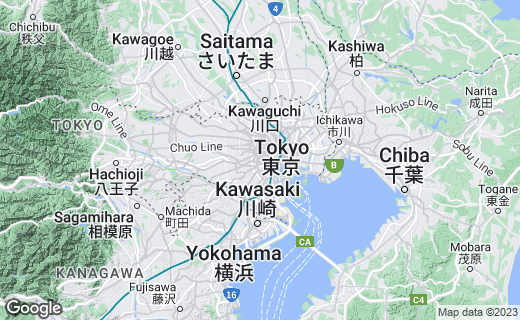