British heavy metal band Paradise Lost was a band that I got exposed to around 1997 and 1998. Their studio album called One Second was the first album that I heard from them and needless to say, this is impressive considering the fact that the band started out as a doom and death metal band in the 1980’s and early 1990’s. We start this album with the title track “One Second” and as usual, the lyrical theme is about a relationship that has gone totally wrong as one person wishes that the other one were no longer around.

In fact, the first five songs of this album are really solid especially the song called “Say Just Words.” It is a song about a person that is under the influence of a substance and he can get high and become destructive. A mentally strong person will never be broken down by someone that wants to connive and manipulate him. People like this will not have the right kind of friends. The beginning of this song has a piano section just like the song One Second does.

How Good is the Album One Second?

The song “Mercy” is about the effects of an excessively materialistic lifestyle. The electronic pop influence in this song is very noticeable. The loss of what we feel are prized possessions can lead us to wanting even more things that we think will make us happier. However, the song called “Another Day” sees the band really slow down the pace of their music as the song is about a person that is ready to make other people’s lives harder any way that he can. There is still somewhat of a doom metal influence in this song. The main lyrical themes in this album are gloom, loss, grief, and other similar themes but the music itself does not cause the listener to feel sad or gloomy (at least it shouldn’t cause that). The song called “This Cold Life” is about a person that takes one day to accomplish his goals or does he? The process starts again as his dreams don’t really meet his expectations. Writing this album review is always a process and I never really thought I would have over 600+ articles when I began to write on this site but here we are and Paradise Lost has a song about goal setting. Some goals can be achieved in a day and some goals or dreams take one week, one month, or even one year.

The song “Disappear” is a song about the fear of failure. To escape from our fears is to run away from them. “Sane” is a song about being fearful of the darker days in life as we strive to improve ourselves if we have hurt others in any way. Overall, 1997’s One Second is a very solid album from this British band.

"One Second" Song Only

Rate the Album One Second by Paradise Lost

Cast your vote for Paradise Lost One Second

Final Thoughts About One Second

Another song that may be underrated is the song called “Soul Courageous.” Are we brave enough to realize that in life we should strive for inner peace instead of bitterness? Sometimes it takes a breath of life for us to get back into this moment in time.

Halifax England the Birthplace of the band Paradise Lost 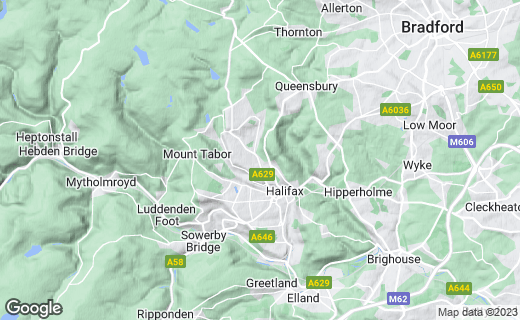