In 2000, Greek black metal band Rotting Christ released the album Khronos which I mentioned is a better effort than Sleep of the Angels. In 2004, these guys released the album Sanctus Diavolos. I sense and hear that this album has more melody and there are touches of Norwegian band Tristania in this album. That is present in the song called “Thy Wings Thy Horns Thy Sin.” This song is a sort of complex written song urging that we use GOD’s help to free us from the sin that is in this world. The repeating melodic riff in the middle of the song sounds very much like something Catamenia would write. I am not trying to compare Sakis to Riku Hopeakoski but Sakis is a pretty good guitar player in his own right. Even if this album is not as good as 1997’s A Dead Poem, it still shows that even when Rotting Christ adds different elements in their music, they thrive even though they are from Greece.

The song called "Serve in Heaven" is almost like a very heavy rock song though it does have the growls of Sakis Tolis in it. It sounds like a sort of Angra inspired power metal riff mixed with death metal vocals. As usual the lyrics are very dark but what do we expect from a black metal band? "Visions of a Blind Order" in terms of its main riff is a fast version of early 2000’s Impaled Nazarene and it is a VERY well executed song! Let’s give the country of Greece some love shall we? There is one thing to pay attention to in the album Sanctus Diavolos and that is that the riff construction has become more complex and better! The song called Tyrannical sounds like 2007 Dark Tranquillity and that was the time when this writer attempted to make the point that Dark Tranquillity may have done their best musical job with the album Fiction. The melodic song called "You My Cross" is a song about convincing the army and its soldiers to fight for a noble cause and save themselves from even further sin. At least that’s the way that I interpret the lyrics of this song. "Sanctimonius" sees the band slow down musically as the atmosphere sets the stage for a sort of Within Temptation and early Theatre of Tragedy inspired song influence.

How Good is Sanctus Diavolos?

The song called "Doctrine" is an analytical look and approach to the events of life that happen. Do certain things happen for no reason? How good is Sanctus Diavolos? The answer is that although it is not a flawless album, the variety of influences in it combined with the emphasis on a more cleaner vocal approach as in the title track, this shows that Greece's Rotting Christ chooses to not stick to one style or one way of doing things. The last song tries to bring across the message that we have to hear the cries of the children in this world that are suffering. This is an album that easily should be considered one of the best to have been released in 2004.

A Map of Athens, Greece 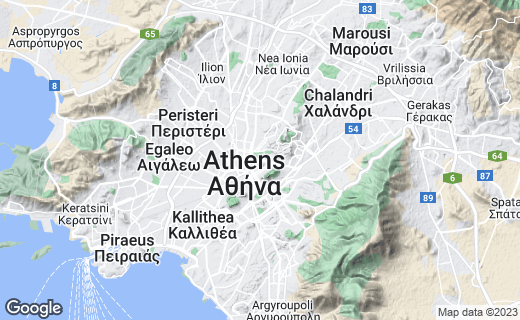