What Got Me Into Listening to The Formation of Damnation?

The Formation of Damnation is the 9th studio album by American thrash metal band Testament released in 2008 nine years after their last album called The Gathering. The album marks the return of most of the original lineup minus Louie Clemente. Playing the drums is Paul Bostaph who makes his return. This studio album is the only album that I had not reviewed until I made the choice to do so now. Killing Season is the first song that I ever heard from this album. The song is about a soldier being sent off to war with one goal in his mind and that is to kill the enemy for his country so that he can get his pride and honor. Whether this soldier does these tasks with a machine gun or some other gun does not really matter. He was sent to war and it was like they made a soldier from a boy that had no experience with such matters.

The album begins with the short instrumental song called For the Glory of…"More Than Meets the Eye" is as song about a person that turns their life around because they choose how their fate and life goes. They are able to go to sleep at night not being afraid. That is an example of someone that shows their bravery and confidence. They have put their demons behind them and they are able to live their lives the way that they had dreamed of. “The Evil Has Landed” is a song that discusses what happened on the morning of September 11, 2001 as they bring up the statistic of 2,974 deaths as New York City was on alert and the city was shocked to the bone. The US picked up the pieces and recovered as life eventually would go back to normal. Testament joins several bands in the heavy metal genre that have written songs about politics and social issues. Most of us remember about Sacred Reich writing songs such as “The American Way.” New Jersey thrash metal band Whiplash has also written songs with political lyrics in them so this is a common theme that bands focus on.

Chuck Billy makes his vocals so low and guttural that they sound very much like his vocals on the song called Dog Faced Gods 14 years prior. Although this album does not start out as well as The Gathering does with the song called D.N.R., the album is a big improvement over that album. Nine years of releasing no new material has paid off for Testament.

Although the initial plans were to release the album in 2004 this did not happen due to the touring schedule of the band and the changes in personnel. Alex Skolnick rejoined the band for the first time since 1992 when The Ritual came to fruition. That album is the band’s best of the early 1990’s beating out even Practice What You Preach. We could also make the case that Chuck Billy is a better vocalist than James Hetfield is and he may have a better ballad song voice than Hetfield does but sometimes in music it is about how popular you are. At the Metal Hammer Golden Gods Awards Ceremony, The Formation of Damnation was given a Best Album Award and it even beat albums by Children of Bodom.

Rate the Album The Formation of Damnation

Cast your vote for Testament The Formation of Damnation

Through the heavy touring schedule, lineup changes, studio closures, and the cancer that Chuck Billy had, Testament emerged stronger than ever writing their best album since possibly 1994’s Low album. That’s a great point because as good as Low was as an album, it had one or two songs that could be skipped over including Shades of War. So it is a tough call as to whether The Formation of Damnation is better than Low. Testament has set a gold standard for how albums should be written and this Oakland, CA band shows that they are one of the best American metal bands of all time. If there are people who want to say that Testament is a better band than Metallica then I will certainly accept that assertion or argument. With the guitar duo of Eric Peterson and Alex Skolnick, Testament has gone up to star or elite status once again and they are better than either Megadeth or Slayer and they deserve to be in the discussion for best American metal band ever. 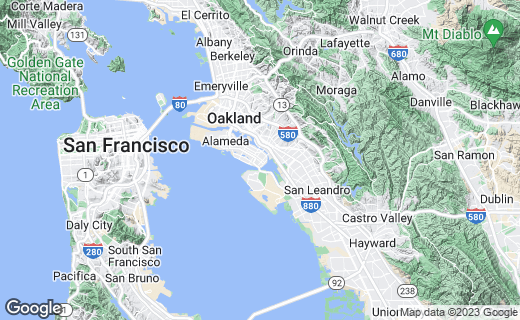 Commercial Chart Success for the Album and Final Thoughts

The Formation to Damnation went up to #59 on the Billboard 200 music charts which is an okay performance and is it a better album than Metallica’s Death Magnetic album? It is a close and tough call but the album nonetheless is one of the best albums of all time beating the Load and Re-load albums in a landslide.

Just like the album Dark Roots of Thrash that would follow the release of this album, the songs Rise and Native Blood really showed the skill of Testament. The album ends with the bass filled power thrash song called "Leave Me Forever." In some relationships when we give everything that we have in order to please the other person but that other person turns away from us. It gets to a point where the relationship becomes a cycle of hate that is a hard habit to break. This song is decent but it cannot compare to the brilliance of Return to Serenity.