Whiplash is an American thrash metal band that dates back to the early 1980’s and I just happened to discover information about the band just a few days ago thanks to the benefits of technology. Whiplash has broken up twice and reunited as of 2007. Their 2nd studio album "Ticket to Mayhem" was released in 1987 and it has a raspy vocal style. The musical style is pretty much what we would have heard at that time. The vocals sound like a mixture of Steve Souza and David Sanchez in some instances. The album opens up with the track called Perpetual Warfare which is less than two minutes of sounds that we would hear during a war.

Whiplash Has a Helstar and Iron Maiden Influence in it

The second song called Walk the Plank is a song trying to say that just like the ship that sets sail in the sea will prevail, in life if we are not careful we can be subjected to mind control and then it may be all downhill from there. The part after the chorus is very progressive sounding in nature and I am reminded of Helstar’s album Nosferatu. In life, all hope can be lost if we allow ourselves to be double crossed. The beginning increased speed riff also has an Iron Maiden influence for those of you that remember the song called Phantom of the Opera.

After this comes a sort of power ballad song called Last Nail in the Coffin. The song musically has acoustic guitar sounds and parts that Bay area thrash metal band Testament would use in their 1988 studio album called The New Order. The song is basically describing something that would happen only in a horror movie. The song called Drowning in Torment describes what would happen if a human mind is controlled by evil influences as the emergence of lust determines the person’s fate and they will pay a heavy price for these actions. The song called The Burning of Atlanta is a song that is about someone that is willing to obliterate the city of Atlanta at whatever the cost may be because he has that determination in his eyes. Those of us that know about American history know that General William Tecumseh Sherman marched through the city of Atlanta and used a scorched earth policy to burn down the city.

What is One Major Drawback of the Album Ticket to Mayhem?

One major con about this album is that two of the ten tracks are intros and outro parts of sounds of warfare. What band would waste recording space just to put in or include sound bites or recordings of sounds that we would hear in a real life war? Maybe that’s one of the reasons that this album ends fairly soon as it is only 37 minutes long.

Final Thoughts About the Album Ticket to Mayhem

Snake Pit is a fast song that is about a person that has been captured and awaiting trial. It is only a matter of time before he meets his fate that the jurors will decide for him and he will go into this snake pit or the prison that he is supposed to spend time in before the death sentence is handed out to him. The acoustic parts in this album are solid but the riffs are just a bit below that excellent level that bands such as Holy Moses, Kreator, and Tankard have. Whiplash shows through this album that they are a generic 1980’s thrash metal band and unfortunately there is no big wow kind of moment that would leave me impressed enough to consider this album an elite album of thrash metal. However, the album is still good enough for long time listeners of thrash metal so the album will get a score of 70 out of 100 points. 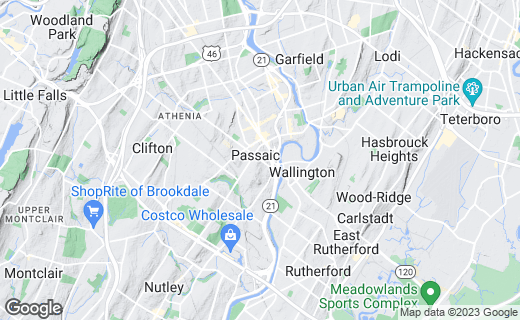