Robin Hugh Gibb came into this world on 22nd December 1949 at 3.15am followed by his fraternal twin Maurice Ernest Gibb at 3.50am at Jane Crookall Maternity Home. Many know Robin as a band member and brother of the Bee Gees, a well favoured legendary icon that is solely missed.

The Twins Robin and Maurice

Even though their father’s (Hugh Gibb) musical career inspired him and his brothers to follow their path in a musical career, the real inspiration came from their father bringing home records of opera, The Mills Brothers and Bing Crosby. The Mills Brothers inspired Robin and his brothers where they heard and learned all about harmonies, with practicing where ever and when ever they could. It had been at this point young Robin aged six with his twin Maurice and his brother Barry Nine aged 9 found themselves harmonizing and practicing in the living room, their father and mother realised how talented their three sons are.

Like every family times were hard with their parents finding work, especially Hugh Gibb, who played in a band on the Isle of Man venues became scarce other opportunities for work practically non-existence. Hugh Gibb decided to move back to his home town of Manchester, England; taking his wife and young family with him to find work. Here, Robin and his brothers found the opportunities to try to display their talent of singing on street corners, in cinemas before the films started. Robin and his brothers loved singing in Lewis’s toilets because they loved the echo of their voices made when harmonizing.

In those days; young Robin and his brothers were always in and out of trouble with the police for one thing or another. Barry, then stole a toy pedal car that brought the police to the home of Robin to arrest his elder brother Barry; who got involved with the theft, with a friend who already had a police record. A scared, worried mother, Barbara agreed with and Barry to take the rap for it, so he would not end up in a reform school. At that moment the police officer said jokingly “There must be another country these children too.” This made an impact on Robin’s parents; this prognosticated the Gibb family the next stage of their lives by deciding to immigrate to Australia.

It had been August 1958 that Robin and his family with baby Andy set sail on the Fairsea run by an Italian Shipping Company; for Australia, hoping that it would be a brighter future. It and had been Barry, Robin’s oldest brother used to go every Saturday night to Redcliffe speedway selling coke and fanta, with the two twins tagging along. An idea struck Barry who had noticed lengthy gaps between races, for the love of singing and music the three youngsters would set up stall beneath the grandstand and sing, while Barry’s friend Ken would sell the drinks between races.

A Disc Jockey Bill Gates, one night had driven a race car for a charity event, at Redcliffe Speedway. It had been Bill Goode the owner of the Redcliffe speedway that he was so gobsmacked by the young Gibb brothers’ talent, that he introduced them to Bill Gates. The naming of the three youngsters took place at the speedway;Barry making a point of the initials of his own, Bill Gates and Bill Goode’s; BG’s, later becoming the Brothers Gibb and then the Bee Gees. The rest is history, of this iconic band the Bee Gees, that Robin Gibb had been a part of for so many years, receiving awards for all his musical achievements both with his brothers and as a solo artiste.

I Started a Joke by Robin Gibb

Yet over the years, Robin was all for charity in his own right; he supported the CaudwellChildren a charity that is non-profit supporting children needs medically with equipment, also dying wish holidays. The British Legion provides welfare for services and campaigns affecting service personal, including ex-personal and their families. Comic Relief raises awareness in poverty, human rights, homelessness and disaster relief. He also had been the president of The Memorial Heritage Foundation, raising awareness for the Bomber Command https://www.theheritage-foundation.co.uk/our-charity for those who had served, for the veterans and relatives who died in the WWII. Robin had been Patron of Rock The House; founded by Mike Weatherley MP to help and support up and coming new British artists in the music, film industries. He had been the first ambassador for the Outward Bound Trust, a charity to help educate young people from all walks of life using outdoor activities. Adding to the list of this unselfish man who cared for the welfare of others, he had been Ambassador for Diana Award, a charity that supports the younger person to help make a difference within the communities and to help them to become a role model for others.

Even as solo artiste Robin’s unique operatic voice still excelled in his creative musical work separate from the Bee Gees, in 1970 with Robins Reign his first album released when The Bee Gees separated March 1969. Robin had started his second solo album Sing Slowly Sisters January 1970 which had never got released. By early June 1970 Robin and his twin Maurice rejoined recording material for the up and coming Album 2 Years On, of which five songs used. By August 1970 Maurice and Robin announced they were back as the Bee Gees with or without their elder brother Barry. Late August Barry announced his returning, all three then released 2 Years On with their own contributions and joint contributions to this 12 track Album.

Robin also co-wrote and produced with other artistes Blue Weaver, for Jimmy Ruffin’s album in 1980 Sunrise. He did not stop there with his solo artistic work. 1983 he released the album How old are You, followed by albums Secret Agent in 1984, Walls have Eyes 1985. After his twin shortly passed away releasing in 2003 Magnet, appearing in TV shows and interviews.

In 2008 he worked on his latest album 50 St Catherine’s Drive released in 2014. Throughout this period of his life until he passed away 20th May 2012 fighting for his health with Colon and Liver Cancer 18 months before, he still continued with his good works; proudly composing with his son R.J. Titanic Requiem. This is his first and last of composing beautiful classical music with his Son.

The Titanic Requiem marked the 100thanniversary of the famous ship The Titanic that sank April 15th 1912. The Philharmonic Orchestra played Robin’s and R.J’s work so beautifully that after every performance there was a standing ovation. Robin’s appearance to this world Premier held at Central Hall, Westminster, London on 10thApril 2012 never happened due to his health being hospitalised just only a couple of days before.

During that week of The Premier, Robin fell into a coma for 12 days. During this time Barry, Dwina, his sons and daughter kept a vigil at his bedside singing to him, whilst the rest of us, the fans, the world hoped and prayed paying tribute to every website going on the internet, finally he regained consciousness and came back to us astounding his medical team of doctors the miracle of recovery.

On the 20th May 2012 10.46 p.m., we had lost the most beautiful, gifted person in the world. I, like many others wept at the devastating news, because I thought he was finally going to make it, this did not happen, his kidneys gave up on him. The press kept saying it had been due to the Cancer; Robin Gibb had been in remission.

I write this not to mourn the passing away of this truly incredible man, but to celebrate a gifted, compassionate, humanitarian, human being who is solely admired and loved by all. To commemorate his life, his early works are being released 2ndJune 2015.

This is my tribute to Robin Hugh Gibb CBE. With an added poem.

My Songbird Has Flown

It is now six years on, time heals, but we do not forget our loved ones. I have dedicated Bob Marley's Three Little Birds, to Dwina, Barry, Robin John, Spencer, Melissa, and the rest of the family. Mostly, to Barbara, who has lost another son who was a very highly talented beautiful caring person. May God bring you peace; I hope now everyone has healed over the loss of Robin even though he is solely missed his life and memories are still alive in all of us.

In it, she told how "no treasure in the lands will replace his happy smile".

Here is the poem, called My Songbird Has Flown:

"My songbird has flown and the world sighs.
"The gentle mouthpiece of his immortal muse has gone
"And no music can be heard that is sweeter than the language of his love,
"No diamond is more precious than the memory of the twinkling in his eyes,
"And no treasure in the lands will replace his happy smile.
"My songbird has flown and the world sighs.
"And if I were to paint a third of what I feel,
"A masterpiece would be yours
"To have and to hold and hang upon you wall.
"If I were to write the the words that spill from my heart, tomes and volumes would make your library wide and tall.
"If I were to sing songs of praise for him, Saints would rise to make a chorus fit to please angel heralds.
"And if I were to make music for his gentle ear, celestial harmonies would dance in all the worlds.
"And so no more, his voice now stilled but never gone.
"A depth of silence reigns where once he had his say.
"The veil of night has fallen
"But a dawn of the divine will rise for a new day.
"My songbird has flown and my soul sighs - but he will never go away."

Now he is laid to rest,

He is truly blessed.

No more pain, no more fight.

His voice will linger on

His soul his pure and bright,

Guiding, watching over us.

For he has been the one,

With his brothers; Andy, Maurice and Barry.

For everyone to hear.

Helping you to get through

The battles of hell.

It’s all been down to

Believing and having faith.

For he has been an inspiration

Guiding me so I do not go wrong.

For he started a joke,

Now he has left the whole world crying,

For he throughout his life

With his angelic voice,

Is heard on earth

Now in his heavenly home,

He is heard in heaven above.

He has always been and still is

Don’t Cry Alone, is about a husband and wife, where the wife is calling out to her husband at sea.

Barry told the congregation “Life is too short”, as he spoke of Robin’s “sharp, intuitive wit” and the recent tensions between them. “God knows how much we argued; right up to the end, we found conflict with each other, which means nothing. It just means nothing”. He urged the mourners who attended the service at St Mary’s church in Thame. “If there’s conflict in your lives – get rid of it”.

I agree with Barry, is to get rid of conflict in your lives. In families, friction and conflict could occur; this may seem petty when something within the family happens. I say, try putting things right and make amends between you and loved ones before it gets out of hand and is too late.

Barry’s quotes can be seen at 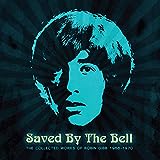 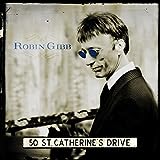