Meet the two talented techno geniuses Torbjorn Brundtland and Svein Berge, forming the techno sound of Royksopp. They are super-charged techno music performers from Tromso, Norway, located in the heart of northern Norway.

Even though they are from the same city, they never met until they hooked up in Bergen, Norway. All I can say is this is an unlikely techno duo. They seem strange yet chime in with electronic music by their long-lasting career in the industry.

I find it interesting that they grew up in the same city but never met there. When they tell you about Tromso, you hear about a very healthy, drug-free music scene. They talk more about the joy of creating electrifying music for their audience with an atmosphere of strobes and blinking lights. 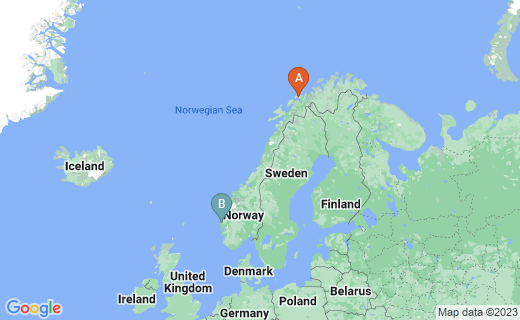 An informative interview with Barcode is when Berge talks about the gradual excitement of their music, “When it came out it didn’t really work, it grew in popularity over quite a long time, spreading by word of mouth. So it happened very slowly, like someone dimming the lights upwards very slowly until you realize ‘oh, the light’s on in here.’”

The techno duo forged a new sound with down-tempo music and mood-sculpting. Creating and working hard to make their unique sound until 2001, Royksopp's first album, Melody A.M., arrived. Pundits called it classic techno, which shocked techno fans. Royksopp fans liked their blends as pop with a hint of moody. If you are in the mood to dance, it does have a strong kick with undercurrents of anger.

The word "Royksopp" is defined in any Norwegian dictionary with several definitions. The one that fits is "a little fungus." But, the English translation is "puffball." Let's stick with "a little fungus," and we get an idea of stepping on a fungus-like mushroom, which bursts into a cloud of spores. You understand the meaning "mushroom cloud" after a nuclear bomb blast. It's a supercharged subject. Is it a fungus or an atomic bomb blast? Like the duo, they fancied a name that was very unbefitting. Still, it is so techno, and I can see why the pundits call their music classic.

Success did not come to them quickly as expected. Melody A.M. took some time to catch on with the techno crowd. An intriguing interview Barcode had with Berge, “When it came out it didn’t really work, it grew in popularity over quite a long time, spreading by word of mouth. So it happened very slowly, like someone dimming the lights upwards very slowly until you realize ‘oh, the light’s on in here.’”

Yes. The fans woke up and screamed for Royksopp. Though it seemed like they arrived suddenly, they worked on the scene for a long time, making music under other names. Such as releasing their first extended-play single at the young age of 17 and 18. Still, Melody A.M. will always be their first album.

Number One on the Charts

A second album, The Understanding, arrived. The theme plays tribute to the memory of the Paris riots in 1968. Placing 33rd on the UK charts is not their best, but still, their fans hit the dance floor.

Their third and fourth albums arrived between 2009 and 2011, called Junior and then Senior. The records were different but successful, reaching number one on the Norway charts. Senior being strictly instrumental.

The duo released another album after recording a couple of popular singles. Do it Again did well since Royksopp was also touring at the same time. They just kept recording singles until they joined a unique collaboration based on one of the most famous movie franchises.

Star Wars Headspace came out in 2016 as a compilation remix of Star Wars songs. Royksopp produced one piece, Bounty Hunter, for the album. Receiving mixed reviews as a techno dance album, the name alone gives the compilation enough thrust to hit charts worldwide.

The duo found satisfaction remixing well-known artists from Peter Gabriel to Coldplay. Berge told Barcode they have continually used it as an outlet by producing from other artists' music.

Today, they are making music and even have a trailer from last year. I'd love to hear another album but to no avail. You can visit Norway and find them playing there.