Synopsis: In the aftermath of a massive earthquake in California, a rescue-chopper pilot makes a dangerous journey across the state in order to rescue his daughter.

- Dwayne Johnson gave a good performance in it. Still not a great actor, but his charisma helped carry the movie.

- Cinematography was great, and it's definitely worth seeing in 3-D if you can afford it.

- All the other actors played their parts rather well; in spite of how poorly written they were.

- The story is very predictable and sappy. You literally predict how this plays out after watching the first ten minutes of it.

- Outside of Dwayne's character, the rest of them are poorly written; particularly Iaon Grufford's character.

Whoever would've guessed that Dwayne "The Rock" Johnson would be on something of a renaissance these days? First, he was featured in one of the biggest blockbusters of 2015 in "Furious 7", and now he seems to killing it at the box office with his latest entry in "San Andreas." What's the story? Fairly simple really. The San Andreas fault lines throughout California begin to cause a massive earthquake, which allegedly is going to lead to one of the biggest natural disasters in U.S. history.

Where does Dwayne Johnson fall into all this? Well, he plays a heroic firefighter, who tries to rescue his family from the disaster. Not exactly an original story given that we've seen a lot of natural disaster films over the years. Some were good, and others were downright terrible. "San Andreas" tends to fall somewhere in between.

Granted, they do give Dwayne his own character arc , as he plays an estranged father and ex husband to his family. Since the loss of a loved one, Dwayne's character can't seem emotionally connecting with his family anymore. Needless to say, Ray (Dwayne Johnson) and his wife, Emma (Carla Gugino), get divorced, as Ray seems to cut himself off completely since the accident . Of course, Emma is currently dating a rich architect played Mr. Fantastic himself, Ioan Gruffudd, who turns out to be another generic a**hole to move the story along. Pfft figures. Classic movie formula 101 folks. Have the ex of the protagonist date some cowardly a**hole , so nobody feels sorry for him when our hero tries to win her back. Sheesh. As much crap as "Superman Returns" got, I have to give it credit for at least being the exception to this general rule.

Meanwhile, Dwayne's insanely hot daughter (played by Alexandra Daddario) is fleeing for her life during this disaster, as she's aided by a strapping young British fellow and his little brother along the way. And through a series of events, Ray and Emma find themselves embarking on a dangerous mission to find their daughter. Meanwhile, Paul Giamatti plays the well meaning scientist that tries to warn everyone of the impending disaster.

Although it always seems like Dwayne Johnson plays himself into almost any role that he takes on, you can't fault the guy for it. Dwayne Johnson 's personality oozes with charisma, as he seems to possess a certain je ne sais quoi to his character that you can't help but love. Sure, he 'll never be great actor along the lines of Daniel Day Lewis, but who cares?

Nobody watches Dwayne's films for their stellar stories, or Oscar worthy performances. Nah, Dwayne Johnson is essentially a modern day Arnold Schwarzenegger. A guy that you know is never going to win an Oscar, but he'll always deliver a solid performance that'll make you like him no matter what role he stars in. Hell, even when he does movies like "Gridiron Gang", you know you're just going to be get a feel good popcorn story, and in a sense, that's exactly what "San Andreas" happens to be.

Complete with the American flag waving as the sunrises at the end, in order to play on everyone's patriotic sentiments as the orchestration music plays in the background. Yes, if you're a sucker for these type of sappy feel good stories, then "San Andreas" might be right up your alley. Sure, it's nowhere near as good as Naomi Watts' hit film, "The Impossible", but it's a fun feel good movie that I'm sure most fans will like.

Apart from Dwayne Johnson's performance, none of the other actors stood out that much. Granted, most of it is because the supporting characters are poorly written, but I digress.

The visuals are astounding, and you'll definitely get your money's worth if you chose to see this one in 3-D.

Overall though, if you're just looking for a feel good popcorn movie on a Saturday night, then you might like "San Andreas." However, if you're looking for a disaster movie with a bit more substance, then I'd probably recommend something like "The Impossible" instead, as you won't find anything like that here. 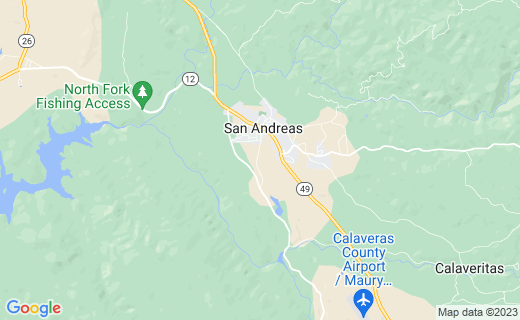