A manor on the Cornish coast, a mountain of debt, and a hydroponics "grow-op" turn up the heat on this funny Marijuana comedy.

Saving Grace is an absolute gem of a movie starring Brenda Blethyn and Craig Ferguson.

I rented this out, not sure of what I was getting, but intrigued by the description, I brought it home to watch, and I was absolutely delighted at how different and downright funny this British comedy was. I mean, imagine a conservative middle-aged widow growing pot!

I was hooked and went on a quest to track down this movie and buy it. When I watched it again, I found it was every bit as good as I remembered with its quirky cast of characters and a plot with hilarious twists, all set on the Coast of Cornwall.

As you get to know the different characters, you get into life in the village and how everyone sticks together in good times and bad and how they rally around Grace in her time of trial.

While Grace and her gardener think they are operating in secret, there are very few secrets in a small village and it is how people handle this information that makes this movie a winner.

A Cheating Husband Jumps From Plane

The movie starts off with a newly widowed and distraught Grace. Her husband ended it all by jumping out of a plane and leaving Grace grieving and knocked off kilter at this sudden and bizarre turn of events. And more surprises are in store. Grace discovers a strange and attractive woman at the funeral and viewers immediately cotton on that things are not what they seem.

And indeed they are not. Grace learns that her departed husband had racked up considerable debts and had escaped paying the piper by his "free-fall" out of the plane and out of existence. On top of that, Grace learns that she has been left nothing and will lose her comfortable way of life and worse still, her beloved 300-year-old house. She is a middle-aged woman saddled with debts, with no money and no marketable skills. Things look extremely bleak.

Unbeknownst to Grace, certain members of her village are fans of the "green" way of relaxing. This includes the town doctor, Dr. Bamford, as well as Grace's handyman and novice gardener/groundskeeper, Mathew, who grows a little on the side. When Grace can no longer afford to pay Matthew, he continues working for her and all he asks in return is if she will take a look as some plants he is trying to grow that are ailing. Grace has a greenhouse and is known for her talents in horticulture, so Matthew figures she might be able to rescue his pot plants. They sneak over to the vicarage under cover of darkness and dig up the plants that Matthew has ingeniously been growing on the grounds, a place that no one would think of to look for illegal pot plants, and move them into Grace's greenhouse.

Matthew is amazed as Grace regenerates his plants and has them starting to bud out in no time. Grace and Mathew soon come up with a plan to grow a big enough crop to save Liac House from being put up for auction and to help both of them drum up income, since Grace can no longer afford to pay Matthew to be her groundskeeper.

I'm the young hip one. You're the hip replacement.

This plan is timely because Grace has been dodging calls by persistent creditors and she has been threatened that her house will be put up for auction. She must act and quickly.

She and Mathew decide to take cuttings and grow their planned-for much larger crop hydroponically to speed up the process, so that Grace can come up with a large sum of money quickly. The village turns a blind eye to the going's on up at Liac House and this includes the local law enforcement officer.

Grace visits her husband's grave and encounters the mysterious woman who was at the funeral, Honey Chambers, who, as viewers suspect, was his mistress. The two women form an odd connection, drawn together by their respective grief.

When Grace later prepares to meet with drug dealers in London to sell her crop, she turns to Honey for assistance. The fashionable Honey gives Grace pointers on her dowdy appearance and Grace is transformed into a stylish-looking woman who catches the drug dealer's eye. In an interesting plot twist, he becomes interested in more than Grace's premium crop.

I come from a long line of scum. My dear husband was one of the scummiest men to walk the face of this earth.

Grace comes to some hard realizations. While her husband was a cad, she also has to look at herself and how, while she tended to Liac House and her greenhouse flowers, she may not really have taken as much care with herself, and how this may have been a factor in her husband seeking out a more attractive, independent woman. This is shown in the changes Grace makes to her appearance and in her life, even after she no longer has to.

Love the scenery in this movie? It was filmed in the villages of Boscastle and Port Isaac in Cornwall, and in London. 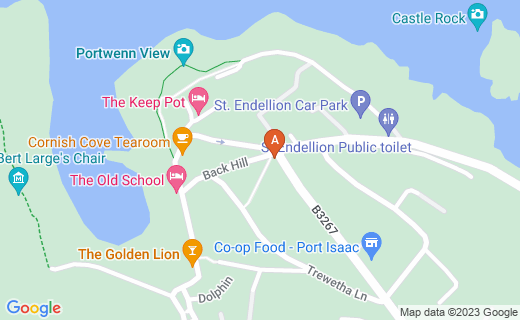 Saving Grace is set on the rugged Cornish coast and one can't help falling in love with the countryside and the believable and quirky characters.

This movie was released in the U.K., in Ireland and in the U.S. in 2000 and went on to garner a number of awards and multiple nominations.

This is one of my all-time favorite movies, one I enjoy watching again and again.

If you like funny movies that are a breath of fresh air, this one's a definite keeper.

Where is Liac House?

Liac House, as seen in this movie, is really Wetherham Manor, and it's in St Tudy, Cornwall.

Far more than plants are recovering, growing, budding out, and flourishing in this movie. This also happens to Grace. She recovers from her recent shocks, she breaks out of her comfort zone and moves away from her comfortable and dowdy way of being, she gains confidence as her own person, and she ultimately finds love, happiness and success.

Have You Seen Saving Grace?