Sepultura "Arise": A Review of This Great 1991 Album From the Best Brazilian Death and Thrash Metal Band

Introduction To The Album "Arise"

The 1991 album Arise by Brazilian death and thrash metal band Sepultura is one of those albums that has stood the test of time and even in 2022 is recognized as one of the best albums of its kind. The band at this time had front man, vocalist, and guitarist Max Cavalera who was easily the most recognizable member of the band for his harsh vocals even with his accent. Andreas Kisser does the lead guitar work and even shows his tapping skills especially in songs such as Desperate Cry.

The opening song of the album "Arise" showcases what a fast song that is great should be like. The first song is trying to raise awareness about the dangers that warfare can bring upon humanity. As those human beings are displaced from their homes, sometimes they have nowhere to go and are seeking some salvation. If they don’t get that salvation they are at further risk of death and annihilation. "Dead Embryonic Cells" is about a man that is so angry because he did not ask to be born into a world that is full of disorder, chaos, violence and terrorism. It was Mahatma Gandhi that once said “You must be the change you hope to see in the world.” We must strive for positive change by advocating a policy of peace rather than war. However, I congratulate the band for bringing up the subject for thought. War has been an event that has been too common as humans have shown their aggressive and greedy side. "Desperate Cry" is a classic Sepultura song that begins with acoustic guitar before getting heavy and repeating a riff or two.

Analysis of the Songs Murder and Subtraction

The next song is called "Murder" and this one is a very fast song about the violence that engulfs the world. He wishes that he had never been born. The band Annihilator also has a song called Murder on their 1997 album Remains. Jeff Waters may have found inspiration from this band. "Subtraction" has a catchy riff in the beginning of the song that has been memorable for me. It has a very impressive bass line in the middle of the song. "Subtraction" is about someone that is searching for answers and trying to understand themselves in a world where leaders are turning their backs to the people that they were elected to serve. "Dead Embryonic Cells" also is a song that brings awareness to the fact that various deadly diseases can hit mankind and such a scenario is too scary to imagine.

Favorite Song on the Album Arise

What is your favorite song on the album Arise?

Looking back at the album Arise more than 30 years later is it Sepultura’s best album? It is hard to say it definitively due to the fact that they have several solid albums in their career. Prior to hearing many of the albums that the band has recorded after the departure of Max Cavalera I would have said that Arise is their best work. There are at least a few memorable moments to look back on with Arise from a musical standpoint such as the creative tapping part in the song “Desperate Cry” or the beginning riffs of the song “Subtraction.” Arise was the album for me that got me into the music of Sepultura and it is a great album. But in 2022 to say that Arise is the best album of Sepultura would be a good opinion but hard to say for sure for those of us that enjoy the later albums of Sepultura. Arise may be the album that started to bring Sepultura into mainstream success and having their videos aired on MTV way back in the day. The other thing is that musical tastes can change in a person over time and these musical tastes have dramatically changed for me to the point where I analyze it differently. Albums such as Arise were the right kinds of albums for Sepultura to make in 1991 given that this was the time when the 1990s death metal scene was really growing and making a name for itself. For that time period, Arise was the most melodic and creative for Sepultura and that deserves praise and respect for sure. If you want to look for analogies to illustrate this point, perhaps Arise was for Sepultura what …And Justice for All was for Metallica. In both cases, these albums were the most complex albums for these two mentioned bands addressing very important social issues. This is a musical sort of analogy so it is relevant. For many of the old-school fans of Seputura, they will say that Arise is the best album of the band but I beg to differ.

Cast your vote for Sepultura Arise 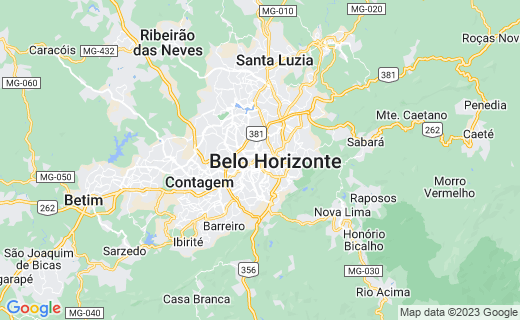