I fully understand why some people resort to cosmetic surgery in order to feel better about themselves. If you aren't happy and have the ability to change the physical thing or things that make you feel this way, then great. I'm all for people being able to change themselves via cosmetic surgery. I personally couldn't indulge as I'm a wuss, but if it was possible to change things via painless magic, then I probably would. Cosmetic surgery can be an empowering experience and I think that it's great to have the option.

At least, I did. I did until one night whilst watching a movie called Broken Flowers, when I witnessed something really disturbing. I remember watching an actress on screen, whom I thought I should recognise, but I didn't. Was that really Jessica Lange? It couldn't be. But it was, it was Jessica Lange with bad surgery. Was it bad surgery, or was it just too much surgery? I had no idea, but what I did know was that this once sexy woman now had a face that resembled an ugly cat.

Ways To Feel Better About Yourself

You: Being Beautiful - The Owner's Manual to Inner and Outer Beauty
Buy Now

What Had She Done?!

Of course she had aged, so she wouldn't look as fresh faced and young, but what's with the eyes and cheeks? Age doesn't do that. Bad / too much surgery does that. I can totally understand not wanting to age in appearance, I feel the same myself. But I'd rather have a few wrinkles on my face at her age than look like I've been mutilated.

But what I found myself asking is did she choose that look, or did it go wrong?

That's what worries me about cosmetic surgery these days. Do these celebrities really want to look the way they do, or is it all a huge mistake that happens in the operating theatre?

Instead of gawping and wondering why the hell such a naturally beautiful woman would do this to herself, should I really be feeling sorry for someone who didn't want to look aged, but somehow it all went wrong?

The Transformation Of Sharon Osbourne

Sharon Osbourne is a perfect example of good surgery. I have heard her talk on numerous occasions about how much surgery she's had and will continue to have, and boy does it work for her! But this got me thinking, if she's had so much, how come she doesn't look like Jessica Lange? Is it really bad surgery to blame, opposed to too much?

Whatever Sharon Osbourne has exactly had done, she looks amazing. But how has she managed to do it without acquiring those cat-like eyes? Do some celebrities really go into a doctor's office and ask for such a look? I'm baffled. 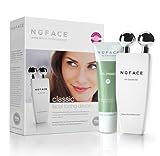 After seeing the new look Jessica Lange, I started noticing other celebrities who just didn't look right. For me, it's all about the eyes. After what appears to be bad surgery, there is undoubtably a change in the eye shape, presumably due to the stretching of the skin in a face lift.

I had seen photos of Jocelyn Wildenstein floating about, but I never knew who she was or what she had looked like previously until I was researching this hub. Because I didn't know how she had originally looked, I just took her as someone who obviously enjoyed cosmetic surgery, I never really looked that close at pics of her. When I discovered what she looked like pre-surgery, I was amazed. I had presumed that she probably didn't start out as typically attractive and this is why she changed her appearance so much. How wrong I was!

After actually taking note of how Jocelyn Wildenstein looks, rather than just seeing an image of her and passing it by, I am astonished that anyone would do this to themselves.

Not Technically Bad In The End...

Nobody puts Baby in a corner, right? Well actress Jennifer Grey of Dirty Dancing fame found out just how badly cosmetic surgery can go, after two nose jobs left her unrecognisable and in straight to TV movies.

Despite the end result looking perfectly good, becoming unrecognisable isn't a great option for an actress who achieved worldwide fame in a film as big as Dirty Dancing.

When I watched Dynasty as a kid I always thought that Linda Evans looked like a Barbie doll. When I saw a photo of her recently I didn't know what to say, except WHY?

The Safe Way To Fuller Lips

For those outside of the UK, Leslie Ash is a very well known TV actress who appeared in the film Quadrophenia. In 2003 she had a series of collagen lip implants that went seriously wrong. The UK tabloids titled her "Trout Pout", but despite a lot of negative press and public ridicule, Leslie's career didn't suffer. At least we know that this went wrong and it isn't what she asked for!

The Good And Bad Of Cosmetic Surgery

I still think that cosmetic surgery is a good thing, providing that Body Dysmorphic Disorder isn't the cause for wanting it. If it's used for a physical correction or enhancement then great, it's up to the individual what they do to their own body, providing they are in a sound state of mind.

When surgery turns bad like these examples, then the issue of why? Should be addressed. Are these celebrities really going and asking to look like this, or is it just surgery going wrong? How does Sharon Osbourne get away with so much surgery, yet look so natural?

Any celebrity considering cosmetic surgery should get straight on the phone to Mrs Osbourne and ask for her surgeon's number, because either these celebrities have a really strange view of improving their appearance, or their surgeons should be sued.