I have to say, sometimes I am just amazed by the opportunities we have that are offered to us just because of living here in Las Vegas. I do my best to never, ever take that for granted. We live in one of the entertainment capitals of the world. This is a place where you are constantly seeing a new influx of the latest and greatest entertainers who come here to entertain huge audiences from every corner of the world and who stay for a while and then vanish almost as quickly as they arrived.

We've seen many shows here that were in town for a year or two, then they are gone. After seeing Shania Twain on November 27th, 2012 for the first time, I sincerely hope that she is here to stay for as long as she would like to stay in Las Vegas. I give her November 27th very first show at least four stars. There were a couple of very minor technical "glitches" that I am positive they will have worked out before she officially opens her show here at Caesar's Palace on December 1st, and by then, this incredible show will be a full five-star show all the way.

The show we attended was called a "lion's Den" show that was being done as a formal dress rehearsal preview show. Every song was excellently done by Shania and all the cast. They can be very proud of themselves. It was a wonderful experience.

We received the opportunity to see her on this Tuesday night, so of course we accepted. Most of the audience it seemed was filled with Las Vegas locals. Audience members at this show were employees of large companies here along with their families who were given the opportunity for tickets on the spur of the moment. Many people took advantage of this once in a lifetime chance to see an amazing entertainer.

Shania arrived in Las Vegas on November 14, 2012, to much fanfare. She received a warm Las Vegas welcome. She came to town in a parade of sorts, riding on a horse and surrounded by beautiful horses as she made her way down Las Vegas Boulevard, otherwise known as "the Strip." She was heartily welcomed by dignitaries and by the staff of Caesar's Palace and by the people of Las Vegas.

She began her residency at Caesar's Palace here in Las Vegas on December 1, 2012, performing shows in the Coliseum. The show we attended was a final dress rehearsal to work out any "bugs" that might exist in the technology used for the show. Shania performed in the same venue that has seen performances by such stars as Rod Stewart, Celine Dion, Elton John and on occasion, Jerry Seinfeld.

The audience anxiously and excitedly waited for Shania to begin the show and it looked as if all ages were in the audience from small kids to gray-haired youngsters and everyone in between. Shania seems to have something in her music and in her performances that appeal to so many people. Age doesn't seem to matter.

One Of My Favorite Shania Video's ~ I Ain't No Quitter 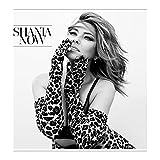 You Have To See These Amazing Outfits!

When you are waiting outside of the Coliseum, there are several plexiglass cases displaying dresses that Shania has worn in past video's and performances. These dresses and outfits are so gorgeous and classy looking! I just had to take some pictures of them and other people were doing the same.

I wasn't really sure what to expect from a Shania Twain show, but from watching her video's in the past, I knew it was going to be something special. She has a way of creatively illustrating her songs that is simply amazing and visionary. I had a feeling the concert we saw was going to be high energy along with gorgeous settings and I was not disappointed.

Before Shania's "Still The One" show starts, the audience sees six sections of the curtain and displayed on that curtain are huge trees that look as if they could be from one of the Redwood forests of California. They are just beautiful. The images of trees are projected onto these six sections in a visually pleasing way. There is a soundtrack accompanying this scenery that sounds like you are in a forest somewhere. You can even hear birds softly chirping. It provides a very peaceful and serene way to spend the time waiting for the show to begin.

As the time goes on, the nature noises and sounds get louder and they help to build excitement for the show to begin. This is actually a refreshing change from some shows that blare music while you wait for the show to begin. Sometimes the music doesn't match what you are there to see. This, however, was a very nice and unique effect to have for a show.

Shania opens the show by appearing on a motorcycle, suspended in the air above the stage. It's very cool looking and ultimately a fun way to open the show. She throws a lighted ball of some sort into the audience and it seemed as if the audience wasn't quite sure what to make of that. It was an interesting way to open, though. She opened with "I'm Gonna Getcha Good."

The show is divided up into sections featuring unique scenery and special effects. I think my favorite segment of the show, being a huge country music fan, was the backdrop of an old western saloon. Shania rode out onto the stage on a dark brown or black horse, and I just found out that his name is Molesso. Beautiful horse! Of course, Shania is stunningly beautiful as well. She had a long riding coat on and when she took it off she was wearing a gorgeous pink western shirt and pink cowboy boots. Since pink is my favorite color, I thought it was a great combination.

She sang many of her best and most country sounding songs during this segment, along with being backed by extremely talented background singers and amazing dancers. I love the songs she did like "I Ain't No Quitter", "No One Needs To Know", "Any Man Of Mine" and "Whose Bed Have Your Boots Been Under", along with a very handsome set of male dancers rocking the stage with her. It's kind of like eye-candy for the ladies in the audience!

My other absolute favorite set was when the large screen in the background showed a forest fire and a dark horse being frightened by the fire, which was very moving with some realistic special effects used... and then the fire goes out and the dark horse walks behind a birch tree and becomes a completely white horse. Very cool visual effects are featured in this segment and I found out recently that the man responsible for the visual effects in this show is Raj Kapoor. He is renowned in the industry for being one of the best visual effects people and he has such a unique and highly creative view that brings an extra element of fascination to Shania's show like no other.

Once the horse has become a white horse, the entire background consists of gorgeous birch trees and Shania rides out on a white horse named El Alcazar. This is one stunningly beautiful horse and Shania looks so pretty in a flowing white gown. She sings the song "Still The One" and the horse walks around following her everywhere she goes and he or she looks for little pats on the nose from Shania.

I was amazed at how well behaved this horse is and how beautiful. I had always thought horses would be spooked in a setting like this, in front of a huge audience with all the noise going on around him, but this horse was very well behaved. My hats off to the trainer of this special horse for a job well done. It adds an awesome element to the show.

I have to give an honorable mention when I am listing favorites to the scene where there are images of either leopards or cheetah's used. The background is amazing during this scene. If you look over on the two curtains on either side of the stage, you will see HUGE images of one of these gorgeous big cats, bobbing his head in time to the music. I have no idea how they did that, but the visual effect is eye-popping and definitely adds to the music.

The other songs done during the show include hits like "Don't Be Stupid (You Know I Love You)", "Honey I'm Home", "That Don't Impress Me Much", "If You're Not In It For Love (I'm Outta Here)", "You Win My Love" and "Up!". Shania sounded absolutely wonderful and told us that we were her first audience in eight years. She seemed to be so genuinely grateful for us being there, and we loved every minute of her outstanding show!

One nice part of the show is when a group of the singers, Shania and her sister, Carrie Ann and other background singers gather around a campfire to sing a medley of songs. Shania picked four people from the audience to join them around the campfire, and in a really sweet moment, she would let them sing into the microphone.

A darling young girl from the audience, I believe her name was Alexis, went up onstage and she did a terrific job. Shania told a sweet story about how her sister, Carrie Ann, who is two years younger than Shania was responsible for getting Shania back onstage and for convincing her to do this show at Caesar's Palace here in Las Vegas.

It was kind of like an "I'll do it if you will do it" thing. Carrie Ann used to sing with Shania all the time when they were growing up in Canada and for her to leave her very normal home life in Canada, a life lived entirely out of the spotlight to sing in a huge venue on the world famous "Strip" in Las Vegas takes an extraordinary amount of bravery. She and Shania did this together and I for one am very thankful to Carrie Ann for convincing Shania to go back onstage.

One of the funniest moments of the show came at the end when Shania came out with her name in HUGE letters in the background and said "Let's Go Girls!" She went into "Man, I Feel Like A Woman" and what made it humorous was the MEN in the audience who stood up and were rocking out to this song... I guess it just struck me as funny to see guys rocking out to "Man, I Feel Like A Woman." Pure fun, and a great ending to a fantastic show. The entertainment world here in Las Vegas is so much better with the addition of this incredible show. If you have a chance to see it when you are visiting Las Vegas, I highly recommend it. When you leave, you will have an entire catalog of Shania Twain songs in your head for a while afterwards. This is one show definitely worth seeing.

Would You Go See Shania Twain?

After Reading This Review, Would You Go See Shania Twain At Caesar's Palace?