Does a Songwriter Need a Music Publisher

So, you are an independent artist and you have written a few songs. Your friends and family tell you that you are the next big thing, but you aren't sure where you should go from there. Television, Films, Video Games, all have music, tons of music and pay hefty licensing fees to have the right to use that music. The majority of published music is controlled by a limited number of companies, namely Universal Music Publishing, Warner Chappell Music Publishing and the soon to be created Sony Publishing Corporation (merger of Sony/ATV and EMI Music Publishing). These three companies will control 2/3 of the world's published music, and sadly they are the ones who are profiting the most from Sync licensing.Don't be too discouraged though, that still means that 1/3 of music is controlled by independent music publishers and artists just like you.

So how do you become a music publisher?

Once you create a copyright (by putting a creative idea into a tangeble form), you automatically by the US Government's standard become the publisher of that work. You have the sole right to exploit the copyrights you own and no one else can use that copyrighted work with out your permission.

A more in-depth explanation of the copy right process can be found here: 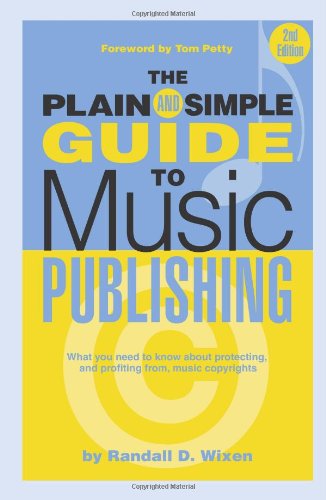 So now that you have created your copyright, you want to get started publishing and getting synchronization licenses for your music. But most independent artists don't have the expertise or connection to get their songs on primetime television. This is where a major publishing company (like the ones listed above) or an independent publisher, such as Kobalt, can come in handy. They have the full-time staff to pitch and place music into Film and TV, but this comes at a cost to you as the writer. The most common deal for an independent songwriter is known as a 50/50 deal, basically you write the songs, they pitch, place and license the music to others. For their efforts, they take 50% of the income. Seems fair enough given that they are doing 100% of the work outside of the initial song writing. The slogan of many music publishers is "You (the artist) can have 50% of something or 100% of nothing" and the choice is completely yours.

Think about it, how many film executives and producers do you know? Do you think they are just going to pick up the phone when a nobody artist calls and says "I have the perfect song for you"? No, of course they wouldn't. And neither would you, in this business who you are and who you know is everything. So wouldn't it be greatly helpful to hire someone such as a Music Publisher to sell your music.

Look at it this way, I know it hurts to give someone 50% of your licensing fees, but if you can only sell your music for $100 dollars and the publisher can sell it for $1000 you end up winning in the end. 100% of $100 dollars is a lot less than 50% of $1000 dollars (it's $500 for those who were struggling on the math). And honestly it's kinda nice not to have to be the one shopping your music around day after day. Why do it when you can have someone else do it for you without paying them anything up front?

Okay... So what if I don't to give up my publishing?

There are a few options that I would suggest.

First of which, are companies such as TAXI, a music pitching service that gives you song writing advice and will pitch your great tracks to music supervisors, A&R Execs and other gate keepers of the music industry. Seems like a great service, and it is, but they collect a fee (somewhere around $250 per year) for unlimited access to their expertise and rolodex.

Second, as an indie artist you have the ability to go to channels like MTV, who use undiscovered artists music in their shows, but they do not pay you anything upfront for the music they use. You will, on the other hand, receive backend money from your Performing Rights Organization(You do have a PRO don't you??). But do not expect MTV or other music heavy channels to be willing to give an undiscovered artist a lump sum.

Finally, upload your music to video game sync programs such as the Rock Band Network, which allows artists to upload their music and create downloadable Rock Band tracks. You earn money by online users downloading your songs via the song store on Rock Band.

Here is some information on music licensing.

I hope you gained a little incite in to the music publishing of an indie artist. Feel free to post quesitons below and I will get back to you with answers as soon as I can.