This mystery, thriller, drama is one I always wanted to see since it came out in the theaters. I only recently watched it however, and it was a great movie and story line overall. It could easily be called a psychological thriller, and I was curious to see how it played out. There was a twist towards the end, that I didn't expect but as I look back I saw it coming. On one hand, it is hard to write about this movie, and as I share more, I want to extend a warning as well for a possible spoiler alert because it is hard to say too much without potentially giving something away. It is not the intention, and I will try to be careful, but if you want to be completely surprised, maybe hold off reading.

Many know that Leonardo DiCaprio plays the leading role, as Teddy Daniels. He does an incredible job in his acting, and the more I see from him the more impressed I become over the years. I liked him in Titanic as well, but you get a feel for how far he has come when you see this movie. Ben Kingsley is Dr. John Cawley and his was a most interesting character that you didn't know whether to love or hate. You didn't know one minute whether to trust him or hold him suspect. I loved how it turned out in the end with his character. One surprising favorite in the line of characters was Chuck Aule, the partner of Teddy Daniels. Getting to know that character at first, and then realizing later on his even greater role was both very interesting and touching. I go into more details below, but I want to say right off that this movie comes highly recommended.

While fascinating, this movie is heartbreaking as well. It’s about mental illness in general, and the struggle to help those with it. It also touches on the abuses and some inherent evil in humanity which if you look back over history is hard to deny. It is about an inner struggle of good and evil, and how fear and trauma and hurt can affect people.

Let me say that everything it not as it seems to be initially. It’s a brilliant story line written as a novel first by Dennis Lehane, and as the plot plays out you may become more intrigued as I did. Laeta Kalogridis wrote the screenplay and it was just amazing in my opinion. There are parts that are reminiscent of another movie Leonardo Di Caprio starred in, called Inception. Shutter Island is nothing like Inception, except that that the relationship and the struggles between a husband and wife reminded me a little of each other.

Speaking of relationships, the deceased and beautiful wife Dolores Chanal was played by Michelle Williams. The love the husband and wife shared was precious, but her soul was tormented as well by her sickness and you didn't see things clearly until towards the end.

Sometimes in life, things happen to people that are literally too hard to bear, and the creation of a split personality seems to be a way of coping for some people so they can continue to survive. Those psychiatrists and psychologists out there that want to help are true kinds of heroes in my book, though at the time can be seen as villains to those getting help they need.

The mind is a tricky organ that controls everything we do, and observing the coping mechanisms we do is fascinating and sometimes alarming. Understanding everything we can about these problems and mechanisms only helps us to understand the people caught up in the middle of them.

There are disturbing images at times in this movie, so be aware of that, and they don’t just appear once. If and when you watch this, look for the relationships you observe, the questions asked and be open to other possibilities. It’s the best way to enjoy it, in my opinion. The setting was awesome, and island that had some dark and mysterious things going on.

The only relief I felt, toward the end of Shutter Island, was that I saw more care and concern for individuals than I thought existed throughout the movie. The conclusion may not be all it seems, by the way. There is an interesting quote by Leonardo Di Caprio’s character Teddy Daniels. It went something like this, “In life, it is better to choose to be a good man than to choose to be a monster.” The quote itself is in the form of a question, "Is it better to live as a monster, or die a good man?" The end was heartbreaking though, because of all the progress that had been made and how he chose to think better about the situations that had affected his life vs. holding onto the realities that were too heartbreaking to bear.

To those that have seen it, or may still see it, I have to wonder if the whole process did actually work, but that he chose otherwise for it meant that he chose the better of the options he had before him. It may not make sense to those on the outside, but he seemed at peace, and content that he knew what it meant was going to happen. There are differing takes on what that last question could mean. I think Andrew Laeddis is speaking of himself though. Teddy is a good man, Andrew Laeddis is the "monster." You can't help but sympathize with his actions at least initially. You only get a glimpse of how his behaviors may or may not have hurt those around him over time that led to the whole thing in the first place.

Now, I wish I could watch it one more time, knowing what I know now. I may just do that, when I get a chance. Perspective can be everything, especially combined with the understanding and light that comes with the facts. 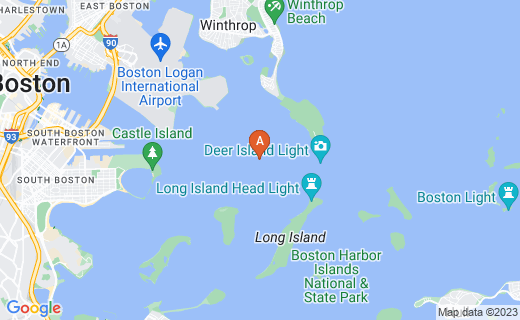 Have you seen the movie Shutter Island?