Spice Girls: Where Are They Now?

Seventeen years ago five women came together and provided the world with a new phenomenon: Girl Power. The world greeted the pop singers with open arms when their first single "wannabe" hit the shelves- and even today they need no introduction. But what are the girls up to now? Two years ago they embarked on a world tour, and their personal journeys have taken them in completely different directions. You may be surprised by what your favorite Spice Girl is doing today!

Melanie Chishlom is currently working on her 5th studio album. She has remained a mainstream artist (mostly in Europe) selling millions of records. After her first solo album she struggled with depression and a serious eating disorder (which later she revealed had been an issue on and off in her life.) Her fifth album The Sea was released September 2nd of 2011 and she started her own record label (Red Girl Records) after splitting with Virgin Records in 2005.The name, Red Girl Records, derived from her dedication to Liverpool F.C. In 2009 she gave birth to a beautiful daughter, Scarlet Starr, with boyfriend Thomas Starr. She has also acted in several television shows (as herself) and also signed a six month contract with the production of "Blood Brothers." Mel C has claimed the third position with most number one hits recorded by a female artist in the United Kingdom.

Emma Bunton has released three albums since 2001. Bunton also departed from Virgin Records in 2002. She has been active in popular UK television shows such as Richard and Judy, Strictly Come Dancing, Dancing on Ice, and GMTV with Lorraine . She also is a radio host on the popular station Heart FM. Emma was diagnosed with endometriosis, however has given birth to two children; Beau Lee Jones in 2007 and Tate Lee Jones in 2011. She is currently engaged to Jade Jones, and they have been together since 2000.

Victoria Beckham has become a household name due to her major success in fasion. She married David Beckham in 1998 and has four children: Brooklyn Joseph, Romeo James, Cruz David, and Harper Seven. She has recorded one solo album and has four successful singles. She has also written two successful books Learning To Fly and That Extra Half Inch: Hair, Heels and Everything In Between . Both have sold thousands of copies worldwide. Victoria has remained true to her title as Posh Spice. In 2004 she designed for Rock & Republic and in 2006 walked the runway for Roberto Cavalli. She also released her own line of jeans in 2006. She is also known for her stance against the fur industry.

Geri Halliwell has been just as busy as her fellow band members. After leaving the group in 1998 she battled with depression. Since her departure she has recorded three albums which have sold 12 million records. She released her autobiography If Only and also wrote a series of children books entitled Ugenia Lavender . She is working on her own line of bikini's and is currently working on a fourth album. In 1999 she became a representative for the United Nations Population Fund and continues to do outstanding work in locations such as Zambia. Geri has one daughter, Bluebell Madonna, who was born in 2006- the father remains unknown. She is currently in a relationship with Henry Beckwith since 2009.

Melanie Brown has found most of her success in television. She has released two solo albums and is currently in production for a third. She has hosted several television shows such as Mel B-Totally Fit, Mel B: It's A Scary World, The X Factor (Australia), and won second place on the popular American show Dancing With the Stars. Melanie has three children, Phoenix Chi, Angel Iris Murphy Brown, and gave birth to her third daughter on September 1st 2011. She is currently married to movie producer Stephen Belafonte and as of February 2013 she will be replacing Sharon Osbourne on America's Got Talent! There have been many recent discussions about her relationship with Stephen, however those rumors have been squashed and the two have remained married.

There are only a few things the Spice Girls haven't accomplished and 2012 has proven to be a year to conquer what was left unfinished. In June it was announced that the Piccadilly Theatre will be the home to a new musical entitled "Viva Forever." The musical focuses on the journey of an all female group that achieves fame overnight. The musical is focused on one female individual and her struggles through the fame, of course with all your favorite Spice Girl songs accompanying the plot.

In August of 2012 the Spice Girls performed at the closing of the 2012 Olympics. It is rumored that this will be their last performance as a quintet, but if we've learned anything about girl power phenomena- never say never!

Who's Your Favorite Spice Girl? 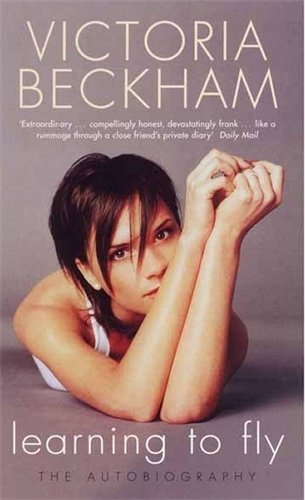