Stone Sour, "Do Me a Favor" official album cover

The meaning behind the music

This song is all about releasing anger and aggression, although who the anger of the song is directed at is an ever changing variable. "Do me a favor" encourages people to face facts by identifying who their enemy is, and releasing their rage in a peaceable manner via listing to a song. Perspective is always the key to how one feels, and when other people are unable to share your perspective, you may begin to feel isolated or alone about the way you feel. Even though, to some people, "Do me a favor" may sound bitter, but it's better to rant about rage, than to act on it and regret it later. So, consider that before you rule this song off of your favorites list.

I'm sure everyone can think of at least one person that they truly despise, someone who has steered them completely wrong, destroyed their life, or crossed paths with them on a bad day, only to make the day worse. Even if that despised individual is one's self, Stone sour's "Do me a favor" is all about ranting about that despised person, who you view to be a waste of a human being, instead of giving them a reason to despise you as well.

On a scale of one to ten, how would you rate this band? (one being the lowest and ten being the highest rating)

Analyzing the song for the sake of the music itself

This song can be taken in multiple very different ways. It's possible that Stone sour intended the song to be directed at one's self, as a means to re-evaluate one's character and image. The song could be interpreted as a person feuding with themselves or being enraged by themselves and their poor choice of actions.

"Do me a favor" could have very well been sung from the heart, about the hatred that one can have for one's self. The hints towards this concept are hidden throughout the lyrics of "Do me a favor." The lyric "It's easy to live fast, it's harder to live," suggests that the singer is feuding with himself between a struggle to live and a struggle to get his life over with. The lyrics "There's a side of you that, knows you're a failure, lives for the danger, feels like an enemy, but looks like a stranger," also suggests that the singer is feuding with himself and feels regrets about his life. The lyric hints at the fact that one can hate themselves, feel like they are their own worst enemy, not recognize themselves, feel like they are a stranger to one's self, and not know where to begin to correct one's self. Again this concept helps to create the image of a person feuding with themselves.

Is Stone sour one of your favorite bands?

However, the meaning of "Do me a favor" might also be the obvious in that a person hates another person and is trying to insult and diminish their good name because they believe the person is carrying out a fake image (of a good person). The chorus of "Do me a favor" displays the underlying theme of the song: the idea of wrath being taken out on an enemy. The lyrics "Do me a favor, your behavior, is just a reason why there is no savior" is an obvious insult that is supposed to be directed at an enemy. "The bell has rung on the Titans, give us some room" is a perfect example from "Do me a favor" that highlights the underlying theme of hatred towards another person that Stone Sour is trying to portray. This lyric helps a listener to envision two people feuding with one another, as enemies often do, and Stone sour's theme helps a listener to picture the battle taking place between you (as the listener) and a despised enemy that you may have.

It's also possible that the meaning of "Do me a favor" involves a combination of both of these concepts. Perhaps the song is a form a retaliation against another person for pointing one's short-comings. The song may be directed as a hatred chant against someone who the singer finds to be annoying for pointing out his flaws, while at the same time the singer believes the person is accurate in their insults, and feels like a failure over their regrets and false potential. If this meaning were the case, it would make a lot of sense as to why the Stone sour makes the point of including the lyric "I know my glory, will never be the same as truth" in "Do me a favor." This lyric gives the vibe that Stone sour is saying "I know I'm not perfect and I'm not without flaws. I know I have a lot of regrets about my actions and the poor choices that steered the course of my life, but nothing gives you the right to point that out, so get off my back." to whoever their enemy may be, whether it's one's self or another.

Whatever the meaning of "Do me a favor" may be all depends of your own person perspective and influences in your life. Whatever your case may be, hopefully you'll find a way to interpret "Do me a favor" to your liking, and you'll feel a little less isolated and alone in the end.

Stone Sour "Do Me a Favor" lyric video

If you really like the song, why not buy the album? 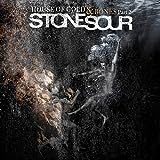 On a scale of one to ten, where would you rate this song?