Swept From the Sea: Will a Shipwreck Survivor and a Lonely Outcast Find Love?

An epic romance that plays out against a rugged backdrop of sea, cliffs, and stunning landscapes.

Swept From the Sea is a 1997 movie starring Vincent Perez and Rachel Weisz, with supporting roles by big-name actors Kathy Bates and Ian McKellen. The film is an epic romance that plays out against a rugged backdrop of sea, cliffs, and stunning scenery.

Based on the 1901 short story, Amy Foster, written by Joseph Conrad, it tells tale of immigrants who, with hopes soaring high, set sail for America in 1888. They encounter a storm at sea and their ship goes down off the Cornish shore, and all on-board lose their lives, except one.

From there, the movie chronicles the fate of the sole survivor, a Ukrainian peasant named Yanko Goral. What awaits him? Will he be welcomed by the villagers or treated as an outsider? Will he master a new language, adapt to his new country, and build a better life? Will he finally find love and happiness?

The film explores contrasting themes of acceptance versus non-acceptance, kindness versus cruelty, the many faces of love and loss, and how actions affect outcomes.

Now, let's take a closer look at a movie that resonated with audiences.

Yanko's name means "little John from the mountains." He leaves his home in the Carpathian mountains but finds mountain-like obstacles in his path to forge a new life and find a home and happiness.

After his immigrant ship goes down,Yanko Goral washes ashore in Cornwall, England. Unbeknownst to him, he is the sole survivor.

A New Shore and a New Life?

Yanko and his shipmates had been sailing to America but never reached their destination. Other than Yanko, all were lost after a storm at sea.

Yanko makes his way to a farmhouse and seeks help but his wild appearance frightens the inhabitants, except for a young girl, Amy Foster, who is a loner with a kind heart. She looks below his disheveled appearance and recognizes he is a human being in desperate need of help. Amy knows only too well what it feels like to be viewed with suspicion and fear and given few, if any, chances.

In secret, Amy nurses Yanko back to health, smuggling food to him, washing him, and caring for him.

Yanko recovers and eventually finds work but he doesn't forget the silent and compassionate girl who helped him when no one else would.

Meanwhile, the local doctor (Ian McKellen) figures out that Yanko is, in fact, Russian. The doctor and Yanko discover a mutual love for the game of Chess and strike up a friendship, sharing many companionable hours together. Yanko helps the doctor improve his Chess game and in the process, the doctor, having lost his own son, develops fatherly feelings towards Yanko. Both men have had to survive incredible losses that altered the courses of their lives.

The doctor's friends, the Swaffers, hire Yanko and pay him wages. Yanko learns that Miss Swaffer (Kathy Bates), was denied love and a normal life when, on the eve of her wedding day, she had a horse-riding accident and ended up with a broken spine.

Amy discover's Yanko's name at the obelisk the town has erected for those who were lost on Yanko's Ship. She breaks the news to him, and he finally learns the fate of his friends and fellow travelers. Yanko is distraught and Amy takes Yanko to her secret cave.

Love & Loss Play Out Against a Rugged Landscape

Those battling inner and outer demons show understanding and compassion.

Whatever they do to us, whatever take they from us... I am your home and you're mine.

The Cornish Landscape - Cliffs Washed by the Sea

Yanko sets sail from Central Europe but is shipwrecked off the coast of England. His ship crosses the English channel but never crosses the ocean to America. 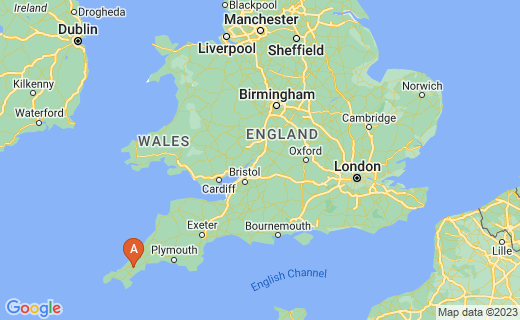 Amy is a country girls who is viewed as a simpleton, while others think she is a witch who can conjure storms. She is a loner who has a gentle, patient, kind nature and is a lover of the sea, but she is misunderstood and wronged not only by her family but by many of the villagers.

I will love him until the end of the world.

Despite the town's opposition and Amy's father's hatred towards Yanko, Amy and Yanko are drawn to each other and soon find they are in love. When Yanko is set upon, once again, it is Amy who cares for him.

The Swaffers arrange for the pair to be married and give them a cottage to live in, but when Yanko falls ill, the villagers will not help him, in spite of Amy's pleas.

The doctor has to battle his own attraction to Amy and when tragedy strikes, he is racked with guilt because he left medicine for Yanko but left and continued on his rounds. When the doctor returns to the cottage, things have reached a crisis point. And he blames Amy. Once again, Amy is unfairly judged.

Kindness in the Face of Adversity

Interesting messages this film portrays is that kindness, while easy to give, is not necessarily shown by those in favorable circumstances who have no reason to be cruel, and that religion, which should be a tempering force for good, doesn't necessarily make better people.

Dr. Kennedy and Miss Swaffer, after suffering terrible losses, could have turned cynical, bitter and cruel but they show far more perception, acceptance, and compassion, befriending and helping Amy and Yanko. Amy, herself, while shown little love or acceptance, shows Yanko kindness and compassion.

Take-away: it's not what life throws at us but how we choose to deal with whatever comes our way. Kindness is always the better course.

It's not what life throws at us but how we choose to deal with whatever comes our way.

Swept From The Sea
Buy Now

I first rented this movie, then later, bought it for my home library. I found it such a different offering--a thought-provoking movie suitable for both teens and adults. Rachel Weisz and Vincent Perez do a great job as the star-crossed lovers.

Why This Story is Timely

Swept From the Sea could be the tale of anyone who left their homeland with the hope of creating a better life. This dramatic work speaks to the larger historical reality experienced by many courageous immigrants who suffered privation and hardship and who then had to endure many challenges in a new land.

A Hit With Audiences

While Swept From The Sea received mixed reviews from critics, as often happens, it struck a chord with audiences.

Have you seen Swept From the Sea?