Nutcracker's Dance of the Sugarplum Fairy

The Dance of the Sugarplum Fairy ~ such beauty, grace, elegance, and fluidity! What young lady hasn't dreamed of flowing across a sparkly stage in a pink tutu dancing with a handsome prince? Well, maybe not everyone, but this magical, mysterious piece of music is one of the most well known classical pieces of music in the world.

As the fourth in a music unit about the Nutcracker Ballet and Tchaikovsky, this lesson hopes to share appreciation for a remarkable musical creation and teach about the many musical elements of melody, harmony, tempo, dynamics, form, tone color, and expression.

Free recordings and sheet music are found below along with worksheet materials, resource links, and full lesson plans that will hopefully shorten lesson planning time for teachers trained in music or teachers who want to add music into their whole curriculum. See the main unit page for cross-curricular ideas throughout the unit.

Thanks for visiting ~ enjoy your study and leave a message below to let me know how my lessons may serve the education community better. Peace & Blessed Christmas Greetings!

Dance of the Sugarplum Fairy 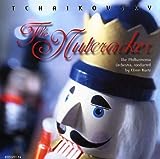 Tchaikovsky: The Nutcracker
Although I have listed resources for free online recordings and videos for this piece, you may want to consider purchasing a recording for yourself to listen to whenever you want!
Buy Now

These materials were created for my children and students and are free for anyone to use simply because of my love of music education! All I ask is that you could leave me a message to know how you used the materials and / or what I could add or change to make them more helpful to others. If you would like to post a picture of your lapbook or notebook that you create, just contact me and I will happily do so to one of the pages of the unit. :D

The notebook and lapbook materials are stored at my blog, Joyful Songs. Two stars and the number of the suggested mini will be placed at each section in order to know which one to use. i.e. **3

Update: March 2014 - Since I first entered these worksheets at my blog, the blog format has changed several times (beyond my control). Please message me if you would like a free copy.

Tchaikovsky's Use of the Celeste

Select (if any) mini books you would like students to write notes.

Research history with "What is a Celeste?" below, and listen to samples of the instrument.

Kids will enjoy reading and hearing about the celeste at New York Philharmonic Kids.

History & Samples of the Celeste

Listen to the Dance of the Sugarplum Fairy again. (By the way, when I was researching I found many references to both "sugar plum" and "sugarplum" - pick whichever you like.)

Teach students my silly lyrics to the 'A' Theme. I wrote these just as a simple way for students to remember main concepts and themes. I apologize for not being a poet! Listen to the piece again singing the "A" theme while tapping a steady beat on laps for the other sections.

"Nutcracker Dance of the Sugar Plum,

Nutcracker Dance of the Sugar Plum,

by Tchaikovsky, the end!"

Look at sheet music for "Sugar Plum". I used the score below for these questions. If you have a different arrangement there will be slight differences. Simply adjust as needed.

Scroll down to Tchaikovsky; there is a score for the whole orchestra, and separate instrument parts to see.

I did not create a lapbook mini for this section; instead, I had the children use copies of the first two pages of the score to circle concepts we talked about and take notes. The pages can be folded to put in a lapbook pocket.

Music Theory Concepts to Learn & Discuss ~ Lessons and materials to teach these concepts are found in previous lessons of the Nutcracker Unit.

Overture of the Nutcracker Lesson Plan

March of the Nutcracker Lesson Plan

~ What is the meter or time signature of the Sugarplum Fairy? (2/4)

~ What does that mean? (There are 2 beats per measure, and every quarter note gets one beat.)

~ Where is the key signature located? (At the beginning of each line.)

~ How many sharps # does the Bass Clarinet part have? (3)

~ How many sharps # do the string and celesta parts have? (1) - Strings, keyboards, and some brass and woodwinds play in what is called concert pitch and are considered C instruments. A key signature with one # is called concert G major. Other instruments play in different keys due to their sizes and shapes; therefore you will see various key signatures in the score. Although the key signatures look different, they are pitched the same. The bass clarinet part (BC) is in A major but sounds in concert G major. The French horn part (Hn) has no flats or sharps in C major, but it also sounds in G major. The 'A' clarinet part (cl) is marked in Bb major with two flats, but sounds in concert G major. Most clarinets are considered Bb clarinets, but some are pitched differently. My daughter recently performed Nutcracker in a youth orchestra switching from her Bb clarinet to an A clarinet as the score called for. The fingerings are the same, but the size variation causes the change in pitch. ~~ Confusing, huh? I hope this makes sense!

~ Find "pizz." in the string parts on the first page. Pizz. stands for pizzicato - it tells the string players to pluck their strings instead of using their bows; it creates a short, detached sound instead of the usual smooth sound.

~ Look at the celeste part on the first stanza. Find the dot (.) on top of the notes. This is called staccato. The performer will play the notes separated or detached - more of a bouncy feel!

~ Pick out any other concept you would like your children or students to know.

~ Students may write down any unknown vocabulary words down on their vocabulary flashcards or notebook page for reference. 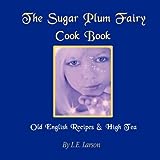 The Sugar Plum Fairy Cook Book - Old English Recipes & High Tea
Delightful recipes to create enjoyable treats to eat while you listen to the Nutcracker or during festive get togethers!
Buy Now

Listen to several other arrangements to compare and contrast what you hear such as tempo (speed), dynamics (loudness), tone color (instrumentation), and other musical qualities such as melody, harmony, rhythm, and form.

You will find many versions on YouTube - some incredibly awesome, and others ... well ... not. I think music students may learn from both good and bad interpretations of the piece, and so I encourage listening to many.

Questions to think about: What makes one version better than another? Will some people prefer one version while other people prefer another? Why? What is most appealing to you about your favorites? If you were performing this piece, which qualitites would you like to imitate and why?

Creative assignment: Consider creating your own version of the Sugarplum Fairy. It could be as simple as humming the main theme while tapping on a percussion instrument to very elaborate adaptations.

Play around with many musical qualities! There are no right or wrong answers, so try something new!

Melody & Rhythm - perhaps keep the same notes but alter the rhythm, or keep the rhythm and change the notes slightly.

Harmony - try an ostinato (repeated pattern of notes or rhythms) with one note, chord, or sequence.

Form (how the sections of the piece are put together) - change the order or amount of sections in the music.

Experiment with numerous tempos (speed) or dynamics (volume) to see what you like the best.

Enjoy this very modern version of a classic piece! 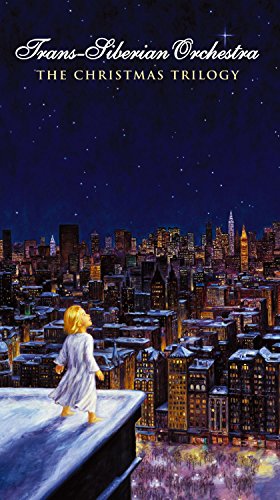 What exactly is a Sugarplum or Marzipan?

We've heard of them, but what are they?

Research and write your findings in the mini books.

Visions of Sugarplums has a brief history and recipies.

Twas the Night Before Christmas ... "while visions of sugar-plums danced in their heads".

Does Sugarplum taste good? - (I've never had it before.)

Have you ever tried sugarplum candy?

Wishing you "Sugary Dreams" this season!