Born in Knoxville, Tennessee but raised in nearby Luttrell, Kenny Chesney attended high school at Gibbs High School and played on the varsity football team where he wore jersey #7. Some of the photos from his high school playing days are featured in the video for the song "The Boys of Fall."

Taylor Swift is a native of Pennsylvania and was inspired to become a singer by her grandmother who performed opera. Driven by her desire to succeed in the music business, Swift's parents would often travel to Nashville, Tennessee so that their daughter could learn more about songwriting and performing. Eventually, Swift moved to the Music City area where she caught the eye (and ear) of record company owner Scott Borchetta who signed her to his new Big Machines Record label.

Darius Rucker paid homage to one of his musical heroes and influences, Radney Foster, by naming his 2010 CD "Charleston, SC 1966" (which is the birthplace and birth year for Rucker). The title is fashioned after the title of Foster's debut album "Del Rio, TX 1959."

Before dedicated her life to becoming a recording artist and musician, Carrie Underwood was a star athlete in her home state of Oklahoma and played softball for nearly a decade while attending elementary and high school.

Born Thomas Luther Bryan on July 17, 1976, Luke Bryan is married to Carolyn Boyer Bryan. Their first son was named after both parents and has the legal name Thomas Boyer Bryan, but he's called "Bo" by family and friends.

Prior to signing his record deal, Dierks Bentley worked several odd jobs in and around Nashville. While he was a student at Vanderbilt University, Bentley worked as an intern for the Country Music Association.

Signed to Giant Records in 2001, Blake Shelton's first single was scheduled to be a song called "I Wanna Talk About Me" but it was shelved at the last minute and replaced by the song "Austin" which went on to become Shelton's first hit recording. Toby Keith later recorded and released "I Wanna Talk About Me" and took the song all the way to number one.

A contestant on the TV reality/audition program "Nashville Star," Miranda Lambert finished as a runner-up to that season's winner Buddy Jewell. Originally seen as more of a songwriter than a star singer, Lambert was signed to a record deal and has become one of the most recognized and awarded female country singers performing today.

While living in Georgia, Zac Brown and his father opened a restaurant/nightclub in Lake Oconee and called it "Zac's Place." Eventually, the restaurant was bought out by a developer and with his share of the proceeds, Brown bought a tour bus and hit the road with his newly formed band.

Who is your favorite current country music artist?

Order "Life On a Rock" by Kenny Chesney from Amazon.com 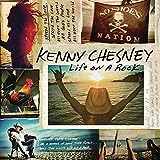 Life On A Rock
Buy Now

Order "Blown Away" by Carrie Underwood from Amazon.com 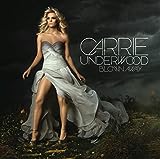 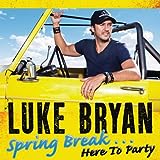