The 10 best Creatures in the movies

Whether from a grave or from outer space, movie goers love this assortment of creeps!

The scariest animals and aliens.

Slasher movies are very popular in the horror genre, but who doesn't love a good or bad creature flick now and then? Even if its the "dark night of the giant platypus" or "Attack of the killer tomatoes", all creature flicks have a host of fans!

Here are my favorite creatures from the movies. Enjoy!

13.Jaws- The gigantic shark with the famous theme song made many of us too afraid to swim or boat for a long time.

12. Mummies- Imhotep was the original and still is the best!.

11. Zombies- Sometimes the dead just doesn't want to rest! Dawn of the Dead, and Night of the living Dead are my favorites! Gotta love Tony Todd!

10. The Thing, from John Carpenter's imagination- Kurt Russel and David Kieth battle a nasty little parasite from outer space.One of the grossest creatures from Hollywood!

9. Predator- In the hottest of summers, jungles are stalked by a mysterious hunter.His weapons, and camouflage made him most difficult to find, let alone kill.

8. The Xenomorph from the Alien Movies- Xenomorhs, like most movie creatures, were born to hate humans. Large, fast, and covered by sharp armor, this parasite terrorized space and brought new meaning to terror in the late 70's!

6. Vampires- How could a bunch of blood suckers lead by an evil count be so seductive? Bela Lugosi found a way to make America fall in love with these creeps!

5. Frankenstein's Monster- A curious Dr. interested in discovering the mysteries of life and death engaged in a gruesome experiment. His name? Frankenstein.

4. Werewolves- He who is bitten by a werewolf and lives becomes a wolf. Even a man who is pure of heart and says his prayers by night, may become a wolf when the wolfbane blooms, and the autumn moon is bright. Not evil, but wild and vicious, werewolves have survived silver bullets long enough to terrorize the silver screen since the 30's.

3. King Kong- Kong was a giant ape from Skull Island, who bought his demise next to the Empire State Building. His film legacy goes back almost 100 years!

2. Dinosaurs- Most famous in Jurasic Park. Dinosaurs of all types, but especially the Raptor and the T-Rex, have come from the past to attack the modern world.

Here he/she is. The only one on this list who could stand toe to toe, mano e mano with King Kong. The one and only-

1. Godzilla- From the ocean near Japan, a colossal monster, that breathed an atomic flame, and had a most recognizable scream, tore apart power lines and buildings.

Check these out too! 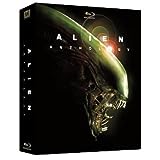