There were many styles of the six shooter. 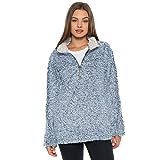 Westerns on the Silver Screen!

Once this genre ruled as far west as Hollywood. Though they have passed off the scene somewhat, Westerns still tend to pop back up every now and then. And yes, they still end with a huge shoot out, heard around the world.

Here come the 12 best. Here are the ones that I hated to leave out.

Young Guns- A great cast can carry a film a long way.

The Cowboys- This was a great story with a better ending! John Wayne was awesome. This also had a surprising supporting cast.

Tombstone- This one had potential, but was too dry and had too many empty lead ups.

Butch Casidy and The Sundance Kid- Paul, and Reddy were good together!

Drums along the Mohawk- Henry Fonda was one of the best!

The Unforgiven- I found this to be overrated even though it had a great cast. the story and mission could have been better.

Wyatt Earp- Kevin, of course had to appear at least once on here. With Michael Madsen, Gene Hackman, Jeff Fahey, Tom Sizemore, Mark Harman, and others, it could have been better.

A shoot out for the ages!

The best gun slinging flicks from the old west!

12. Tin Star- Yes, number 12 is a tie. Henry Fonda anchors this with a great break out performance by Anthony Perkins from Psycho. Thank God that Anthony was a lawman and not Norman Bates!

12. Hang em high- Clint appears for the first time today. I loved this battle between good and evil that brings Clint back from the gallows to finish it. Alan Hale Jr. and Bruce Dern appear also.

11. The Wild Bunch- 1969. William Holden and Ernest Borgnine anchor this classic as aging outlaws planning one more heist as the Old West starts to disappear.

10.The Man Who Shot Liberty Valance- 1962 - Jimmy Stewart of all people, plays a senator who straps on a gun, to take down a notorious villain. Jimmy was good in everything he did, but John Wayne played a big role in the twist, as well as the whole movie.

9. The Magnificent Seven- Yul Brenner, Steve McQueen, Robert Vaughn,Charles Bronson, James Coburn, and many others come to the rescue. Based on the 7 Samurai, seven gunmen ride to take on a group of villains, and free an oppressed, Mexican village. Only one of these actors appears again (later) on this list. Do you know who it might be?

The T.V. show with Michael Biehn was good also.

8. True Grit- The John Wayne version was a little better, but I liked the Jeff Bridges version as well.

7. Shane - Alan Ladd is a strange, but welcome drifter that adopts a family. All is well until Jack Palace and his thugs, come calling. And then, there is trouble for everyone.

6. The Searchers- 1960 -John Wayne, Natale Wood, Vera Miles, and Kent Curtis (Festus from Gunsmoke and Country/Western singer) star in this adventure about a .... well, you will just have to watch it! You had to know that the Duke would make this list!

5. Once Upon a time in the West- 1968- The great Charles Bronson, Claudia Cardinale, and Henry Fonda star in this wild shoot em up. There was a great train scene in this one.

4. Outlaw Josey Wales- This is one of my favorites as Clint Eastwood plays an unstoppable gunslinger. As a hunted hero, there wasn't a posse or any outlaw that could stand in his way, or was there one?

3. Open Range- Costner returns with Robert Duvall in a great story with an epic final shoot out. This was awesome!

2. The Good the Bad and the Ugly- Top of the "spaghetti western" heap! The over hyped Unforgiven was not his best Western. Clint and Lee Van Cleef were great as the Good and the Bad!

Here comes my controversial pick for the best ever!

Can you guess what it is?

Here is the best one ever!

1. High Noon- How can you get any better than the old black and white with Gary Cooper, Grace Kelly, and Lee Van Cleef? This movie ran the exact same amount of time, as the story took. That is near impossible and this was the first to do it!

Tell me your favorites and do not forsake me!

The drifter himself, in a great collection!

Other Movie Blogs of mine.