The 15 Most Beautiful Blonde Actresses: Round 3

Are you ready for Round 3? It seems there is no end to Hollywood's supply of beautiful blonds, so how about another fifteen golden haired angels to brighten your day (or illuminate your night for you night owls out there)? At first I thought it might be difficult coming up with another list deserving of such honor, but truth be told, once I started thinking about it., I came up with almost thirty. That's right -- thirty! Needless to say Round 4 will not be too far behind this one.

On my first list, from the very beginning, there was a clear winner with Tara Reid taking a commanding lead and holding it for the duration of the poll. She is still there, leading her nearest competitor (that would be Kate Hudson) by six solid percentage points. But Round 2 has not been so clear cut with three lovely ladies currently battling it out for the top spot.

The current leader, with 15% of the votes, is the ever adorable Kristen Bell. Second place goes to the one time leader, Amber Heard with a solid 13% of the votes. But nipping at her heels with 11% is everyone's favorite world-saving cheerleader, Hayden Pannettierre, who was at one time the leader. Who will come out ahead in the long run? Only time will tell.

But for now, let's turn our attention to fifteen new beauties that once again show us why not only do blonds have more fun, blonds simply are more fun!

Sarah Michelle Gellar is definitely best know as Buffy on the hit show Buffy the Vampire Slayer. But Sarah has also made many successful films as well and could arguably claim the title of Scream Queen beginning with her portrayal of Helen Shiver, I Know What You Did Last Summer's Croaker Queen. More scary stuff followed like Scream 2 and The Grudge, and more recently, the less successful but still excellent The Return and Possession. Sarah has dabbled in comedy and drama as well, but just seems to really excel in raising a few goosebumps with a good horror flick. Watch for her new series, Ringer, which will hopefully be picked up and appear on CBS.

Australian actress Teresa Palmer has been quietly moving up the list of recognized actresses, beginning with her parts in The Grudge 2 and Bedtime Stories with Adam Sandler. More recently, she made quite an impression in The Sorcerer's Apprentice and as Number 6 in I Am Number 4. With her flowing golden locks and sparkling blue eyes, Teresa is certain to only become more popular as her career unfolds.

Emily Proctor got her start on television as a weather correspondent for a local television station while in school getting degrees in journalism and dance. She worked her way up in Hollywood until landing the part of Calleigh Duquesne in CSI: Miami. She has been starring on that top rated crime drama since 2002. Emily stays in shape by running for two hours five days each week. She also sings in a cover band and does a lot of charity work with organizations that assist children and the homeless. It wears me out just typing it all out! An amazing woman!

Lydia Hearst, sometimes known as Lydia Hearst-Shaw, is the daughter of the once-kidnapped heiress, Patty Hearst. Like Paris Hilton she was born into a life of luxury, but she has worked hard to become her own woman. She has become not only a well-recognized socialite but also a well-known supermodel, a well-respected columnist and and now is an aspiring actress. While so far she has only had small parts here and there, this year she has three films in the works including a starring role in Crimson Tear.

It is probably fair to call foxy Heather Locklear a television actress though she does have close to a dozen film credits as well. But it has always been on TV that her star has shone brightest and where she has been nominated for and won several awards. (Her only film award, which she did indeed win, was a Worst Actress for The Return of Swamp Thing.) It was also her television career that launched her on her way to another notable accomplishment -- pin-up and poster queen of the 1980s. With the exception of perhaps Farrah Fawcett, few women have adorned as many young men's wall as Heather.

Helen Slater burst onto the cinematic screen in the mid-80's, first as the super-hot Supergirl in the film of the same name, and then in the back-to-back hits The Legend of Billie Jean and Ruthless People. After those early hits, her career settled down a bit, but Helen always remained busy with acting jobs and tended to meet with some degree of success in all her endeavors. In recent years she has played Lara, Superman's Kryptonian mother on the series Smallville. While she may not have made as many blockbuster films as some of her contemporaries, the quality of her work can never be questioned. Nor can the fact that she went from being a pretty young woman to a beautiful, elegant lady. 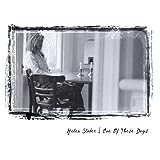 One of These Days
Buy Now

In a few movies, Helen's rather pleasing singing voice has been featured but some fans may not realize that Helen Slater also has a music career and has released three albums -- One of These Days in 2003, Crossword in 2005 and Shine in 2010. Her music is reminiscent of the 70's style of singer-songwriters like Joni Mitchell and Carole King and she records everything in the studio live without relying on overdubs or multi-tracking. All of her albums have received very positive reviews from fans and critics alike and are all available for purchase online.

Speaking of Supergirl, let's not overlook the new Supergirl from Smallville television series, Laura Vandervoort. Hailing from Canada, this stunning charmer has been acting since a very young age, starring in several Canadian television shows before getting her break in the United States in 2007 when she won the role of Supergirl. Laura certainly has a bright future ahead of her and will be a fan favorite for years to come.

With her Norwegian heritage (all four of her grandparents were born there) gracing her with typical Scandinavian good looks, Kristanna Loken has always been a beautiful woman. It was only natural that she became a supermodel. It is probably no surprise that her mother was also a model. And while Kristanna has probably never really made the big time on the big screen, she certainly has a solid acting career under her belt.

Sarah Chalke has been acting since 1992 but definitely has become best known for her role the comedy series Scrubs and is now on the popular television show Mad Men. Sarah has the natural beauty of a true blue-eyed blond and lights up the screen with her energetic performances. It seems certain that Sarah will only grow more popular in the next few years with a dedicated fan base that just cannot get enough of this Canadian stunner.

Michelle Pfeiffer began acting in 1979 and starred in her first major motion picture in 1982 when she was cast as Stephanie Zinone in the ill-fated sequel to Grease. Though critics did find Michelle refreshing, the poor performance of the film made it difficult for her to find work, but once she manage to land a role in Scarface as a coked-out trophy wife, her career was set on the fast track. Michelle became one of the biggest actresses of the 1980s and hasn't slowed down much since. Look for her to have a major role in the upcoming Dark Shadows movie starring Johnny Depp and directed by Tim Burton.

Supre cutie Jennifer Lawrence has been acting for a few years but has really just started gaining attention after starring the award-winning independent film Winter's Bone. That performance has scored her a couple of major film roles for 2011 including X-Men: First Class and the Jodie Foster directed film, The Beaver. She is also slated to star in House at the End of the Street in 2012, a horror flick that is already generating a lot of buzz. With her fresh good looks and obvious talent, Jennifer is definitely the new star to watch!

Susannah York, who passed away this past January, was a British actress with silky blond hair and eyes of the clearest blue. She was simply dazzling and, by all accounts, a wonderful woman, wife and mother. She worked all the way up until her death at age 72 and left behind not only a fine body of work and legions of dedicated fans, but also the memories of the quintessential '60s girl. If you are unfamiliar with her, I would recommend beginning with Tom Jones (1963), A Man for All Seasons (1966) and They Shoot Horses, Don't They? (!969).

Naomi Watts began her acting career in Australia in 1986 and became popular there on the series Home and Away but did not really break through in America until 2001 when she appeared in the David Lynch film Mulholland Drive. The next year she starred in the horror film The Ring and has since been an A-list actress with roles in movies like The Ring 2, King Kong, Eastern Promises and the upcoming new film directed by Clint Eastwood, J. Edgar. With her natural blond locks and her grayish-blue eyes, Naomi is certainly a gorgeous stunner. Oh, and she gets coolness points because her father was Pink Floyd's road manager.

When Maggie Grace first appeared on the hit show Lost, she had only been acting for a couple of years but had already built up quite an impressive resumé of supporting roles on television. With the success of Lost, she began getting offers for films and appeared in the mega-hit action flick Taken, though as the one who was taken her screen time was mainly brief appearances at the beginning and end of the film. Fans of the Twilight series will surely be pleased to learn that Maggie will be in the upcoming Breaking Dawn installments. Hopefully we will see much more of the enchanting Ms. Grace as her career continues to blossom.

Canadian Elisha Cuthbert is best known for her role as Kim Bauer on the hit television series 24, but she has also had success in films such as Old School, The Girl Next Door and He Was a Quiet Man as well. Elisha routinely makes both the FHM and Maxim annual "hot lists" with her highest ranking coming in at #4 on the FHM 2008 list. There is bad news for the guys out there hoping for maybe a glimpse of Elisha nude in an upcoming film -- she has stated she will not do nude scenes or pose for nude photos, preferring to keep some things to herself.

Be sure not to miss my other Top 15 Blondes lists...

The Fairest One of All Poll V

Which of these ladies do you find most attractive?