Joe Kennedy was a Harvard graduate who began his career in finance, eventually amassing a fortune in the stock market and eventually investing mostly in real estate. Joe became a bootlegger during prohibition and at the its repeal, Kennedy and FDR's son James Roosevelt, traveled to Scotland to buy distribution rights for the distribution of Scotch whiskey. His favorite saying at this time was, "Go for it!"

Joe Kennedy was no fair minded gentleman, he was an opportunist who loved winning and hated losing. His goal was to be a millionaire, no matter what it took. His bootlegging multiplied his fortune into millions, and Joe was eagerly looking for other ways to double and triple his estate. 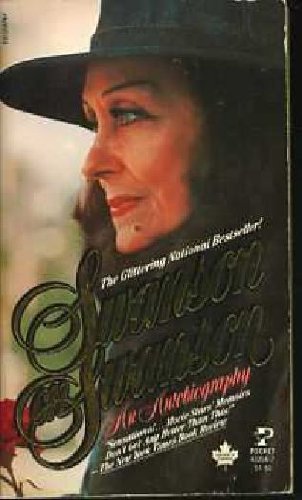 Joseph P. Kennedy: The Mogul, the Mob, the Statesman, and the Making of an American Myth
Buy Now

The Movie, and Bust

An acquaintance of Kennedy's made an investment in one of Lon Chaney's movies The Miracle Man, and his investment of $120,000 tuned into three million dollars.

This gave Joe the idea that Hollywood was another avenue in which to breed his healthy wealth. Joe met with Adolph Zukor and some of the big shots in Hollywood to discuss financing. He also met Gloria Swanson, one of the most important actresses of the 1920s. Gloria had always maintained to her dying day that Joe Kennedy was no Clark Gable in appearance, but he was good looking, and so charming and down to earth, that he was irresistible. Joe had magnetism and possessed an exciting power and sexuality. Swanson and Joe Kennedy were instantly attracted to each other and embarked in a grand, Hollywood style love affair. She was married to Marquis Le Bailly de la Falaise, and he was married to Rose Fitzgerald Kennedy, but this was Hollywood and Joe Kennedy.

Joe bought Gloria a lovely home with a plush pink bedroom, a luxury automobile and even bought some of the grip men new cars.

Joe was riding high, having his affair with Swanson and buying up movie palaces across the country. He was now undertaking the financing of and independent movie for mistress Gloria. Their movie project was going to be titled The Swamp and directed by the fashionable, and irresponsible Erich Von Stroheim. As was Stroheim's typical habit, he shot miles of film, changed his mind and re-shot scenes that seemed to be perfect.

No one even knew what the film was about by the time Gloria called Joe in panic, stating that the movie was going nowhere and that the amount of money that had been wasted by this time had taken them to a point of no return.

When Joe looked at the script and the rushes, he was appalled. It was the tale of a convent girl who had inherited a string of African bordellos. In 1928 the subject alone made this film impossible to release.

Joe did all he could to salvage the mess by retitling the movie as Queen Kelly, (as in Queen of the cat houses) and cutting much of it. The film was never released in the United States and it was Joe Kennedy's first major loss.

He continued to produce Gloria Swanson's movies but he was a sore loser, and he wondered if he were being punished for his affair. Joe hated losing money more than anything else in the world, and whenever he did lose money, like a good boy, he confessed his sins and asked God to forgive him. Stressing that he would do better next time, if given another chance. He was confessing often at this point in life, and his priest paid Miss Swanson a visit. He informed Gloria that Joe wanted to be a father to his kids and a good husband but that she was holding him back from doing what was right in life. It was now Gloria's turn to be appalled. She fired back that if Joe wanted to stop seeing her it was up to him.

The next time Gloria saw Joe she was fit to be tied. Kennedy shrugged the Priest visit off, and wanted to simply pretend it never happened. Swanson was losing trust in Joe by this point. He was supposed to be a big business man and yet he crawled to his priest and prattled his dirty laundry, causing his Priest to stick up for him like a daddy to Gloria. The image of Joe as the self assured, strong and capable man was instantly tarnished by the sniffling weasel who tattles, and talks out of both sides of his mouth.

Gloria cooled the affair after this strange interaction and Joe Kennedy left Gloria Swanson with a heap of unpaid bills, as he threw himself into other crooked business schemes, such as trying to wrangle the Pantages theater away from Alex Pantages, and finally wiggling his way into the Democratic party, and becoming Ambassador to Great Britain.

Gloria later discovered that Joe had not really given her a home or car after all, and he had actually charged their business for the cars for the grip men, Gloria's home and car. Gloria was bankrupt.

To Read Moe on the life of Gloria Swanson

Articles Related to The Glory Days of Hollywood