Wow, I never thought fart jokes could be funny

"The BFG" may not be the biggest hit of the summer, but it's arguably one of the most underrated ones by far. The story is about a nine year old girl named Sophie, who forms an unlikely relationship with a giant, who refers to himself as BFG, which is short for "Big Friendly Giant."

As it turns out, BFG is responsible for all the dreams that people have, but he's constantly tormented by bigger giants that refer to him as "runt." Unlike BFG, these giants not only hate humans, but they tend to eat them as well. This leads to our heroes eventually formulating a plan to get rid of them once and for all, while enlisting the assistance of the Queen of England and her army.

There's a lot of things I could say about this movie, but let's start with the most obvious one. BFG's name sounds a bit too on the nose if I'm to be completely honest. Sure, it works fine for the movie's title, but as the character's name? BFG? Short for "big friendly giant?" As in the only friendly giant throughout the entire film? It just feels too on the nose, and probably would've been better if the giant's name would've been something like "Steven the friendly giant" or "Horgoth the friendly giant." Something stupid like that would've worked. By simply calling him "Big Friendly Giant", or "BFG" for short, it lacks that element of subtlety.

It would be like renaming James Bond to something like "Ladies Man" or "Super Spy." Or Lex Luthor changing his name to "Rich corporate douchebag that hates Superman." There are some things that are better left for your audience to figure out for themselves. And by giving BFG such a simplistic name, it feels like Roald Dahl felt the need to spell everything out for us in this story. 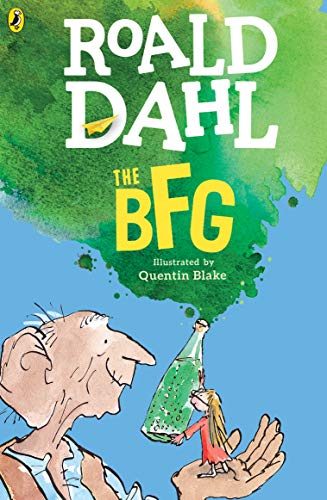 Apart from that minor little gripe, "The BFG" is pretty much what you'd expect it to be. It's a cute film that's both sweet and charming, while still giving us a surprisingly rich imaginative story along the way. Sure, the plot is predictable for the most part. Most of the characters are generic stereotypes; including BFG himself, who's essentially the misunderstood outcast among his peers.

The rest of the giants are basically non redeemable a**holes. Sophie seems to be only complex character throughout the entire movie, as the rest of the non giant characters essentially don't have a personality to speak of.

But apart from these flaws, the relationship between BFG and Sophie is rather touching, and they share a lot of great chemistry together. The visual effects are amazing, and I love the unique character designs and art direction this movie chose to take. Plus, some of the cinematography work helps capture the broad scope of this world. .

While not the best written live action movie that Disney has made, "The BFG" is a lot of fun to watch. The characters are fun to hang out with, and a lot of the humor is funny. In fact, this is probably only movie that I can remember that made fart jokes seem hilarious, and this is coming from a guy that HATES fart jokes. I usually tend to hate them because they're often juvenile, predictable and frankly just gross.

But if you give me a situation where it's unlikely to have a fart joke like having dinner with the Queen of England, and suddenly everyone farts up a storm (including herself), then it equals comedy gold because it's not predictable setting that you'd expect to get a fart joke to take place.

Like I said before, the story is a bit weak at times. And since it's heavily cliched and predictable, the entire movie can be a tad forgettable. However, it's harmless for the most part. And if you're just looking for a decent family movie to take your kids to that's not going to feel like it's insulting your intelligence, then I can think of worse options than "BFG."

I just wouldn't expect too much out of it though. However, if it were me personally, then I'd probably see something like "Finding Dory" instead. Nothing against "The BFG", as it's a good movie. I just think most people would be better off waiting for it to come out on Netflix or something, as it's not one of those movies that's worth going out of your way to see in theaters.