The Backstage Experience, Advice For Meeting A Celebrity

Alan Jackson may not think of himself as a celebrity, but he is, along with being a wonderful, down to earth guy!

When you hope and DREAM like I did for YEARS of meeting a guy like Alan Jackson, you tend to get pictures in your head of what will happen, maybe from what others tell you about their experiences, or from pre-conceived ideas you may have.

I have to admit - I always pictured “Backstage” to be different from they way it actually IS! I won a contest (tickets and backstage passes) in May of 2002, and my husband and I were able to use them to meet Alan on his bus at his show in Milwaukee, Wisconsin on February 1st, 2003.

To GET to Alan’s bus, we had to walk through the backstage area at US Cellular Arena. Now, different venues may be different, but I have a feeling that backstage is probably similar at most of them. It serves a purpose as a waiting area for band members and others (like security people) who are working there, and it is the place that the star of the show walks through on his (or her) way to the stage.

I Had A Very Different Vision Of Backstage...

I had always pictured backstage to be… I’m not sure of the word I want, glamorous maybe? It really isn’t… you go through a curtain, and the first thing you notice is how much quieter it is back there than out on the floor with the chatter and commotion of 8,000 people moving around! You might see one of the opening acts just walking around like we did, you might see band members… but the one thing I’ve learned is to always be respectful to them. I’ve learned not to go up to them and overwhelm them. When we were back there, it WAS exciting, but I tried to just be a quiet observer.

Their job has to be overwhelming at times; at least I think it would be. Backstage is THEIR place to relax, and just let their hair down, and be themselves. When you’re back there, you’re a guest in their environment, at least that’s the way I tried to think of it. You have to figure that onstage, they are playing a role, for the most part. Alan’s band, the “Strayhorns,” consists of some pretty down to earth guys, and what you see is what you get with all of them.

When you first go backstage, you notice that it looks more like a utility area than someplace glamorous… this particular arena had gray walls, gray floor, a ramp to walk up on the way to the stage door, and the buses were parked right near the stage door. You see security people there, mostly with people who have passes, but a few are milling around.

I’m sure they have to be watchful of anyone who is NOT supposed to be back there, and question them and get them to leave if they don’t belong there. Since we had permission to be there, it was a GREAT experience! The security guy we had walking with us was very nice, he was a college student working his way through school.

You see the band’s equipment back there, and realize that it’s not all shiny and brand new. Some of the pieces back there were road worn and some of it looked like it was pretty beat up. Oh, the STORIES those instruments and that equipment might be able to tell, but we’ll never hear them! Can you IMAGINE if some of Alan’s guitars (Triggs and Taylor guitars) that he has used through the years could tell stories - what stories we would probably hear!

Now, the equipment we saw was probably used by the opening acts, since Alan’s show was being set up and prepared during the meet and greet time.

There was also a room back there that said “Dressing room”… but I have a feeling that if most of the stars that play there HAVE a bus, they probably use their bus as their dressing room.

I don’t really know WHAT I was expecting, I was just trying to be open to the experience, and to take it all in, which was hard this time because I tended to be focused on what was AHEAD for us (meeting ALAN for the first time). I do remember thinking, though, that this particular area wasn’t like I thought it would be. What was I expecting? A “yellow brick road”… expecting the place to suddenly turn into “Technicolor?” I don’t know.

What we found was a fairly quiet, peaceful place, a place that someone could step into for a minute to catch their breath after putting on a WONDERFUL, but tiring show. A place to escape for a minute, before you go back out to the thunderous applause, and walk into the absolutely affectionate embrace of your audience… you sing and play one more time for them, shake hands, sign autographs, maybe touch the hand (and heart!) of a little child who has made their way up front on Dad’s shoulders, wave one more time to the audience, and you’re off. You step into the peace of “backstage,” and then into an even MORE peaceful and tranquil environment on your bus. I can’t even IMAGINE how hard it must be to calm down enough to eventually go to sleep after something like that. Although, after years of experience, you would get used to it, I guess.

Back Into The Arena After Our Exciting Adventure...

Now, after we got off Alan’s bus and went backstage again, I can’t even tell you what was going on! Pretty easy to understand that, right? I can remember joking with one of the security guys asking him if he had any oxygen! He laughed!

When we made our way back out into the arena show area, I DO remember the lights being brighter when we returned, probably because of the show coming up soon. When you step through the curtain again, it hits you like a culture shock. That’s the only way I can think to describe it. You hear the din of 8,000 people all trying to talk, laughing, coughing, and other random noise. It’s really quite a shock. It is very quiet on Alan’s bus, at least it was when we were there, and it felt like such a tranquil place to relax and get ready to go out and do a show.

I can’t even imagine how Alan must have felt the very first time he ever walked out onto a stage in front of a huge audience. We were told that this arena (the way that it was set up that night) would hold 8,000 to 10,000 people. That has to be VERY overwhelming the first time you step on stage, and maybe at other times as well. How do you go back to just being Dad and a husband after doing that? It’s a balancing act I think, and it seems like Alan does it very well.

I’d like to thank Alan for taking the time to visit with fans, and allowing us to have a glimpse into his world. It’s something most of us would never experience otherwise. Even if I had a performing talent, I’m not sure I’d have the persistence, patience, and coping abilities to handle all that comes with it. Thank you Alan, be safe in the air and on the asphalt. 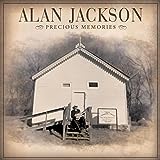