Marshall Fish is a remote trivia writer for Hasbro, Screenlife Games, and other pop culture websites.

1969 was a strong year for rock albums, with such releases as "Led Zeppelin II", “Tommy”, and “Let It Bleed” hitting music store shelves. It was also the year The Beatles recorded their last album as a group, “Abbey Road”. 50 years later, an anniversary edition box set of this Grammy nominated title has been issued, offering a fresh new take on a classic collection of Fab Four songs.

The “Abbey Road Anniversary Edition” Super Deluxe box set is made up of a remixed version of the 1969 album, two CD’s of session recordings and demos, and a Blu-ray audio disc. All are contained in a slip-sleeved 12” x 12” 100-page hardbound book

“Abbey Road” is the third anniversary edition Beatles album to be remixed by producer Giles Martin and mix engineer Sam Okell, and issued with additional session recordings and demos. While the 2009 remastered “Abbey Road” CD sounds good, this new remixed issue adds a bit more punch to the audio.

“The magic comes from the hands playing the instruments, the blend of The Beatles’ voices, the beauty of the arrangements,” Martin says in his written introduction for the new edition. “Our quest is simply to ensure everything sounds as fresh and hits you as hard as it would have on the day it was recorded.” Martin and Okell have been successful in that regard with this new “Abbey Road” disc.

All songs are sourced directly from the original eight-track session tapes. Little audio details are noticed more, like the strings on “Golden Slumbers” or the background vocals on “You Never Give Me Your Money”. The dueling guitars section in “The End” have been changed to Paul McCartney’s part in the left channel, George Harrison’s in the right channel, and John Lennon’s in the center. Ringo Starr’s drums literally leap out of the speakers during his solo in “The End”, the only one during his Beatles recording career. The background “oohs and aahs" vocals on “Oh Darling!” are more distinct now, and it’s easier to make out the Moog synthesizer played by George Harrison in “Here Comes the Sun".

“Abbey Road” also contains two of Harrison’s best Beatles songs, “Something”* and the aforementioned “Here Comes The Sun”. Frank Sinatra called “Something” “the greatest love song of the past 50 years”, and the tune has been covered by Sinatra, Ray Charles, Willie Nelson, and Smokey Robinson. It’s a treat to hear the instrumental version of the song, with just the strings, on the box set’s third CD (Take 39-Strings Only).

As with the “Sgt. Pepper” and “White Album” 50th anniversary box sets, the “Abbey Road” Super Deluxe Edition offers very entertaining session recordings and demos. These tracks are not "scraping the bottom of the barrel" of Beatles music. The bonus CD’s are 43 and 42 minutes long, respectively. If you enjoy hearing studio chatter and versions of songs minus certain overdubs, then these tracks are for you. The tunes are placed in order from the dates they were recorded.

“I Want You (She’s So Heavy)” was the first “Abbey Road” track set to tape, in February 1969. The Sessions Disc 2 take starts with The Beatles prepared to record, with their amplifiers turned up high, and Lennon proclaiming “My boys are ready to go.” But, the group’s sound engineer, Glyn Johns, then asks Lennon if the band can turn the volume down. The Beatles were working overnight at central London’s Trident Studios, and one of the studio’s neighbors was complaining about the noise. Lennon tells his fellow Beatles, “Well, we’ll try it once more very loud, and then if we don’t get it, we’ll try it quiet…Last chance to be loud!” The band launches into the tune, which on the CD has a great Billy Preston organ solo added to it

An audio treat is hearing Sessions Disc 3’s “The Long One”, an early mix of the “Abbey Road” second side vinyl sequence of songs beginning with “You Never Give Me Your Money’ and finishing with “The End”. But at first listen, it’s slightly unnerving to hear “Her Majesty” placed right after “Mean Mr. Mustard” instead of following “The End”. Notably absent too is “The End”’s last line, “And in the end, the love you take/Is equal to the love you make” which ties the songs together. The guitar solos are missing as well from the track, along with the “Love You” chants. “Golden Slumbers” and “Carry That Weight” are lacking their string and brass section overdubs. All in all, it’s fun to listen for the musical parts that aren’t present in this early version of the medley.

The two non-Beatles tracks in the set are McCartney’s demos for “Goodbye” and "Come And Get It”. The former was penned by McCartney for Welsh singer and Beatles Apple label artist Mary Hopkin, who had a U.K. number one and U.S. number two hit in 1968 with “Those Were The Days”. Hopkin’s “Goodbye” single reached the second spot on the U.K. charts, and number 13 in the U.S. McCartney’s recording is an acoustic version, much more spare than Hopkin’s rendition which featured strings, horns, and backing vocals.

The latter was a top ten single in the U.S. and U.K. for another Apple Records act, Badfinger. It’s a different mix of the McCartney demo here than what’s on "The Beatles-Anthology 3" album. The maracas are more prominent on the “Abbey Road” sessions track, and the overall sound is much better than on the Anthology CD.

"Come And Get It" (Studio Demo)

The “Abbey Road Anniversary Edition" is also available in a limited, deluxe 3LP vinyl box set as well as 2CD and 1 CD versions. A 1LP Picture Disc and Standard Issue vinyl record are being sold, too.

In a trivia note, “Abbey Road” has the distinction of being the first Beatles album to be released on compact disc, in 1983 by Japan's Toshiba-EMI label. But due to legal difficulties, the disc was taken off the market. The album was then re-released on CD in 1987, and again with the 2009 edition.

Five decades have passed, but the music of “Abbey Road” and The Beatles still shines brightly. This new “Anniversary Edition” box set is a worthy addition to The Fab Four’s catalog. 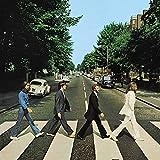