The Beatles' "Please Please Me" Review

I live in the Netherlands. And I love to travel. That is when and where knowing languages comes in handy.

Mark Lewinson describes that Monday in his book The Complete Beatles recording sessions as "There can scarcely have been more productive minutes in the history of recorded music. For in those 10 hours, the John, Paul, John and Ringo recorded ten new tunes for their first album. Together with the previous recordings, the four sides of their first two singles, a 14-song long-player was born"

Of the album's fourteen tunes, eight were penned by Lennon/McCartney, straight evidence that the band was on the brink of forever changing the way the music business was run. Now artists would become self-containing by and, working on their own songs and playing their own instruments on hit records.

In order for the LP to include fourteen songs ten more tracks were required to add to the four sides of the Beatles first two singles recorded and issued previously.

Hence, at 10:00 am on Monday, February 11th of 1963, The Beatles and their producer George Martin began recording what was basically their live act in 1963, and finished 9 hours and 45 minute.

In a mere three sessions that Monday (each going on for approximately three hours) they presented an authentic reproduction of their Cavern Club-era live sound.

In 1963, the UK leadership of both main political parties changes. John Profumo, a cabinet minister for War resigns over his affair with Christine Keeler. After confessing to have deceived the Parliament also made the paper as did the rise of The Beatles. Later the Profumo affair would be made into the movies Scandal with John hurt in a leading role. But I digress.

Please Please Me with Lyrics

The Music on the Beatles album "Please Please Me"

In this hub, I am discussing the UK version that features six covers out of 14 songs on the album.

What is really remarkable about Please Please Me is that there are eight originals on the record. Most other groups in that period would have maybe gotten one or two songs on their record, but almost everything they did would have been covers.
In fact, the music business had many songwriters coming up with songs that were eventually played by session musicians and sung by the artist.
What is truly exceptional on here is that the Beatles have so much of their own compositions on their very first album.
The six covers however tell us a something about the influences on the Beatles' music.

When you look at the early imaging of the Beatles, one of the changes Brian Epstein made in the bands appearance is he got them out of their leather gear into matching suits, wearing Beatle boots, and showing off their hair cuts.
He really cleaned up their act, and when they are presented live onstage, you will see that the lead singer is always at one mike and the two background vocalists at another mike. Resembling the appearance of the popular girl bands of that era.

As far as the music is concerned you can say that:

Early Beatles music seems to be extremely influenced by American pop.
It acquires much more Britishness as the Beatles careers develop, but on this album it is an homage to American popular music.
It's simple instrumentation, a couple of guitars, bass, some vocals, drums. Without extensive dubbing.

What you hear is essentially meant to be a snapshot of what you might hear if the group was in front of you playing at that particular moment.

When you compare these, recordings on the albums with the BBC recordings, which were in fact done live, they really do sound very much like each other.

Please Please Me, The Song

The title track is credited to John Lennon and Paul McCartney.

But is is most likely mostly a John song.

In Please Please Me John begins to show interest in tricky things going on in lyrics.
He was fascinated by what Chuck Berry would do with lyrics sometimes.
Like for instance the song Memphis by ChuckBerry with its kind of a surprise ending.
Another illustration is the song by Bing Crosby called Please.

The lyrics having to do in this song with please hear my pleas.

The lyrics of Please Please obviously have some double meanings.
Think of the lines ‘I’ll Keep You Satisfied’ and ‘Please Please Me’ ... like I pleased you.

With all the explicit warnings for language used on many songs these double meaning seem rather innocent. But at that time, they were kinda naughty.

Please Please me had initially been a slower song.

But George Martin didn't like it that slow, so they sped it up, and they got the version that we are used to.

The Everly brothers song Cathy's Clown could have been an influence too on the song vocally.

In retrospect isn't it funny that The Beatles had difficulty getting the album released in the US. 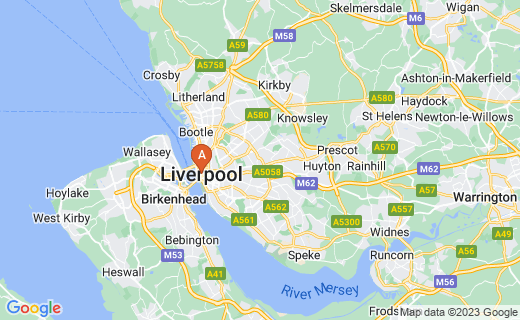 What Is Your Favorite Song on Please Please Me

Please Please Me: The Album Tracks

You can listen and watch several of the 14 tracks by clicking on the videos below. Enjoy!

Below each video is a link more information about each song.

I Saw Her Standing There Track 1 Side 1

Who was your favorite Beatle?

A Taste of Honey Track 5 Side 2

There's A Place Track 6 Side 2