For as long as people have sung there have probably been songs of protest! There is something incredibly moving about a group singing with passion as any English football fan will tell you!

Well this is a personal view of my favourite protest songs. I was a child in the late 60's and 70's so the Vietnam era songs were the soundtrack I grew up with. At the other end of the spectrum I am no fan of rap though I know it's a huge body of work a lot of which is protesting modern society and politics, i'm sorry it just doesn't do it for me. Here's my personal list - and I've deliberately tried to make an international list too!

Les Miserables: Do you Hear the People Sing?

Do You Hear the People Sing?: Boublil

I love musicals but I admit that 1980 musical "Les Miserables" by Schonberg/Boublil wasn't one of my favourites. That said I think you can't beat the great song "Do You Hear the People Sing" which calls the revoluitonaries to the barricades to fight the revolution against the French King. Of course based on Victor Hugo's novel it all ends in tears but I still get tears listening to this particular song.

We Shall Overcome is probably one of the first songs that most people would mention if they had to name a protest song. The simple words and tune makes it very easy to learn and adapt to the cause. The words derives from an early 20th century gospel song - though the exact provenance is unclear. Sometime later the words were added to an old (1794!) hymn "O Sanctissima". The song was popularised by Joan Baez and became associated with the 1960s American Civil Rights movement.

The most well-known international protest song is of course the socialist anthem Internationale, now used by social democrats as well. Not as well known in English - its hard to remember the words and difficult to sing in English it has however been translated from the original French to almost every language. Traditionally its sung with a clenched fist salute. It was the rallying song for the protesters at Tiannanmen Square in 1989.

Dylan: Blowing in the Wind

Blowin' in the Wind: Bob Dylan

The Vietnam War inspired a generation of song writers, the earliest being Bob Dylan who wrote "Blowin' in the Wind", "Masters of War" "Talking Word War 3 Blues" and "The Times They are A-Changin" all in less than 2 years in the early 1960s.

Later of course John Lennon wrote the classic protest song: "Imagine" "imagine all the people living life in peace" "imagine there are no countries " "nothing to kill or die for, and no religion too" pretty much sums it for me - remember this was written in 1971 at the height of the cold war with the Vietnam War still raging.

Pink Floyd: Brick in the Wall

I loved this song when if first come out - "hey teacher leave those kids alone!" As a bit of a non-conformist I really related - they said what I didn't dare! I must admit I've never seen the video before - and its haunting for those of us who remembered a school system before political correctness took over! It did have it downside! The choir of Islington Green School who sung the backing vocals were not allowed to hear the rest of the song! "We don't need no thought control!" George Owell's vision of 1984 realised!

And The Band Played Waltzing Matilda

This one need some explaining to non-Australasians. Australia's unofficial national anthem is Waltzing Matilda - a song about a sheep thief being hunted down by the authorities and shot. A Matilda is a swag - something you sleep in when camping in the bush. "And the Band Played Waltzing Matilda" is now almost as famous, as the original song.

Gallipoli was a the military disaster of World War 1 where Australian and New Zealand's identity was forged and which remembered on ANZAC Day. This powerful anti-War song simply describes the reality of the campaign for a conscript who is maimed during the campaign. The understated lyrics and attitudes "I looked at the place where my legs used to me and thanked Christ there was no one waiting for me, to grieve and to mourn and to pity" some up the traditional Australian laconic "Ocker". It is perhaps no coincidence that the song was written at the end of the Vietnam War which Australia also had conscription for.

Midnight Oil, a long lived Australian hard rock band which championed environmental, political and indigenous issues from 1971 to 2002. They wrote US Forces in 1981 to protest US interferences with other countries politics. Possibly unsurprisingly the lead singer, Peter Garrett, is now the Federal Minister for Environment, Heritage and the Arts 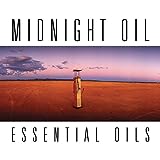 U2 the Irish rock band continues the Irish tradition of protest songs. Bloody Sunday was January 30, 1972, British troops opened fire on unarmed and peaceful civilians in Derry, Ireland during a civil rights march. Unfortunately it took over another 30 years for peace to come to Ireland

Shirley Bassey: I am What I am

I Am What I Am: Jerry Herman

The song Shirley Bassey made her own has always been my personal protest song "your life is a sham until you can say I am what I am". It was long before that I realised that it is actually from the musical "La Cage Aux Folles" set in a transvestite nightclub!

To me the song is all about rejecting what people expect your to do and living life they way you want to - no apologies! Oh and of course I love Shirley Bassey!

What Are Your Favourite Protest Songs?

Where there some songs you didn't know here? Some you'd forgotten about? Drop me a comment below and let me know what you favourite protest songs are, I'd love to hear from you!

More Words by Me

And some bonus extras!

Thanks to people's comments above I've been extending my musical education and found quite a few more songs that were mentioned! I was born in 1962 - too young to be a hippy! I'd never heard of Country Joe - I suspect it was banned from New Zealand radio because of the bad language! Am I the only one that thinks its amazing that I can find 45 year old clips on youtube - I know there are copyright issues around music but honestly there is stuff there I would never have heard otherwise!

Get up Stand up: Bob Marley