The Best Horror Anthologies ever.

What is an anthology?

The horror anthology is a movie with an evil form of a split personality. The twists and turns of the segment stories lead up to the ending of the main story.

This usually has at least 3 sub stories that either are unrelated or seem to be.

13. Grim Prarie Tales 1990- Legends like James Earl Jones and Brad Duriff are good at holding the attention of movie fans. The stories were unique but not that great. It still is decent and watchable.

12. Dr Terror's House of Horrors- This is the first movie with Christopher Lee and Peter Cushing. The main story was somewhat predictable but the segment stories were quite good. Werewolves, Vampires, and an unexpected monster fight to take over their territory. Five travelers seek answers related to each evil creature that's introduced.

11. Vault of Horror- A.K.A. Tales From the Crypt part 2. A group of men are summoned to a stranger room in a building. It's uncomfortable because there is no way out and each of them has a terrible secret.

10. Camp Fire Tales- Made in America, this has a great cast and the stories we're very different. The back story was interesting and compelling as well.

9.Mayhem- Though this was low budget, it was enjoyable. The stories we're loaded with suspense and had very creepy endings.

8. Tales from the Dark Side- Based on the dark themed show, this creep fest was brutal but fun. Unknown at the time, Steve Buscemi and Christian Slater were excellent and terrifying.

7. The Twilight Zone - This was based on the original black and white T.V. show, and it took a few episodes in a very different direction. It was good but Al Brooks and Dan Akroyd stole the show in the main story.

6. Creep Show- Even though the sequels were awful, the first one was great. Steven King, Leslie Neilson, and Tom Adkins arrive to keep the screams pouring out.

5. Twice-told Tales- Of course, Vincent Price had to appear on this list eventually. This was very well done and is another must see on this list.

4. Assyllum-1970. This may have had the best main story of all of these. The ending was totally.... insane.

3. The House that Dripped Blood- Christopher Lee and Peter Cushing pair up again, but in different segments.

2. Tales from the Crypt- Based on the E.C. Comic and was the precursor to the popular H.B.O. show, this film was possessed by evil and greed. Repent for your wrong deeds or meet the Crypt Keeper when you die. 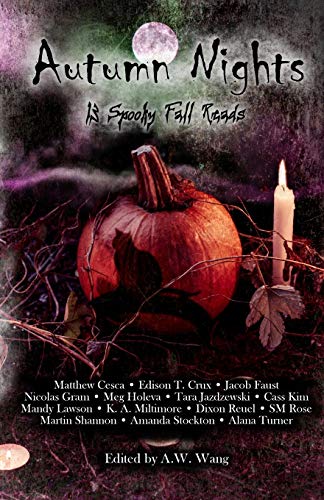 Trick or Treat was popular but didn't make it.

The anthologies that Troma did were absolutely terrible! Toxie wasn't invited and man was he needed!

Many others did not "cut" it either.

Here is number one!

Dead of Night 1945- Black and White and still amazing. Though many of the British anthologies were excellent, this original was the best by a nose. Insanity bleeds through this story right until the... bloody end!