The Italians love to sing and with their famous tradition in Opera that comes as no surprise.

But outside of their native land not many Italian Rock singers are that well known.

This is unfortunate because there is plenty of good music to have come out of Italy over the years.

So here is a selection of some of the best male solo artists that the country has produced.

A true Rock star in his native country with over 20 albums to his name.

The husky voice of Vasco Rossi sells out large arenas and even stadiums like the San Siro in Milan.

Vasco is typical of many Italian singers in that he combines many different styles of music and avoids being pigeon-holed.

He is the archetypal poet-singer, a truly creative artist who is loved by music fans across Italy.

This song 'Basta Poco' is a lively Rock song with a fantastic chorus. A really uplifting tune.

Other songs to give a spin are 'C'e Ch Dico Non', 'Dillo Alla Luna', the power ballad 'Un Senso', also 'Ciao', 'Eh...Giá', and the atmospheric 'Sto Pensando A Te' which is another magnificent ballad.

Another brilliant Rock artist who is also a stadium-filler.

Luciano is perhaps the Italian 'Springsteen' with a discography of great Rock n' Roll and the adulation of many thousands of fans.

He is famous in France as well as Italy he has never broke the international scene.

This is probably because, as like many Italian artists,he doesn't sing in English, although he has performed in London.

Perhaps the most famous Italian Rockstar in an international context.

Zucchero has sold millions of records all over the world.

With a substantial influence from Blues and Gospel music it is no surprise that he is a passionate singer.

He is also versatile and open to many different musical styles. Most recently a Latino touch with a Cuban inspired album.

His most famous tune outside of Italy would be his re-working of 'Senza la Donna', a duet with English singer Paul Young back in 1991.

The archetypal Rock musician and singer Gianluca Grignani was influenced by The Beatles and then The Police.

He was born in 1972 and comes from the Lombardy region in Northern Italy.

His career has beset by controversy over cocaine use and even a mystery disappearance.

That led to rumours of his death but nevertheless he has kept producing great music. His big breakthrough came with the album 'Destinazione Paradiso in 1995 which sold 2 million copies.

A popular figure from Florence who gained fame with the band Litfiba in the 1980s and 90's.

However Piero split with the band in 1999 to embark on a solo career.

As this song 'Buongiorno Mattina' demonstrates he is definitely a straight down the middle Rock artist both in sound and visual style.

But he does like to experiment and has come up with many original sounds and especially inventive videos to accompany his music. He has since performed again with Litfiba although not seemingly on a permanent basis.

Although only really well-known within Italy and Spain, Eros has sang on duets with many famous international artists.

These include Cher, Tina Turner, Joe Cocker and Ricky Martin among others.

His style is specialised in Pop ballads but also some Soft Rock with especially impassioned tunes.

This song 'Bucaneve' is a prime example of that style. A well-written ballad with an electric guitar adding some solid backing and with a wonderful solo.

Also worth noting are the upbeat acoustic number 'Parla Con Me', 'Cose Della Vita' with Tina Turner, 'Un'Emozione per Sempre' and his epic 'Musica É' an incredible song with Andreas Bocelli clocking in at over 9 minutes long.

First and foremost Alex Britti is a Jazz guitarist.

However such is his talent and curiosity that he has ventured into Blues and Rock.

He has even collaborated with Buddy Miles and Billy Preston in the past.

Songs like 'Solo una Volta' show his breezy side and a perfect song for the summer.

But you will find other styles present in his back-catalogue and his quirky touches without ever being overly experimental lend a fun quality to much of his music.Check out other songs like 'Fuori', 'Milano', 'Festa' and the haunting 'Nomi' which are among his best.

Another supreme virtuoso of the six-string.

If you are looking for variety then look no further than Pino Daniele.

His repertoire going back 40 years includes almost every musical genre.

As long as there was a guitar he would play Rock, Blues, Jazz, Acoustic, Latino, love songs or a combination of each and every genre.

He also played traditional Italian music especially from his hometown of Naples and had experimented with Arabian and Arican styles.

He was also well regarded amongst the international music club of equally gifted musicians. He collaborated with the likes of Eric Clapton, Robby Krieger and Richie Havens and also toured with Pat Metheny.

His real name if Filippo Neviani but adopted the nickname of 'Nek' for his first album in 1992.

With his goodlooks he is an obvious pin-up for many adoring female fans.

His style of music errs on the lighter side and includes many soft ballads aimed at the commercial market.

But he can let rip on occasion with some tremendous melodic rock on which he also plays guitar.

The best example of this is 'Congiunzione Astrale' but also check out 'Laura Non C'e', 'E da Qui' and the very catchy 'La Voglia Che Non Vorrei'. Nek also sings in Spanish which has helped him gain success in Latin America too.

Formerly the lead singer with the popular band The 883 who released nine albums mainly during the 1990s.

He is a big fan of Rock n' Roll and motorbikes, in particular the classic Harley Davidsons.

He writes about friendships and relationships sometimes with wit and humour

More leaning towards the Pop market and balladeering Biagio has still produced some marvellous Soft Rock tunes throughout his career since 1989.

He struggled at first but in 1992 the song 'Liberatemi' and the accompanying album of the same name saw him hit his form.

Since then songs like 'Iris', 'Tra le Cose Che Non Hai' the acoustic 'Quanto Tempo e Ancora', his vocal talents on 'Ti Ricordi Perché' and the cool, relaxing 'Se è Vero Che Ci Sei' have kept him at the top of his game.

Another artist on the soft side of the Rock spectrum the guitar playing Povia is very popular in Italy although courting controversy on social issues.

He is well know however for using music to help charities, he also appeared at Live 8 in Rome in 2005 and has written some terrific music.

Stand out tracks include 'I Bambino Fanno Ooh', 'Ti Asseggeró Piano' and the strange talk-through song 'Centravanto di Mestiere' which ends up with a superb guitar riff reminiscent of the style of Slash.

If you are looking for something really eclectic then Jovanotti exemplifies the imaginative artist who is not afraid to experiment with vastly different musical styles.

Beginning with Hip-Hop, Rap and Disco he has since developed into Funk, Ska with even Classical and foreign influences thrown in for good measure.

He had a big hit in 2010 with the song 'Baciami Ancora', an acoustic number that comes from an Italian movie of the same name. Other songs to look up depending on your taste are the funky 'Gimme Five', the drum dominated dance track 'L'Ombelico del Mondo' based on African music, 'Tutto l'Amore Che Ho', the ballad 'A Te' and this rollin rocker 'Il Più Grande Spettacolo Dopo Il Big Bang'.

Influenced by the likes of Bob Dylan and Pink Floyd Ray studied in England and then embarked on his musical career.

He toured extensively throughout Europe before releasing his debut album 'Recusant' in 2009.

This was followed up by another album 'Give and Take' in 2011.

This song 'Five O'Clock in the Morning' is one of his best along with 'Finding Rhymes', 'Gypsy Acrobat' and 'I'll Be Back Someday'

A performer since the early 1970s singer and guitarist Ivan Graziani was an exuberant rock n' roller.

With his music imbibed with a flair and a sense of humour he was a popular figure in Italian music.

This song 'Monnalisa' exemplifies this spirit of fun.

Other songs to check out are 'Pigro', 'Minu', 'Lugana Addio' and the ballad 'Signora Bionda dei Ciliegi' .

After struggling through the start of his career in the 1960s, Claudio first became popular in the 1970s and has remained at the top ever since.

Many of his tunes are lounge-style ballads evocative of the cool laid-back lifestyle of an Italian summer.

Among his most famous are 'Et tu', 'Mille Giorni di Ye e di Me' and 'Avrai'

However, this song 'Un Po' d'Aiuto' is one of his more modern songs and one of the best. A fine example of Soft Rock with a catchy melody it shows how he has kept up with the times over the years. Another excellent Acoustic-Rock number is 'Strada Facendo' which is also worth a listen.

Alessandro started his solo career in the late 1990s.

However he has also appeared with the band Giardino di Miró in 2003.

There have also been other collaborations such as with Amor Fou in 2007.

He is a former journalist and was inspired by Indie and Electronic Rock.

However he actually dropped out of music altogether for a while to work in a fashion house. But he is still singing now and some of his top songs to look out for are 'My Fragile Family', 'Casador' and 'Em's Song'

Well there's just a few of my favourites but I'm sure there are others I've left out. For that I apologise. But here are a few mentions in dispatches for other notable Italian Rock artists. Namely Edoardo Bennato, Ivano Fossati, Marco Massini and Enrico Ruggeri. But perhaps there are even more waiting in the wings. 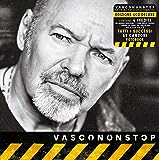 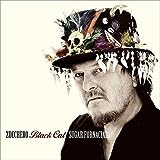