A land normally noted for passion, romance classical and high Opera in its musical tradition Italy has much to offer the modern Rock scene.

You will be hard pushed to find any violins, accordions, flutes or mandolins beloved of the traditional folk music of this wonderful country.

Not that there is anything untoward about these old-fashioned instruments but you may be hard put to Polka dance to these tunes.

This is Rock music, soft or hard, light or heavy it displays the talented exponents of the electric guitar and the tradition of uncompromising Rock n' Roll of the modern era.

Singing in English, with the darkly attractive Cristina Scabbia on vocals, Lacuna Coil offer a classy slice of Heavy Rock.

They blend sophisticated melody and beautiful lyrics on songs like 'Cold Heritage' as well as full on powerhouse tunes especially when bassist Andrea Ferro joins in in vocals.

Both styles combine on the track 'When a Dead Man Walks' and other songs to look up are 'Our Truth', 'Spellbound' , 'Heaven's a Lie' the ballad 'Within Me' and 'I Like it'.

Fast and furious exponents of classic Power Metal complete with fast guitars and keyboards underscoring drawn-out vowels that linger on the vocals.

Previously known as Thundercross and then Rhapsody they also indulge in the epic Symphonic Metal style beloved of those who like their music over the top and eloquent.

Check out 'Unholy War Cry' as a prime example which also has a voice-over by Christopher Lee.

Other top songs are 'Sea of Fate', 'Dawn of Victory', 'Emerald Sword' and 'Power of the Dragon Flame'

Swords and shields epics inspire this band from Varese as they expound on themes from medieval times as well as fantasy and mythology.

Founded in 1997, they were originally a Doom Metal band but have evolved a sound more akin with Heavy Metal.

Comparisons with similar bands like Manowar and Turisas are particularly relevant.

This is apparent when you look at the titles of their most popular tracks which are gloriously entitled 'Into the Battle', 'Steel of My Axe', 'Heathen Assault', 'In the Battlefield' and 'The Siege'

Veterans from the historic city of Florence.

Their music has been described as 'Epic Metal' and they are also from the Manowar school.

They have all the ingredients of Power Metal and lyrics full of ancient stories of legends, war, magic and other heroic adventures. For example they have incorporated excerpts from the Conan the Barbarian soundtrack in their songs.

Some of the best tracks to listen to are 'Tempest Calling', 'The Aquilonia Suite', 'True Believer', 'Ride of the Valkyries' 'The Hurricane Master' and 'Dragonlord'.

The result is a high-powered Gothic Rock combo inspired by such disparate influences as Iron Maiden and Depeche Mode.

They recorded an interesting cover version of Michael Jackson's classic 'Thriller' in 2010 but their own back catalogue has much strong material.

Described as a Melodic Power Metal band combining the soft and hard side of the Rock spectrum.

They were formed in Florence in 1999 by ex-members of a Bon Jovi tribute band.

Top tunes are 'Forever With Me, 'Message to the Stars', 'The Good and the Evil' and 'Vengeance'

This band can claim the unique honour of having invented a completely new name for a Rock genre.

Vocalist Luana and guitarist Dani came up with the title 'Rock Noir' to describe their music and in particular their storytelling lyrical style.

Singing in English and making the most of Luana's Italian good looks Belladonna are a big attraction.

With songs like 'Black Swan', 'Till Death Do Us Part', 'Mystical Elysian Love' and 'Foreverland' they have stamped their new style on the music business.

An exciting Nu-Metal band with all the right ingredients of a heavy guitar sound overlaid with screaming vocals and interactive Rap between singers Emo and Nitto.

Perhaps their best song so far is 'The Sharp Sound of Blades' which obviously is sung in English.

It also has has a furiously well-made video shot on a roof-top to accompany the music.

But they have also sung in Italian on other top tunes like 'Il Mostro', 'Evoluzione', 'Fantasma' and '66' which was a collaboration with the band Subsonica.

Raintime were formed in 1999 and come from Pordenone.

They are a hard band to easily categorise as they contain various different styles in their music including Thrash, Melodic and Progressive Music.

With the definite influence of Dream Theater in their sound they combine rasping vocals, heavy guitars with keyboards and melodic segments.

Best songs are 'Rolling Chances', 'Moot-Lie', 'Chains of Sadness' a souped-up version of MIchael Jackson's 'Beat It' and the beautiful ballad 'Finally Me'.

Taking their name from the famous Scottish play that canot be mentioned it is no surprise that this band are from the Gothic school of Rock.

Formed in 1995 they interchange male and female vocals to provide light and dark contrast to their sound.

Aggression and romance sit side by side in perfect harmony with the voices of Morena Rozzi and Andreas Cislaghi.

Songs to check out are their most well known song 'Without You' as well as 'Forever', H.A.T.E' and 'Moonlight Caress'.

Another Power Metal band from a genre beloved of many European rockers and fans.

Highlord were formed in 1996 with their debut album coming out three years later.

The use of keyboards lends a grace and polish to their otherwise hard-edged sound.

Their best songs are the Anime theme-song 'Pegasus Fantasy' plus 'All I Want', Scarlet Tears', 'Frozen Heaven' and 'We Are Gods'.

Formed in 2008 Mastercastle are another female-fronted band with Giorgia Gueglio on lead vocals.

They can also produce some effective European-style Power Metal with pounding fiffs and guitar shredding.

However they deliberately try to avoid categorisation and therefore have a varied output influenced by various genres of Rock music.

Check out songs like 'Last Desire', 'Princess of Love', 'Great Heaven's Climb', 'Words are Words' and 'The Phoenix'.

A French sounding name for this Italian Gothic band who mostly sing in English.

They are influenced musically by the darkside of Metal and lyrically with Vampires particularly and themes of the macabre and horror generally.

Formed in Alessandria in 1997 by guitarist Aldo Lonobile with 6 albums released to date.

They have a large symphonic sound that is AOR in style with soft guitars and plenty of keyboards.

Although they can play hard ball too on songs like the power-driven 'Gate of Wisdom'.

Other songs to check out are 'Recall of the Valkyrie', More Than Simple Emotions', 'I Won't Say a Word', and the epic ballad 'The Mystery of Love'.

Another Gothic Metal band who were formed in 1997 by the singer Morgan Lacroix.

Their first release in 2001 'Fairy Tales From Hell's Caves' was an old-fashioned concept album.

Their lyrics are replete with fantasy tales, gothic-horror and vampire lustsand the music atmospheric and full of passion.

Best songs from the band are 'Dark Lantern', 'Blight Thrills', 'Frozen Space', 'Child of the Moon' and 'Haunted Heart'.

A Folk Metal band formed in 1997 by founder members Ayden and Jarpen although the latter left the band in 2005.

They have undergone other line-up changes including the temporary loss of their singer Damnagoras for 2 years.

But they are rocking stronger than ever as the excellent 2010 song 'The Cabal' proves.

Other noteworthy songs are the catchy 'Divided Heart', the heavier song 'The Scythe', and also 'The Wanderer'.

Power Metal band with fast guitar work and anthemic choruses who have rocked Italy and beyond since the late 1980s.

Best songs in their forceful back catalogue are 'High Treason', 'The Roman Empire', 'Asgard', 'Gods of the Sea' and also 'Tales From the North' which actually includes a nice melodic guitar solo during the speed riffs.

Yet another Power Metal band who have been churning out the riffs since 1994 with a prolific output of albums.

This includes the series of 'Divine Gates' albums of which there have been 4 released to date.

Founded by Eddy Antonini their best tunes are 'The Scream', 'Soul of the Warrior', the eponymous 'Skylark' and 'Last Ride'.

They have enjoyed great success with record sales and extensive tours of the Far East especially in Japan. They also have a strong South American following.

But I'm not too sure about their idea to record a cover version of Mike Oldfield's 'Moonlight Shadow'. I'll let you decide on that. 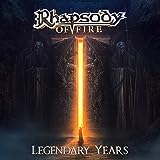 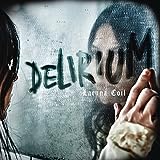