I bet you never guessed that there were so many Extreme Metal bands to have come out of Italy over the years.

It certainly took me by surprise as did the quality of many of the acts. The music is certainly a long way off from 'O Sole Mio', 'Volare' and 'Nessun Dorma'.

Here is a selection of videos containing some of the best Italian bands that come under the Death Metal heading.

Within that grouping you'll find Melodic Death Metal, Thrash, Metalcore and even some Progressive Rock touches among the hardest music around.

Perhaps not a definitive collection as I'm sure there may be more bands lurking around in the darkest nether regions of old Italia.

Created in Padova in 2003 these guys had an initial problem deciding on their name.

Originally called 'Glory' they changed to 'This Illusion' for a while before changing again to 'Bleed in Vain'.

Their line-up changed too as did their style of music from that of Symphonic Black Metal to Melodic Death Metal.

However after undergoing all these disruptions the band broke up in 2008 after only two album releases.

Best songs are 'As Deep As You Can', 'The Things You Own, Own You' and the mainstream sound of 'Crushing Level'.

Arising from the ashes of the 1990s band Animalator this Thrash band were formed in Bologna in 2004.

A popular outfit they have supported international bands like Exodus, Flotsam and Jetsam and Anthrax throughout a busy career.

It's fair to say though that their sound is inspired more by Metallica with the drums especially remiscent of Lars Ulrich's sound.

Top tunes to check out are 'Majestic March', 'The Last Order of God', 'Frozen Sorrow' and 'Route to Hell'.

A relatively new band on the scene Fleshgod Apocalypse started up in 2007.

Coming from Rome their style is Technical Death Metal with fast and furious guitar shredding accompanied by deep death growls from Tommaso Riccardi and the fantastic drumming of Francesco Paoli.

Top tunes are 'Thru Our Scars', 'In Honour of Reason', 'As Tyrants Fall' which has a genteel classical finale and 'Embodied Deception' which has a short and incongruous piano introduction. A handful of a band full of surprises

Hailing from Ancona they are described as a Psycho Death Metal band who combine an extreme sound with a self-deprecating sense of humour.

With full-throated growling vocals from singer Paolo Ojetti and intense music from the rest of the group they are an energetic crowd on disc and stage.

Founded in 1996 they were originally named Necronomicon but changed their name to Infernal Poetry the following year.

Stand out tracks to look up are 'Hell Spawn', 'Nervous System Failure', 'Crawl', Forbidden Apples' and 'Drive-Gig, Drive-Gig' which has a hilarious video about life on the road.

Founded by the multi-talented Ettore Rigotti in 2000 this Melodic Death Metal band were originally a Progressive Rock group.

Coming from Avigliana they underwent several changes in line-up before their debut album 'Nebularium' in 2001.

In later years the Swedish singer Bjorn Strid of Soilwork would collaborate with them.

Top sings to have a listen to are 'Celestial Furnace', 'Red Clouds', 'Perdition Haze' and the intensive 'Mind Tricks'.

Another Melodic Death Metal band hailing this time from Parma.

An understandable description considering their use of classical strings quartets and backing choirs.

Currently singer and band co-founder Mike Lunacy is the only original member still with the group.

Top tunes to look up are 'Dolls', 'Defaced', 'Heart of Leningrad' and 'Serenity'

Formed in Milan in 1986 Extrema are a Thrash Metal band who became very popular in Italy.

They opened for Metallica in 1993 in a memorable gig at the Stadio Delle Alpi in Turin.

Regulars on the festival circuit in Europe they have rubbed shoulders with international bands like Korn and Slayer.

They have even supported Italian superstar Vasco Rossi which seems an unusual combination in styles.

Among their best songs are 'Selfishness', 'Nature', 'Child a Boogaow', 'The World Decline' and 'Money Talks'.

With arguably one of the best band titles among Extreme Metal.

Gory Blister have been churning out brutal tunes for the past 20 years.

Formed in the metal hothouse of Milan in 1991 they are described as a Technical Death Metal band.

Their literary imagination extends to their unusual song-titles and lyrics too.

Look up tracks like 'Asteroid of Skymorphis', 'Void Made Flesh', 'Primordial Scenery', 'Anticlimax', 'The Descent' and a cover of '1,000 Eyes' originally by American band 'Death'.

Hailing from Pordenone Slowmotion Apocalypse were formed in 2002 with their first album 'My Own Private Armageddon' appearing in 2005.

Without a hint of irony they have been described as a Melodic Death Metal band presumably on the softer side of the spectrum.

This is because behind the screams and death growls you will find killer riffs and some fine guitar harmonies.

Songs to bend your ear to are 'Fuel For My Hatred', 'The Insomniac', 'Burial', 'Mothra' and a cover of Iron Maiden's 'Be Quick or be Dead'

Bulldozer are a Speed Metal band from Milan who were very active in the 1980s.

They have a sound reminiscent of Motorhead especially with the gravel-throated vocals of singer Alberto Contini.

They actually had to break up in 1981 due to National Service requirements before reforming and then voluntarily called it a day in 1992.

However they reformed again and released the album 'Unexpected Fate' in 2009.

Best songs are 'Ride Hard Die Fast', 'Fallen Angel', a football inspired song called 'The Derby', 'The Final Separation' and 'Neurodeliri' which has a fine church organ overture before the metal mayhem commences.

A Death Metal band with a heavy Thrash influence they formed in 1994 in Milan and have released several albums to date.

They have undergone many line-up changes through the years including three different singers and five drummers.

In fact there are no founder members left in the band. Their music has undergone changes too as their earlier Grind sound has developed into more Melodic Death Metal.

A very heavy band from Pisa who were formed in 2001.

Fast and furious with screaming vocals interspersed with growls they are full-on Death Metal.

Initially a covers band they quickly began writing their own music and the album 'Delirio No1' came out in 2004.

They are an exciting live act and have played alongside 'In Flames' and 'Opeth' on the festival stage.

Songs to check out amongst the mania are 'Nata Troia', 'Trenta Dinari', 'Mafia', 'Odio Chiama Odio' and 'Estinto Naturale'

Inspired by Napalm Death this band were formed in 1989 in Turin although it was 10 years before they released any output.

Not be confused with the Australian Hardcore band 'Mindsnare' they are proponents of the Brutal Death Metal genre and have recorded 5 albums thus far.

With deep growling vocals by singer and bassist Gigi Cassini and full-bore guitar sound they have been very influential on many bands in Italy.

Songs of theirs to look up include 'Blood and Dust', 'Broken Promises', 'Stronger Than Any Fate' and 'Black Crystal Sun'.

A Death Metal band who also have more than a touch of Progressive music in their sound.

They also released a Nu-Metal album called 'Lego' in the year 2000.

They began life in 1991 in Genoa but disbanded after the 'Lego' album before reuniting 5 years later.

Top songs from their back catalogue are 'One Thousand Memories', 'Breathing Cancer', 'Season in Silence', 'Tribe', 'Tearing Away' and the eponymous track 'Sadist'.

For novelty value there is also a devilish version of Ah-Ha's song 'Take on Me'.

Calling themselves an 'Extreme Epic Metal' band Stormlord were begun in 1991.

Healing from Rome it is then ironic that they sing about themes from Greek mythology amongst other historical subjects such as war and battles.

Most popular tunes are 'I am Legend', 'Dance of Hecate', 'And Winter Was' and 'Age of the Dragon'

They also gained notoriety for their 2004 song 'Under the Boards' which has a gruesome video and definitely not for the squeamish.

Founded in 1999 the Melodic Death Metal band Neptune began life as a local act in their home city of Verona.

They branched out further afield and after a couple of demos they released their debut album 'Perfection and Failure' in 2004 on their own label.

They eventually clinched a record deal with Noisehead Records in 2007 after several years recording and playing live.

Top songs worth a listen are 'Gearsoul Supremacy', 'Cluster' 'Machine Gun Revolution' and 'Stereogram of Convulsion'.

A refreshingly distinctive band who combine Thrash Metal and Progressive Rock with their own idiosyncratic vocal and instrumental highlights.

Another band from Verona and formed in 1994 although their first full album 'Aware' didn't see the light of day until 2002.

Their music also contains many influences from the Industrial music of bands like Fear Factory and also with echoes of Tool.

Not strictly speaking a Death Metal band they nevertheless have many characteristics of the genre including scream vocals and guitar shredding. Check out 'Black Narrow Eyes', 'The Clear Obscure', Under Grey Skies', 'Reflection' and 'Quagmire'.

A young Metalcore band from Rome who were formed in 2009 from a previous band called 'The Wax Mask'.

The band have a varied style of music including screaming, growling and clean vocals.

Songs to check out are 'Eternal Lullaby, 'Withered and Died', 'Metempsychosis', 'Holocaust Avenue' and 'Shapes of Mind'. 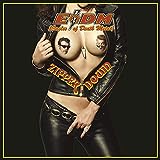