Gifts for the TBBT fan

If you know someone who is a big fan of the popular sitcom "The Big Bang Theory" and you would like to present him/her with a gift, then on this page you will see some options. These products have been used by the lead characters across various episodes of the Big Bang Theory. Some of them might appear as if they have been created specifically for the show but the truth is that they actually do exist in the marketplace. They might not come cheap but that's because they are unique and useful. Gift a friend, family member, child or just about anyone who is a big fan of the TBBT with one of the gifts shown here and they will be super happy! There are a variety of gifts included starting from interactive whiteboards to puzzle boxes that are sure to keep the recipients hooked.

This gift is perfect for those Big Bang Theory fans who are professionals or teachers who need to give presentations on a regular basis. In Season 4, you might have seen Sheldon explaining to the guys how they should be seated in a car for their road trip using his smart board [link]. This highly interactive smart board doesn't come cheap but it helps people learn easily because of its dynamic elements. You can write on it, drag and drop objects making teaching or presentations more fun.

Buy a Smart Board Online 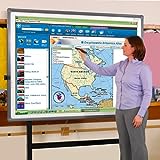 This gift is apt for all those Big Bang Theory fans who are also into music. Create your own unique musical masterpiece with this instrument which you'll find Sheldon using in one of the episodes of the Big Bang Theory. He of course doesn't know how to play it well and ends up irritating his team mates who are busy developing a new app. 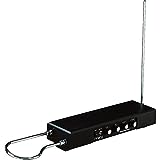 A super cool gift for a Big Bang Theory fan who is into gadgets. Sheldon uses a walkie talkie (also called a hand-held transceiver) to communicate with Howard during their road trip. This one has a 10 hour alkaline and 8 hours of rechargeable battery life making it the ultimate travel companion. The pack includes 2 radios, 2 belt clips, 1 dual drop-in charger, 1 charging adaptor, 2 NiMH rechargeable battery packs. 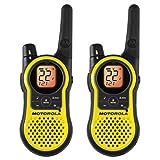 Watch movies in 3D with the help of these affordable and cool 3D glasses. Sheldon and his friends are seen chilling out at home watching a movie with 3D glasses similar to the ones shown below. This would be a perfect gift for a TBBT fan who is also a movie fanatic.Also they would make great party favors for a Big Bang Theory party theme because they come cheap.

The Big Bang Theory characters are seen playing a lot of Wii games. These include (but not limited to) rock band, fishing, bowling, archery games. If you have a friend who is a Big Bang Theory fan and who is also a gaming enthusiast, then this is the gift you should give him/her. Loads of fun hours guaranteed. There's a sing along mode which allows you and your band to sing together in karaoke style on any song you choose.

Sheldon used a Japanese puzzle box to hide his pen drive. Too bad Penny couldn't figure out how to use it and she chose to break it instead to retrieve the hidden drive [link]. The Japanese puzzle box has been around for years and it will make a pretty neat gift for a Big Bang Theory fan who is into collecting items from around the world.

You have to admit that the scenes where Sheldon folds up his clothes using his folding board are very amusing [link]. You can't help but wonder how cleanly these boards seem to do their job. The good news is that you can get such clothes folding boards online too at an affordable rate. Would also make a great gift for a Sheldon Cooper fan who seems to have a dire need of owning one!

Buy a Clothes Folding Board Online 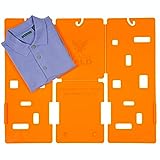 In one of the earlier seasons of The Big Bang Theory, you might have seen Sheldon and Leonard competing in a game of 3D chess [link]. This would make an apt gift for someone who is into chess and who has seen those scenes from TBBT or Star Trek. The set itself is gorgeous to look at and would double up as a good looking décor piece when it's not in use. And why shouldn't it be? The chess pieces are of sterling silver and 24 kt gold that would lend any room that its placed in a touch of royalty. 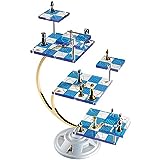 You must have seen Sheldon making some sno-cones with his Snoopy sno-cone machine [link]. This would be a perfect gift for youngsters who are big time into The Big Bang Theory or anyone who loves sno-cones.

In Season 5 you might have seen Sheldon playing with his Lego Star Wars Death Star II. After assembly (it includes 3400 plus pieces!), the Death Star II makes for a fascinating display product. This would make a perfect gift for a Lego fan or a Star Wars fan. If you can't afford this one, you can always go for the first version (displayed below). 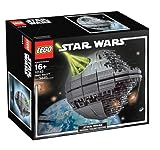 A shower curtain that features the periodic table of elements and made from EVA Vinyl.

Warning: This fun shower curtain might remind you of your horrid Chemistry teacher every time you decide to freshen up.

Take a moment to vote

Which is your most favorite product shown on The Big Bang Theory?