The Curious Case of Benjamin Bottom

This is a little known story,

dear reader, about a very curious case indeed. You see, once upon a time there lived a man, or rather a foetus, who remained tethered for nutrition to its mother. Benjamin was the name, which became in-famous due to the case involving him in which the Supreme Court had to decide on his age when it came time to determine whether he had ever become a “person.”

both strategies were attempted by the “Bottom camp”; First, a representative armed with documents purporting a power of attorney did indeed file a law suit on behalf of a “dead Mr. Bottom” claiming that he had died pursuant to the abortion. However, when it was discovered that his mother had not been pregnant at her death, this avenue was thrown out at the preliminary hearing. Then the Bottom camp filed again claiming that Mr. Bottom had survived the abortion and was alive but deeply damaged by the cutting of the umbilical cord, which left him penniless and homeless.

And here, the preliminary hearing tribunal heard about the strangest case in history about a “grown man” who had retained his contact with his mother for nutrition by an umbilical cord, never venturing out of the house and never needing to feed through the mouth. His mother, of course did indeed feed through her mouth taking food the normal way after cooking produce delivered straight to their door.

this was a case about il-legal abortion but a very strange case indeed as no other before it, nor since, has there ever been to compare to it. Let’s see now, how does it go…This Mr. Buttom filed a lawsuit against his family’s estate alleging that he had never been born but rather that he had been aborted when his mother died at age 85. At her death the umbilical cord was cut and this Mr. Bottom was aborted. At least this much is agreed to by the lawyers on both sides.

Where they differ is on whether the abortion was the start of Mr. Bottom’s death or birth. Because if he had died, the case would be rendered null and void as he would not be considered a person even if the case was filed by proxy. If he was born then a living being could, if considered a person, legitimately file a case of abuse of some sort.

Because this would have...

been the strangest case of manslaughter in history, the Bottom camp first tried to claim that Mr. Benjamin had been illegally aborted at his mother’s death when his “life line” was cut, no different than a foetus. The definition hinging on the fact that Mr. Benjamin should be considered both a person and a foetus by virtue of his oddball biology and his tethered condition should be considered no different legally than if he had been kept in a cage from childhood on…

The lawyers for the defendant family estate argued that even though Mr. Benjamin may have been a foetus by weaning, he was, especially after 18 years of age, an adult in body and mind, and could have taken measures to contact a doctor to sever the umbilical cord. And here dear reader is where age and feedback loops became a critical factor. At what point in time the lawyers argued does an ex-placenta “foetus” become a person? Who “killed” himself by effecting his own abortion?

Part 2: How the first story concluded and a second one began

And indeed, this is how the first story concluded and a second one began. Since doctors no longer made house calls, Mr. Bottom performed his own umbilical-cord chopping-abortion and since Supreme Courts no longer heard cases based in mythology as opposed to fantasy, where the former bears a resemblance to “reality” via a “truth” function where the latter bears none, Mr. Bottom became a rare sort of free agent in the world without a home nor an identity. And since the public prosecutor began to consider filing manslaughter charges against Mr. Bottom for killing his mother by severing the umbilical cord, he also became a ‘fleeing agent’ without a country…

then was the beginning of a fascinating peripat(h)etic career trotting across the globe by invitation from his mother’s relatives and friends of whom he became a guest of honor (since, if he was not known as a foetal-man by these friends, he was known instead as a sort of innocent-savant to whom everyone could confess their sins, family gossip, village gossip, political intrigues, proverbs, adverbs and every other verb imaginable). He was wined and dined; visited monuments, museums, libraries, famous cafes, and the great theatres and opera houses of Europe and America.

But most of all, Mr. Bottom, who now came to be called Agathon started a journal in the wee hours of the night when his hosts were asleep recording stories heard, anecdotes, folk tales, parables, local histories and so on…The journal in due time came to number in the thousands of pages and Mr. Agathon had to find a repository for his increasing volumes. He rented a bank vault in a little known country named Liechtenstein where a relative resided and where he a had reason to pass through on a regular basis. 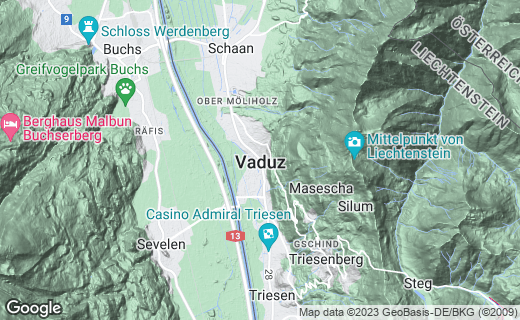 his Celtic relatives did not call him Agathon, but Angus instead (because of his predilection to accept the default choice in life’s opportunities instead of ambitiously choosing one path over the other). His American relatives called him Alison however because they never heard him complain or name drop.

But alas, just as his mother had died, eventually all his relatives and friends died as well, save for one odd sweetheart, so Mr. Agathon’s circuitous travels came to rest at her home in the hills of Ares called Areopagus. It was here that he finally lost his virginity at age 60 with a woman from his mother’s generation. After this time, he also lost any desire to write in his journal — having heard thousands of stories from all over the world as he also had occasion to accompany relatives on their travels into exotic lands.

Soon his sweetheart passed away also, bequeathing her house to him, which left him alone with the rising of the sun and the waning of the moon behind the Parthenon, which now had become a sort of religion for Mr. Agathon, having been parthenogenically begotten himself. He rarely ventured outside the house, except to buy groceries and have a collation at the traiteur and café below in the same building. He would rise with the sun in the morning and do prostrations to the dawn-lit golden Parthenon and again in the evening when it would turn ruby-gold once more. On the full moon he would receive a visit from his sweetheart’s grandson who had become a priest and Mr. Agathon’s only friend. They would dine on the terrace with the moon overlooking, sometimes from behind the Parthenon, sometimes from above it. Nobody knows what these two men discussed. Some think that Mr. Agathon was the young priest’s confessor. Others say that the two men were really brothers.