The Front Bottoms newest album, Going Grey, has some fans a little thrown with an even bigger jump towards the synth-side of things than their previous one, Back On Top. It's not like we couldn't see it coming, but still, I hope I am not the only one missing the rawness of their first. The album as a whole, to me, is a 6 out of 10. It still has catchy sing-a-long lyrics, and with Brian Sella's ability to tell a story within the song, the album managed to keep it's head above water. Not their best, but not their worst.

Cons of the Album

I will start with the negatives so I can feel better about ending on a positive note. However, that being said, I believe there is more bad than good to this one. Like I formerly stated, the band has jumped completely into the pool of synth, as the album before foreshadowed. The raw, unrefined sound they had in previous times sounded so much more true, and the music had a much more powerful message/sound behind it. Although a band has to change and evolve sometime, that doesn't mean this was the direction TFB needed to go. Another downside to the album is that their lyrics are moving closer and closer to the pop end of the spectrum. Don't get me wrong, the band has always flirted with crossing that line, but always seemed to be different enough to stay indie.

Pros of the Album

As much as I have ragged on the album (and rightly so) I have to admit that there are some hints of the band's old self once you listen all the way through. Although Sella seemingly crossed the pop line with a lot of the tracks, I can sense old Front Bottoms music in songs like "Grand Finale", and "Vacation Town" (at least at the beginning). In these two songs, and a few others, fans can hear Sella's pure emotion and poetic talent come out. That, along with Uychich's classic driving drums in the background, helps me be content with the new album. 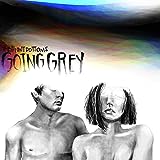