CAROLE LOMBARD died tragically in a plane crash at age 33. She was a beautiful and funny actress and a person I would have loved to have known. She was married to Clark Gable at the time of her death.

MONTGOMERY CLIFT died at age 45 from coronary problems. He was a brilliant method actor and was nominated four times for the Oscar. Clift is one of my five favorite actors. 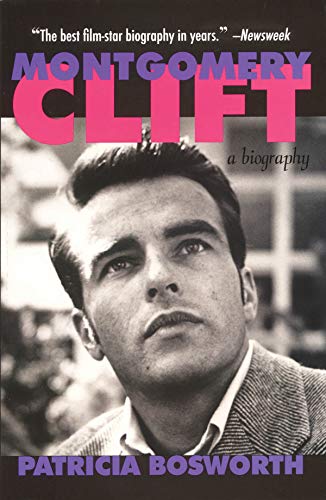 MARILYN MONROE committed suicide at age 36. She was a decent actress with a lot of sexual presence on the screen. She always wanted to be known for her acting instead of her body. She was probably more famous for her liasons with famous men than her movie roles.

ROBERT WALKER died at age 32 after making some excellent wartime films. He appeared to be a very nice, sincere and warm human being. He had that innocent air about him that made you trust him with anything. Then, along came the role as a villinous murder in Strangers on a Train. At one time, he was married to actress, Jenifer Jones.

JOHN GARFIELD died at age 39 after making a huge impression on the viewing audiences with his tough guy and ladies man image. One of my favorite gangster type actors. He was outstanding with Lana Turner in The Postman Rings Twice.

NATALIE WOOD died from drowning at age 43. She was simply a beautiful woman with a great talent. Look at that face. What a lovely person she was and what a talented actress. All three of the stars of Rebel Without a Cause died young.

RUDOLPH VALENTINO died at age 31 after becoming the most talked about film star in the silent era with his portrayal of The Sheik. His funeral caused near hysteria with the public and made his name even more famous and is still recognized tody. He died of complications from peritonitis.

MARIO LANZA died at age 48. He was the greatest tenor in the world and a decent film star. He had a history of over eating and would gain a hundred pounds and then lose it before making a film. His heart simply could not take the constant fluctuation any longer. I really enjoyed his interpretation of the great Caruso in a Hollywood film about the Italian opera star.

JOHN HODIAK died in the bathroom while shaving at age 41 from a coronary thrombosis. I really enjoyed his work. He filled in very successfully while major stars went off to war. He was married to actress Ann Baxter.

GAIL RUSSELL was another beauty that died from alcoholism at age 36. She left an indelible mark on her audiences with films like Angel and the Badman with John Wayne. She was on again and off again with the bottle and her career took quite a hit. She was very unique in her look and her soft speaking style of acting.

STEVE MCQUEEN is one of my five favorite actors. He died of cancer at age 50 after many fabulous roles in films such as The Great Escape and Bullet. He was the coolest of the cool and could be brilliant when he applied himself. His lifestyle was varied and for awhile even found him weighing close to 300 pounds and hanging out in bars with motorcycle types. At one time, he was married to actress Ali MacGraw.

JEAN HARLOW died of kidney failure at age 26. She was known as the Blond Bombshell for her sexy roles she played and her platinum hair. She died during filming of Saratoga and a substitute had to fill in for her final scenes. She co-starred with most of Hollywood's elite male actors and was considered a major star at this early stage of her career.

ELVIS PRESLEY died at 42 from complications with medications. He made several movies with many of Hollywood's beautiful starlets, but never achieved the stardom he wanted which was to be known as a great actor much like Marilyn Monroe desired. Of course, he did have the ultimate success with his singing career and is very much a legend still today. 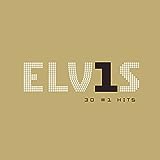 JAMES DEAN died in a car crash at age 24 after making just three films. However, his contribution to the movie business is legendary. The thought of what this young man could have done with his ability for many years to come is just mind blowing. What a terrific actor and such great performances from his films.

JOHN GILBERT died at age 38 from a heart attach brought on by alcoholism. He was a star of the silent era and known as the Great Lover and even rivaled the great Rudolph Valentino. It was undecided if this man could ever make the transition to sound films because of his voice.

JEFF CHANDLER died at age 42 from malpractice during a disc operation. He was a prematurely silver haired man which gave him a unique appeal to his audience. He is mostly remembered for his portrayal of Cochise in Broken Arrow for which he received an Oscar nomination. He repeated the role in two more films.

JEAN SEBERG committed suicide at age 40 in the back seat of her car in Paris, France. One of the most beautiful woman ever to grace the screen, she first achieved stardom by winning the role of Joan of Arc at age 18 in Saint Joan. She gained notoriety as a member of the Black Panthers during the sixties.

ERROL FLYNN died of a heart attack at age 50. Flynn had a very sensational life of booze and parties and women and adventure. He was famous for his Robin Hood portrayal and for his swashbuckler roles he played such as Captain Blood.

LON CHANEY died at age 47 from lung cancer. He was known as The Man of a Thousand Faces for his ability to change his appearance for his many film roles. His most famous was Hunchback of Notre Dame.

JAYNE MANSFIELD died in a tragic accident at age 34 in Slidell, LA on her way to an engagement. A beautiful woman with a dynamite figure, she was well known for her looks rather than her acting ability.

TYRONE POWER died from a heart attack at age 44 in Spain. He was the original Zorro in Mark of Zorro. Tyrone was known for his exceptional good looks and his romantic liasions with the ladies. He made dozens of films that included swashbuckers to light comedy. He was once married to the beautiful Linda Christian.

One of my very favorite actresses, ANN SHERIDAN, died at 51 from cancer after a career in dozens of films where she costarred with most of the leading men of the golden era. She was beautiful and talented and brought a certain sexuality and charm to her roles. She once married actor, George Brent.

LAWRENCE HARVEY died at age 45 from stomach cancer. A different sort of actor found him almost in a state of depression in all his films. However, I thououghly enjoyed them. Butterfield 8, Walk on the Wild Side, Of Human Bondage and the Manchurian Candidate come to mind. He talked very low and always frowned. I would have liked to see him laugh loud just once, but loved him in the roles mentioned.