The History Of Anime (Japanese Animation)

The glorious history of anime begins shortly before the second world war. Of course, everyone knows Walt Disney as the one of the first and probably, most successful cartoonists of all time. Though not many realize that his works inspired other cartoonists the world over. One country where his work had a great impact was Japan. As early as 1914, Japanese cartoonists experimented with different forms of animation. Overtime the Japanese style of animation diverged from the American styles in both character and genre.

Among the first notable Japanese animators were pioneers such as Kitayama Seitaro,Ōten Shimokawa, and Osamu Tezuka. These were also some of the same guys who started the small but growing "manga" market. As early as 1918, with Seitaro's Momotaro, Japanese animators began to receive international recognition for their work. And as early as 1932, the first official anime pictures went into production.

This first generation of animators, enjoyed critical acclaim for their innovative use of animation techniques and technology. However, WWII put a temporary hold on the growth of the industry. During this time, Japanese animators and cartoonists directed their efforts toward making propaganda in an attempt to assist the war effort.

Below is a youtube documentary, focusing on the early years of anime in Japan.

No historical account of Japanese animation would be complete without mentioning Osamu Tezuka, sometimes called the father of anime. Tezuka began drawing comics from the time he was in his second year of elementary school. By the time he was 17, he managed to produce mangas that would become national best sellers. Then later in 1947, a little after the war, Tezuka produced his first animated work Shintakarajima (The New Treasure Island).

Tezuka pioneered what is known as the "large eyes" style of anime; a style inspired by cartoon characters such as Bambi and Betty Boop. A good example of this style is Tezuka's widely celebrated Tetsuwan Atom; or as it is pronounced in english "Astro Boy" (shown in video above). Astro Boy became the first truly international manga created. Even to this day it is considered a cult classic among die hard fans. Later Astro Boy was made in a popular anime series in the 1980s. Then in 2003, the Astro Boy series was adapted into a 3d computer animated film. Tezuka's other works in anime and manga include Black Jack, Princess Knight, Phoenix, Kimba and the White Lion, Bhudda, and Adolf.

By the 1970s Tezuka had probably done more than anyone else in his time to further the popularity of both Japanese anime and manga. After his death in 1989, commemorative mailing stamps were put out in his honor and his childhood home was turned into a museum.

Below is another film analysis on the history of anime giving more detail about the post-WWII anime movement. 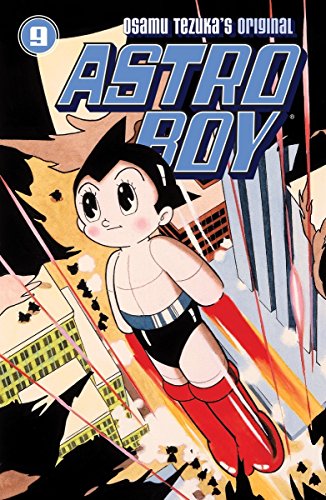 In the tradition of Astro Boy, the 70's also saw the emergence of various kinds of mobile suit/mecha anime and manga. These illustrations generally centered around the use of robots and/or human piloted machines. Among the series' included in this category are: Mobile Suit Gundam, Gundam Wing (shown above), G-Force, Battle of the Stars, Star Blazers, Great Mazinger and others. This category is a personal favorite of mine.

About one decade later you also see the appearance anime and manga in many divergent genres. Consequently, this led to an even greater audience and even greater worldwide acclaim for certain series. For instance, one of the most popular anime and manga series (possibly of all time) is Dragonball. This series, the brainchild of famed manga artist, Akira Toriyama. It focuses around Goku, a small alien child with a tail, and his adventures throughout the world. Later on the series would spin off into the even more popular Dragonball Z and Dragonball GT.

Other popular series from this era include:  MD Geist, Outlanders, Saint Seiya, Bubblegum Crises, 3 x 3 Eyes, Ranma 1/2, Ronin Warriors, the list goes on and on.

More than anything else, anime and manga have served as important exports of Japanese cultural identity. Across the world enclaves of anime and manga fans have gobbled up the best Japanese studio productions year after year. Japanese terms like "Otaku" and "Shinto" are more a part of international lexicon than they were maybe decades before.

In America, there are entire conventions dedicated to the worlds of anime, manga and cosplay. High schools, Universities and other educational bodies have clubs and associations dedicated to the exploration of anime, manga and the general wonders of Japanese culture.  Yet, cultural influences go the other way as well.  It is not uncommon to see a anime or manga series parody events that occur outside of Japan.  Examples of this include certain episodes of Samurai Champloo and FLCL (shown above).