The Longest Ride: A Movie Review

Coming to the movie, I mostly knew what to expect because I had read the book of the same name by Nicholas Sparks a few years back. I had a general idea of what was going to happen, but time has erased a few details in my mind. It is also fair to say that movies and books aren't always exactly alike and there's usually been some changes or additions. The basic plot of the book and movie are the same, but I did notice some details taken out and others added in their place although I thought the end product did prove to be a worthy contender for the book.

The basic summary of the movie is that boy meets girl in modern times during a rodeo competition. Boy notices girl and the feeling is mutual. Boy gives cowboy hat to girl and they get to talking and there is an attraction. Boy is a Southern gentleman named Luke Collins played by Scott Eastwood and girl is Sophia Danko played by Britt Robertson. Luke is a country boy and Sophia is a sorority girl in college about two months from graduating. Luke and Sophia start dating but there is always the looming obstacle of her moving away to New York when she graduates to work for an art gallery. Luke's life is very unpredictable because he is a bull rider and could die any day during a competition because it is a very dangerous sport. All in all, it looks like the odds are against this couple from the very beginning, still they manage to fall for each other and form a strong bond. After one of their dates, they are driving home and it is raining and they notice a car has crashed through the guard rails and off the road. In the car, they find an elderly man who is barely breathing and lucky to be alive. With the little strength he has left, the old man asks Sophia to take the box from his car. Sophia does this just in time because a few seconds later the car bursts into flames and explodes. It looks like Luke and Sophia got to the man just in time and save his life.

Luke and Sophia take the elderly man to the hospital and Sophia stays with him to find out his condition. The man asks Sophia to open the box and read him one of the many letters he wrote to his wife during their life together. From his point on, Sophia makes it a priority to visit the man often, even after he is discharged from the hospital and able to come home. She spends time with the man and finds out his name is Ira. Ira tells Sophia the story of him and his wife and their life together. Ira's wife has passed away a few years earlier and you can tell Ira is miserable without her and all he has left to remember her by are the paintings they collected together and the letters he wrote her. Sophia reads the love letters Ira wrote for his wife throughout their many years together out loud to him. When Ira is telling the story of his life with his wife, there are flashbacks and we see him and his wife Ruth when they were young and falling in love. The young Ira is played by the very handsome Jack Huston and the young Ruth is played by the beautiful Oona Chaplin.

As Ira tells his story, Sophia continues to date Luke. Sophia shares the struggles she has in her relationship with Luke to Ira. Ira gives her advice and is very helpful since he has a lot of experience in the romance and relationship department. I think the best part of the movie is the flashbacks of Ira and Ruth falling in love when they were young. It is love at its most purest and strongest. The kind of love I think all women would want to have. Ira was a gentleman who literally chased Ruth until he finally caught her and married her. They had many struggles in their relationship including Ira being shipped off to serve during World War II and his inability to have children after the injuries that he sustains in that war. It's not like Ira and Ruth's relationship was easy or without problems, but the love they had for each other was strong enough to overcome anything that came their way. You could tell how much Ira adored Ruth and that he would do anything for her, including giving her the choice to walk away when he found out he couldn't have children because he knew just how important having a family was to her. Ira would have done anything as long as it meant that Ruth was happy, even if it was without him.

A big theme in this movie is art. Ira and Ruth were art collectors and had many famous and expensive paintings that they collected over the years. Sophia was also an art major in college and shares that passion with Ira. This is something they have in common and that transcends their age difference. I think Ira and Ruth's love story inspires Sophia to try harder in her relationship with Luke. It gives her an idea of what true love is supposed to be like and how she might just have found it with Luke.

I won't give the ending away, but if you have seen other Nicholas Sparks movies you know that someone dies. This is true in this movie as well. There is also a happily ever after. Overall, I thought the movie was done very well. Although I consider The Notebook my favorite movie that is based on a Nicholas Sparks book, this one comes in a very close second. I didn't like how some things were taken out. For example, in the book, Sophia has an ex-boyfriend, Brian who causes problems with her and Luke. I think this would have added extra drama to the movie but it was completely taken out and there was no mention of Brian at all. Movies that are based on books are usually a big disappointment, but this one seemed to be able to hold its own and was very good in my opinion. What I liked most about the movie was that it made the viewer believe in love again. The kind of love we all want and look for. The kind that doesn't seem to exist very much anymore. In this movie, Luke brought flowers for Sophia on their first date which I thought was very sweet. He was also a real gentleman in other ways much like Ira was in his day. This kind of movie makes you believe that maybe there are men like this left in the world today. The kind of guy who would chase a girl and make her fall in love and then spend the rest of his life proving to her that he is worthy of her love and lucky to have her. The kind of romance where you only get married once and spend the rest of your life with that person until the day they die, like Ira did with Ruth. The kind of man who writes love letters. I don't know if there are many men like this now, they sure don't make them like that anymore! That's what real romance means to me, unlike the modern day fiction of casual dating and friends with benefits. This movie leaves the viewer with the question 'what happened to real love?' 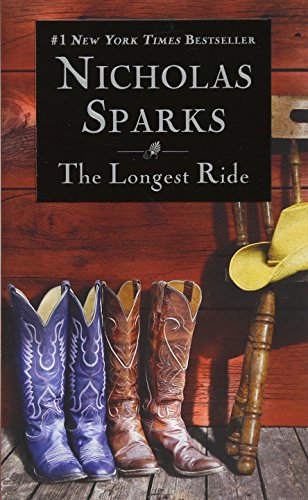 When You Love Someone- By: Bryan Adams