Marvel's Cinematic Universe, and Why It's Changed the Industry

Michael has been an online freelancer and writer for many years and loves discovering and sharing about new experiences and opportunities.

The Marvel Cinematic Universe, as we all know, was set up with the first Iron Man movie in 2008 by introducing Samuel L. Jackson as Nick Fury in an end-credits scene. First off, I feel it’s important to note that I had little-to-no knowledge of Marvel Comics, or indeed DC Comics, before all these productions started rolling out. And that’s because I’m a movie guy. I like the cinematic portrayal of a story because I’m too lazy to pick up a book or a comic. I want to see the emotions, the visuals, and the physical transformations without imagining them in my head. This is where a solid movie with strong performances and spectacular effects comes in.

I’m not saying that every Marvel Cinematic Universe movie has this, but they do do it pretty well. They also do something else particularly well: character arcs. Sure, given the advantage of spreading a character out across multiple films is a bonus—but this is the point. Through the structure that Marvel has set up, viewers are no longer mindless bodies who pay to get stuffed into cinema seats until the story is told. Instead, they are treated to a compelling narrative that is more like seeing an old friend. And when that segment ends, they already feel excited for the next installment—because they know it’s going to happen. This is a quality that Marvel has been first in the movie market to capture.

The Marvel Cinematic Universe effectively invites you over for a beautiful day of barbecuing and storytelling, and pretty much guarantees you another invite for another memorable outing with the people you know and love; and sometimes it even adds a few new faces. Marvel was the first to recognize that there was this type of innate desire amongst moviegoers to become part of a fictional family and to see updates on their lives, and Marvel is the first to set the trend for it. This secret of Pandora’s Box, however, has been unleashed. My hunch says that DC Comics won’t be the last ones to follow suit in creating a character universe, and I don’t think movie fans’ desire to escape into a familiar fantasy will ever be fulfilled.

Below are just a few of the many Marvel Cinematic Universe movies that have come out since 2008. As you can see, there has been consistently high box office earnings across years, with many of the films crossing the $1,000,000,000.00 mark.

What's even more fascinating is the studio's ability to be consistent across titles, and even across genres. This is the effect of the shared universe: They are bringing in audiences from other films simply because of the interconnectedness. And that is an amazing piece of marketing.

Indeed, Marvel producers believe so strongly in this brand that it has enabled them to bring their audience a more regular and easy-to-access fix. The spread to television was the first step, with the release of Marvel's Agents of S.H.I.E.L.D in 2013.

Marvel’s Agents of S.H.I.E.L.D is good for the same reason that the Marvel Cinematic Universe films are: it takes its time. At its beginnings, a lot of people complained that the show was too slow-paced, that there wasn’t enough action from the get-go. It may be true that the show is limited to what Marvel properties it can use that aren’t reserved for places in the films, and that there is a long process of making sure that the story told doesn’t directly overlap or give spoilers about future films, but this is also what makes the show very well thought-out.

It’s also because Marvel’s Agents of S.H.I.E.L.D has to be so cautious in these areas that makes it so well-told and paced within the MCU. With the announcement of films all the way to 2020, and perhaps even beyond that, Marvel can’t use Agents of S.H.I.E.L.D as the show-stopping number—that’s what the Avengers are for. Instead, they use the show to fill that hunger the audience feels in-between the summer and winter blockbusters. They’re giving people their fix, one little episode at a time.

A series that is continuously thrown curve balls with movie tie-ins is one that makes us feel that movies are real; that they have an effect beyond the two-hour cinema experience. There is a sense of continuation and audience participation in that universe. And with additional venues through the

Agent Carter miniseries, as well as the bulk season releases of Daredevil, Jessica Jones, Luke Cage, and Defenders on Netflix, Marvel is consistently adding more depth to its stories in a way that’s never been done before. And the slow-paced reveals that take place along the way and crescendo with movie tie-ins make viewing Marvel’s cinematic history in sequence all that more enjoyable. And beyond this, audiences now have three separate venues to engage with great superhero stories. 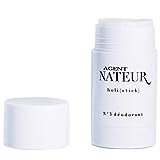 Marvel’s Agents of S.H.I.E.L.D was the pioneer behind a wonderful, audience-focused venture to bring more interrelated content to peoples' lives, and this has changed the movie industry.

My recommendation? Get your hands on the

movies and the TV series and binge-watch them in sequence, which you can do by following this Marvel Cinematic Universe timeline. It’s one hell of an entertainment experience.